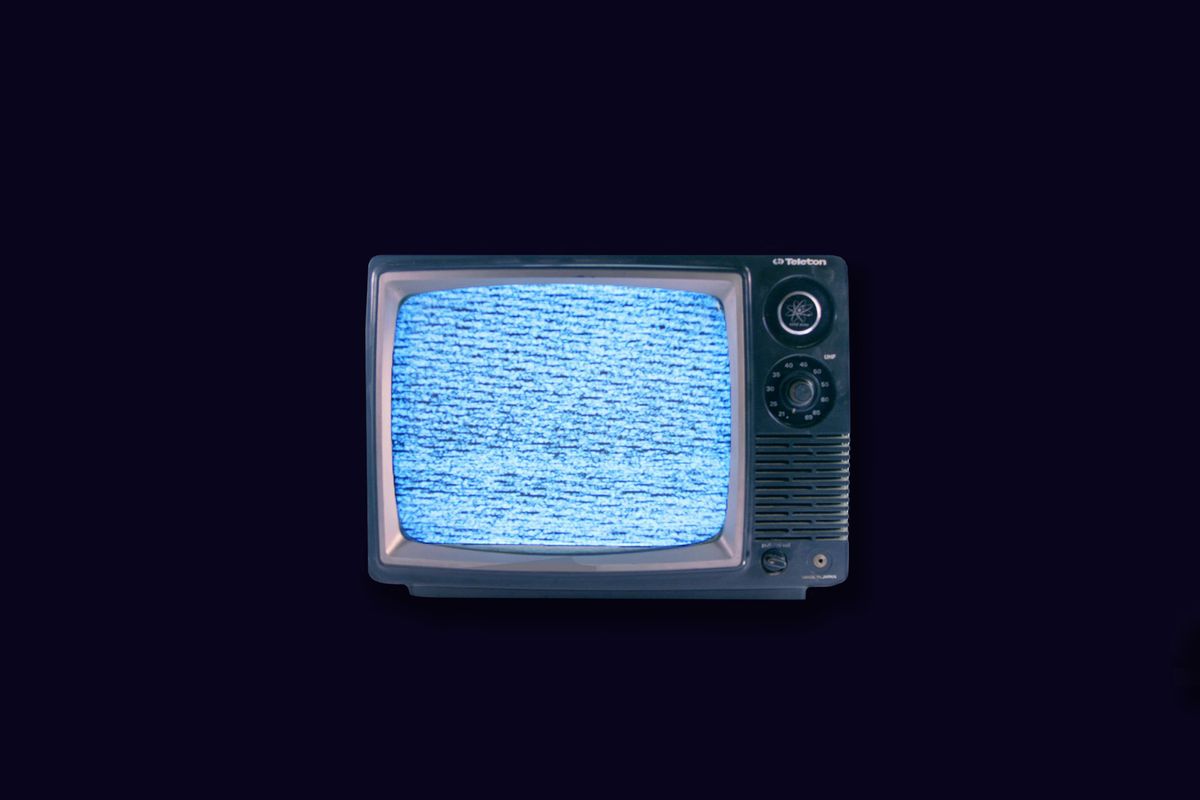 "I'll have a Trenta, no-foam, five-shot half-caf, no foam pumpkin spice latte with no foam at 210 degrees." One of this decade's finest television lines crawled from the lips of Kappa Kappa Tau president Chanel Oberlin, played by Emma Roberts draped in a fuzzy pink throw. She led FOX's Scream Queens, which featured not only the world's most extra pack of sorority sisters, but also a cheesy serial killer, college campus dean skilled in fighting, and a vlogger with a candle-sniffing addiction. Niecey Nash played special agent Denise Hemphill, Keke Palmer slayed as Zayday Williams, and Lea Michele preyed as the murderer in a neck brace.

In just two seasons, the show decorated laptop screens around the world with designer brand motifs, vagina teeth, witty one-liners, cliché horror-movie screams, and MCAT study tips. (Just cheat!) Scream Queens, canceled prematurely but beloved by stans, was Ryan Murphy at his most completely camp — it's just one of the mega-writer-producer-director's beloved and decade-defining TV shows with an unapologetically queer bent.

Related | From How-Tos to Hauls: Ten Years of Beauty YouTube

Alongside frequent collaborators Brad Falchuk, Ian Brennan, and Alexis Martin Woodall, Murphy should be hailed as the co-creator of mainstream hits and cult classics that won over both fans and critics, although they always appeared written with mainly the former in mind.

You can call a lot of Murphy's work pop television. With the music-focused Glee, which sprawled FOX's screens for the first-half of the 2010s, that was literal. To massive success, Glee portrayed the unionizing of William McKinley High School's misfit, sexually curious choir groupies as they sang their way through regionals, nationals, and puberty. It included Whitney Houston, Britney Spears, and Madonna song covers, and cameos from the likes of RuPaul's Drag Race queen Shangela and Sex and the City star Sarah Jessica Parker. More crucially, Glee's storyline invented the high school experience many of its LGBTQ+ viewers wished for, while at the same time thoughtfully addressing the experiences they most feared. Chris Colfer's character was relentlessly bullied, mostly and ironically by the in-the-closet jock Dave Karofsky, who attempted suicide in season three episode "On My Way." Murphy sought out his characters' identities, locating and exposing them, challenging gender norms, and living for the shock twist.

Related | Race to the Top: Ten Years of RuPaul

The show's gay and lesbian romances — groundbreaking even in the early 2010s — were undoubtedly impactful on audiences and future TV writers. Glee was, for me, one of the first portrayals of gay representation on TV that I could even kind of identify with. It first aired when I was entering middle school, and ended as I was about to exit high school — I didn't come out until I was in college, but Glee made it seem like that eventual moment could turn out okay. Kurt's father's acceptance of his son provided a fantasy example of queer acceptance.

At the other end of the Murphy spectrum, embodying a totally different vision of camp, sits American Horror Story. Lady Gaga memorably revolutionized its fifth season Hotel as The Countess — a sex-driven, blood thirsty, and incredibly chic monster of the night. Or rewind back to AHS: Coven, as Frances Conroy exhumed high-fashion and taste as Myrtle Snow, Angela Bassett ruled as a voodoo queen, Jessica Lange's Supreme spawned memes, and Stevie Nicks proved a memorable guest star.

Related | Rise and Fall of the Reblog: Ten Years of Tumblr

Both Hotel and Coven established Ryan Murphy's voice superbly, and the nine seasons since have delivered yet more quotable lines and leading ladies — notably Sarah Paulson, a now-frequent Murphy collaborator. It's the melodramatic mixing of life and death and past and present that's made American Horror Story worthy of a cult fandom.

POSE — created and written by Murphy, Falchuk, and Steven Canals — adds yet another layer to his pop culture oeuvre. With stars like Billy Porter, Mj Rodriquez, Angelica Ross, and Ryan Jamal-Swain, its late-1980s portrayal of ball scene culture won Porter an Emmy and catapulted him to mainstream fame. The show's depiction of sex work, the AIDS crisis, womanhood and motherhood, and the beauty and loneliness of fashion is informative and enchanting, vulnerable and necessary.

Related | Decade of the Barb: Ten Years of Nicki Minaj

It's also camp, obviously. Indya Moore, who plays the "frostiest bitch in New York" Angel, delivers gag upon gag and look after look. Dominique Jackson's Elektra Abundance walks with grace, leg, and "daffodil realness." In one of many fan-favorite scenes, Abundance has plans to "deck these fucking halls" in a cherry red ensemble as she and Lulu steal $2,300 from the Salvation Army Santa — Elektra secretly schemes to pay for her sexual reassignment surgery. While striking a serious note, the show manages to keep the laughs coming.

The duality is Murphy's specialty. You see it in 2011's first AHS instalment Murder House, and in the most recent season 1984, when Cody Fern's "gay-for-pay" character's "porn-daddy" dies after checking out Matthew Morrison's enormous bulge through a shower peep-hole. We can't forget The Politician's Dusty Jackson, who declares that all gays really do is "munch butts and celebrate Halloween." Legendary.

Ryan Murphy shows have invented a mode of pop-camp that's ubiquitous now: a wave of characters, plots, and aesthetics that have fully integrated into internet and offline culture. You gasp. You laugh. Maybe sometimes you cry. Even as seasons end and shows are discontinued, they live on via memes and Netflix.

If you were sleeping through the 2010s instead of binge-watching Ryan Murphy, well. In the words of Pray Tell and Chanel #1, the category is decade-defining, award-winning TV realness. Disagree? You must be new here.