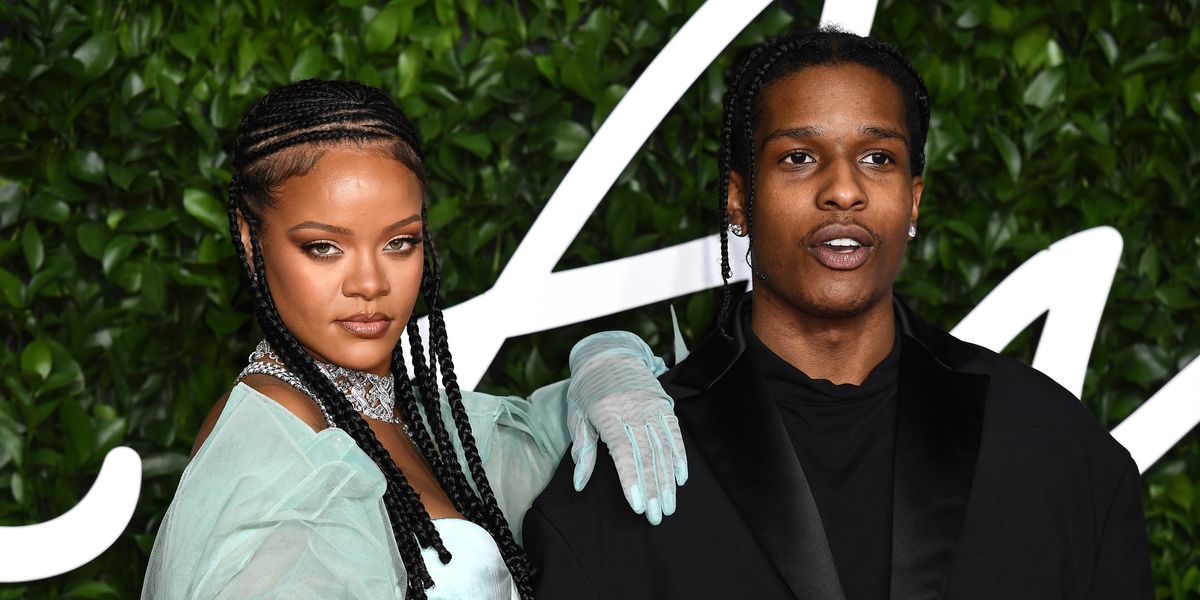 Over the weekend, Rihanna took to her Instagram to show off the first campaign for her forthcoming Fenty Skin line.

Featuring models like Halima Aden and Paloma Elsesser, the star-studded ads touting a "new culture of skincare" naturally caused quite a stir — especially since the pop star/makeup mogul made sure to emphasize that Fenty Skin is "for my fellas too" with the inclusion of Lil Nas X.

However, Lil Nas X wasn't the only guy to make an appearance in the campaign alongside Rihanna. As some pointed out, her long-rumored beau A$AP Rocky was also featured. And given that the two reignited dating speculation in January shortly after Rihanna's split from Hassan Jameel, it didn't take long for the internet rumor mill to gear back into action.

Not only that, but as New Hot Hip Hop noted, Lil Uzi Vert also couldn't help but use the opportunity to troll Rocky by replying with a cheeky comment. Per screenshots of the interaction, Lil Uzi Vert replied to Rihanna's post by writing that, "I was a side n***a once" — a joke that raised more than a few eyebrows about the reality of a Rihanna-Rocky relationship.

Neither Rihanna nor Rocky have responded to the speculation. Either way, Fenty Skin debuts July 31 and you can check out Rihanna's campaign teaser, below.

THE NEW CULTURE OF SKINCARE. FENTY SKIN drops July 31st exclusively on fentyskin.com! Sign up at fentyskin.com for early access to cop it before the launch 🙌🏾