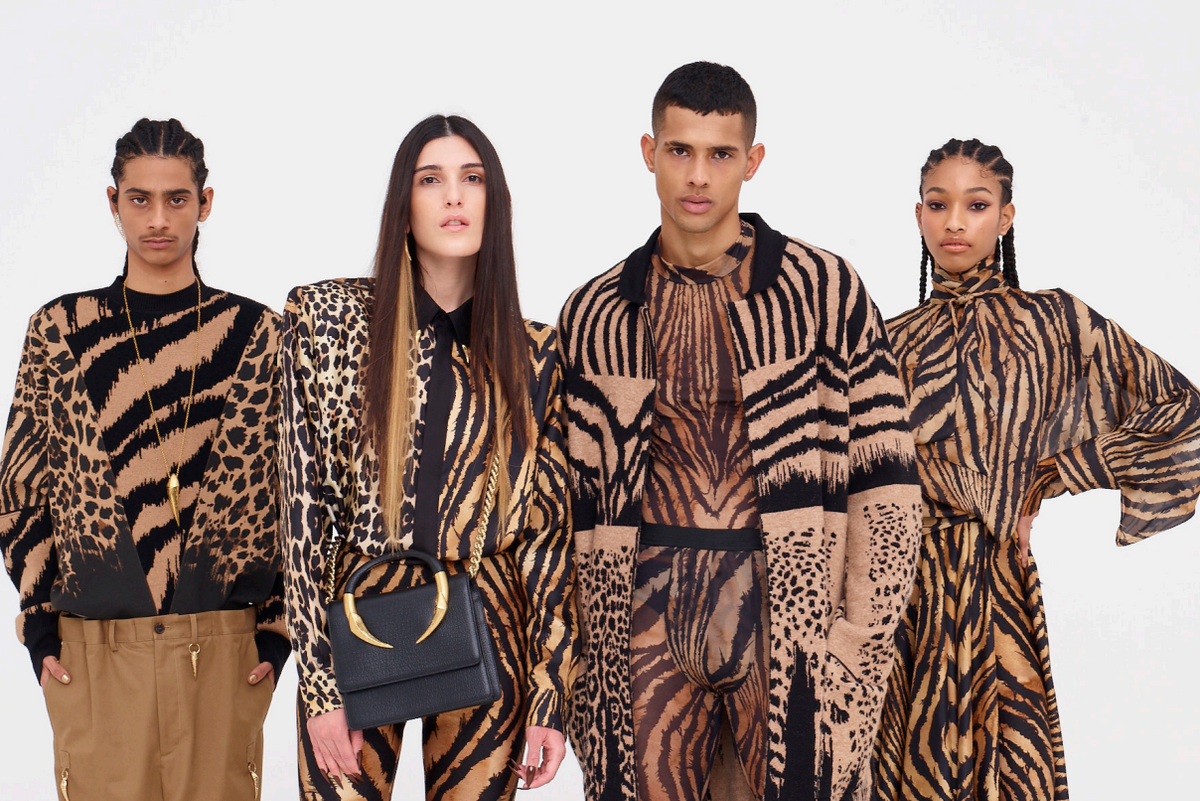 There's a particularly bonkers scene in Sex and the City where Aidan makes Carrie purge her entire closet mid-fight before holding up a Roberto Cavalli top that causes his distressed girlfriend to utter the words, "Don't do that, don't mock the clothes." The brand's name was mentioned three times in that episode alone, an amusing little tidbit that otherwise signaled just how much of a cultural force Roberto Cavalli was during the late '90s and early aughts.

Though the designer first burst on the scene in the '70s with his hippie-inflected sportswear, it wasn't until closer to the turn of the millennium — when the red carpet became the celebrity fashion marketing vehicle we know today — that Cavalli became synonymous with the glamour and excess of his sexy, animal-print gowns (Jennifer Lopez and Aaliyah were practically walking billboards for the brand).

Since he stepped down from his label in 2014, however, the brand has seen a flux of designers come and go (Peter Dundas, Paul Surridge) at a time when Cavalli's original glamazon, sexpot aesthetic was no longer all the rage. Last October, the company announced Sicilian designer Fausto Puglisi as its new creative consultant, marking a new chapter for the famed Florentine house that takes place today with the unveiling of Puglisi's first collection for Fall 2021.

"The times have changed, you can't be blind," Puglisi told PAPER in a preview of the collection over Zoom. "I want it to be very focused on what's going on now in the world." In keeping with the fresh start, the brand's first Instagram post after wiping everything clean this month is a flag with tiger stripes and jaguar spots (a nod to the founder's penchant for animal prints) with the caption, "United States of Cavalli."

The flag's blanket approach and symbolism acts as a visual manifesto of sorts for the diverse and inclusive direction Puglisi wants to take the new Roberto Cavalli in. For his debut lookbook, he cast models from across the age, gender identity and race spectrum, including transgender Spanish actress and Veneno star Daniela Santiago.

Puglisi, who previously held a stint as the creative director of Emanuel Ungaro as well as his own eponymous label, brings a wealth of experience working at the intersection of fashion and celebrity. Perhaps most memorably, he's collaborated with Madonna on numerous occasions throughout her career, and she handpicked him to design Nicki Minaj and M.I.A.'s looks for her Super Bowl performance.

His flamboyant, Baroque sensibility is not unlike Roberto Cavalli's highly decorative and revealing approach to dressing. But for this outing, Puglisi was intent on toning down slightly some of his overtly eccentric inclinations in favor of a more grounded approach. "I wanted to take off the kind of flashy drama and bling bling, which I like in a way, but I really have to breathe through the time we are living," he says, pointing to a neutral bias-cut dress that references an archive tiger-print look first modeled by Cindy Crawford and recently worn by Kim and Kourtney Kardashian as an example of this new outlook on simplicity.

Indeed, the animal prints Cavalli is associated with — zebras, jaguars, tigers — are blown up and exaggerated in bold patchwork collages and trompe l'oeill-effect jacquards. Giant animal-shaped fangs and claws are used as the heels in footwear and as clasps in leather clutches. Elsewhere, there's an emphasis on daywear and more casual elements like puffers, sweatshirts and denim, all rendered in the Cavalli prints.

With his debut Cavalli collection under his belt, Puglisi hopes to build on the inclusive and welcoming narrative he established from the get go. "Roberto Cavalli used to define himself as the king of parties," he says. "It was such a great kind of sexy. It was connected to Italian cities. But now, what's the party of Cavalli? It's the party where people of different cultures, different body shapes, different skin tones and different identities all come and live together."