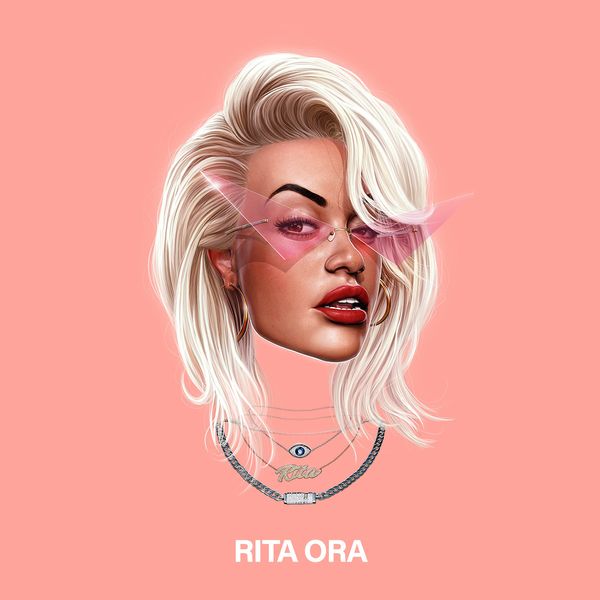 A booming bass and slithering synth have never led a song astray, and they immediately establish an aggressively joyful tone on "Girls," Rita Ora's stacked collaboration with pop stars Cardi B, Charli XCX, and Bebe Rexha.

Released as the days are getting warmer and the final memories of winter hibernation slip away, "Girls" is primed to be a summer jam. It details hazy summer nights spent sipping red wine and rolling Js over skittering drums, layered, echoing vocals, and an unrelenting synth line.

PAPER caught up with Ora to chat about writing and producing the song.

There are so many amazing women on this track. How did you decide to work with Cardi B, Bebe Rexha, and Charli XCX?

I wrote the song like two years ago and just put it in my back pocket. When I brought it back out, Cardi was the first person to jump on it. It really turned into its own thing and became a powerful message that I really believed in. I played it for Charli XCX because I've known her for so long. I said "Listen to this!" And she said, "Rita, I've got to be a part of this. This is so powerful. This is such a great message for right now!" And then I messaged Bebe and she was also on board. I've wanted to work with Bebe for ages because we're from the same country. I feel like all these girls wanted to be part of something they knew was very important, so I'm very proud of the support I have from my fellow collaborators.

How do you think this song is culturally relevant, right now?

It's like the perfect time. People are going to take what they take to the song, but all I wanted to do is show freedom and a sense of individuality. [It's also about] me as an artist being able to build confidence to be at this point of my career. It has taken me a while to get to this point. I'm very proud of who I am and who I've become I am as a woman and as a person.

Do you feel like it's a queer feminist anthem?

I think this song is not about gender or even sexuality for that matter. This song really is about telling and showing people that you can be what you want to be and that was the message I had in the mind. When I wrote it that's how I felt. It really represented freedom to me.

"This song really is about telling and showing people that you can be what you want to be."

What do you hope listeners take away from "Girls" when they listen to it?

I just want them to feel a sense of acceptance in whatever it is they're going through. And I think that's what this song is. It's for everyone and it's an open door of good vibes and positivity, and having the ability to still speak on this crazy world we live in. Even if you don't agree with what the message is. The fact that we were able to do that is beautiful on it's own.

It was actually done pretty quickly, it was me and a few other writers in the room and I just [said]. "Can you imagine if you made like a crazy anthem for pop stars?"

And you said you wrote it a few years ago. How did you decide to come back to it?

It was just because every time [I would go out] I would play it for my friends. Usually when I know to do things like that's how I know there's something special. Sometimes, when I'm wasted that's how I test my songs. I play it to my friends or if I feel like I want to dance to it when I'm wasted, it's a good sign.

Do you feel like this song is a good song for partying and going out to?

It's prime time for summer anthem.

That was also my goal to make it a summer anthem, and it is sort of.

I'm also interested in the production behind it. It's very intense and layered. What your rationale was behind making it so sonically full and textured?

It started so minimal to be honest. It was just on a guitar, and then it built into this chant. Then it really just turned into this almost like pop-hip-hop kind of back beat and it took on a life in its own really.

You said the writing process was quick. What about the recording process?

That was quick too. I did mine first and the girls knew what they were doing and they just went in. Everyone kind of got their stuff in and out.

What were their thoughts on the final product?

They love it. They keep messaging me. Everybody is just really excited. I think that's a good place to be.

And you've been working on the music video too, right?

Yes, definitely. We've been filming it over the past two weeks. Whenever the girls are free it's very hard working with such busy females I can assure you.

The video is so fun. His name is Helmi. He's a French director. The film is just really cool the video is like something I've never done before.