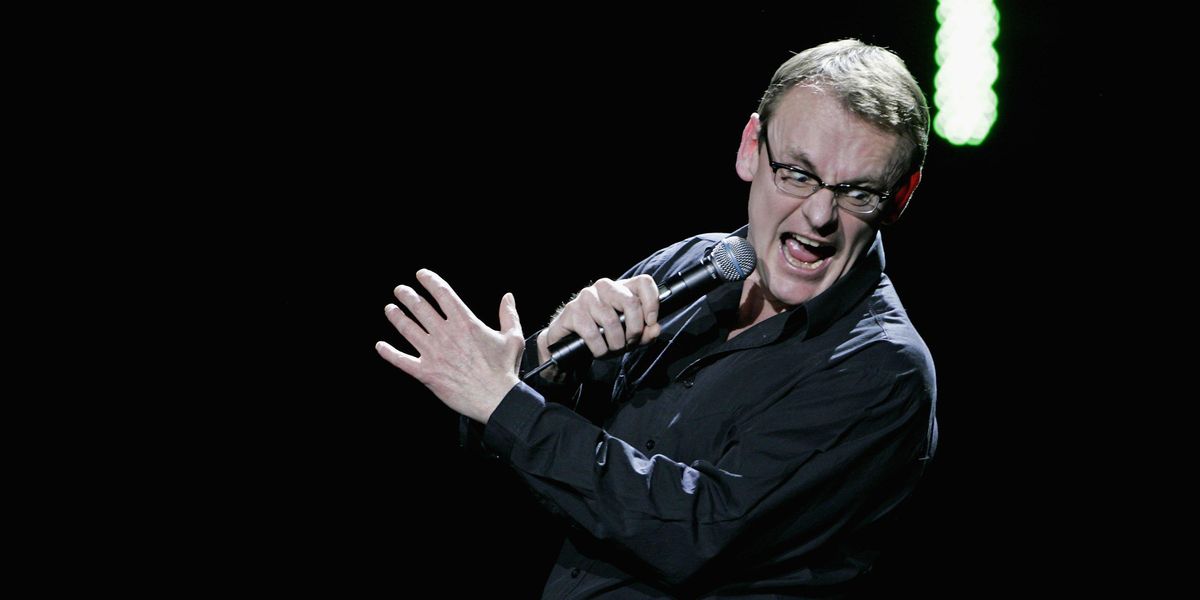 British comedian, Sean Lock, has passed away at the age of 58. An agent for the comedian confirmed to the Guardian that Lock passed away from cancer at his home, "surrounded by his family."

Beloved for his quick wit and deadpan brand of absurdist humor, Lock was perhaps best known for his 18 season run as a team captain on the Jimmy Carr-hosted comedy panel shows, 8 Out of 10 Cats and its spinoff 8 Out of 10 Cats Does Countdown. Lock was easily became fan favorite with bits like carrot in a box, challenging wanks and his ongoing bromance with fellow comedian Miles Jupp being just a few viral highlights.

In addition to his work on 8 Out of 10 Cats, Lock has also co-hosted The Big Fat Quiz of the Year alongside James Corden, and prior to that wrote and starred in the 1990s cult hit sitcom, 15 Storeys High. "Sean was one of Britain's finest comedians, his boundless creativity, lightning wit and the absurdist brilliance of his work marked him out as a unique voice in British comedy," Lock's management team said in a statement. "Sean was also a cherished husband and father to three children. Sean will be sorely missed by all that knew him."

Several prominent British comedians including Jimmy Carr, Stephen Merchant, Bill Bailey, Jack Whitehall, David Mitchell, Joe Lycett, Aisling Bea and more have all tweeted out messages mourning the loss of their colleague. Even Ricky Gervais tweeted out his own message, writing, "One of the funniest, most influential comedians of a generation."

Such sad news. RIP the great Sean Lock. One of the funniest, most influential comedians of a generation. A lovely man. 💔
— Ricky Gervais (@Ricky Gervais)1629282524.0

It’s heartbreaking to lose my dearest friend Sean Lock , he was a true original, a wonderful comic. All my thoughts are with his family.
— Bill Bailey (@Bill Bailey)1629282313.0

So sad about Sean Lock. He was such a special comedian. One of the quickest, most naturally witty people I’ve ever… https://t.co/fhVYIcuw4K
— Jack Whitehall (@Jack Whitehall)1629293574.0

I was very shocked and sad to hear of the death of Sean Lock. It was always a privilege and inspiration to work wit… https://t.co/SPR1VxZd4O
— David Mitchell (@David Mitchell)1629308610.0

Check out some of Sean Locke's shining moments, below.