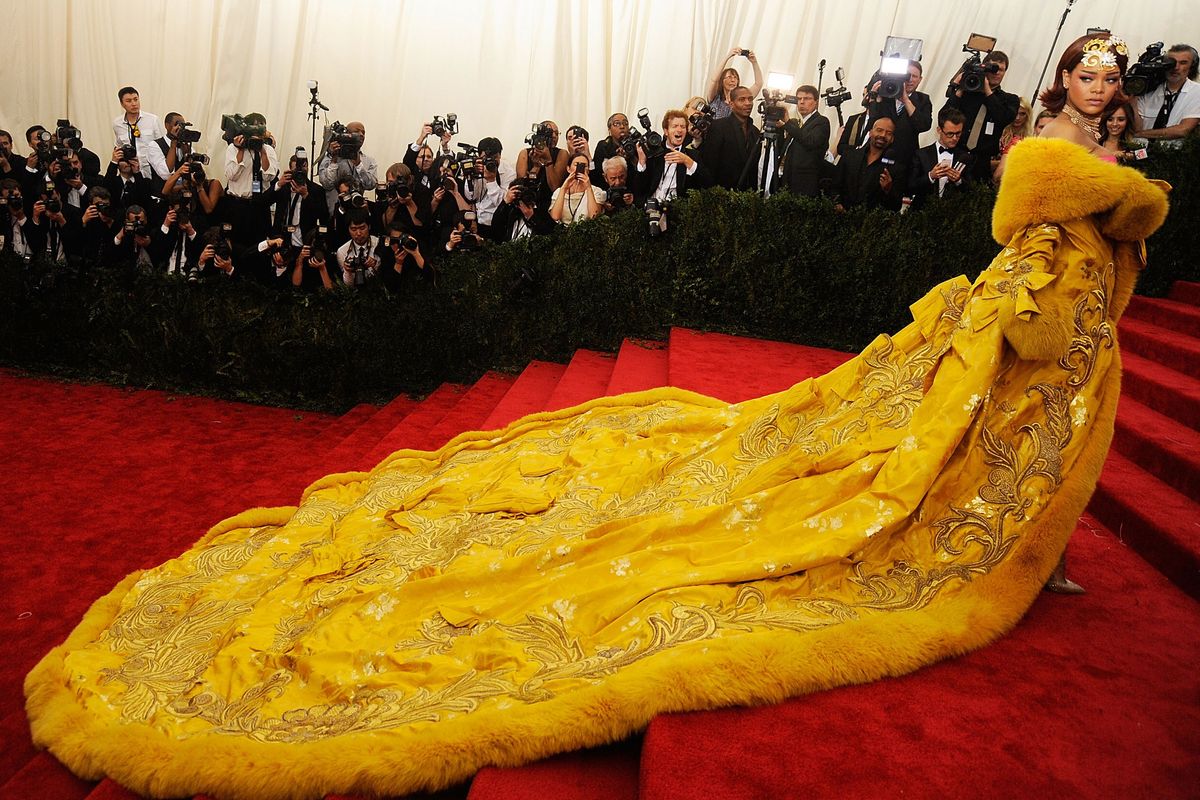 Of all her many memorable Met Gala moments, Rihanna's yellow 2015 gown with its 16-foot train remains the most striking. Not only was it made into a meme, but it arguably forecasted the Gen Z Yellow trend we are now living through. Even more interesting than the dress itself, which weighed 55 pounds and was made with gold thread and fox fur, is the dressmaker — Chinese couture designer Guo Pei.

A new visually stunning documentary, Yellow Is Forbidden, tells the story of Guo's life growing up in China. In the trailer (below), Guo describes how the world of fashion was completely unfamiliar to her as a child, and in an example of the sort of confined culture typical of the time, that her grandmother told her the color yellow (or gold) was reserved for the emperor and not allowed to be worn by commoners. Made by filmmaker Pietra Brettkelly, the documentary does explore how the Rihanna moment happened (Guo didn't know who the singer was when she first asked to borrow a dress), and how it brought wider exposure to Guo.

But mostly the film charts Guo's 30 year career as one of the top couture designers in China following the Cultural Revolution, her fight for recognition by the Chambre Syndicale de la Haute Couture in Paris, and her inspiring views on womanhood.

Watch the trailer for Yellow Is Forbidden, below: