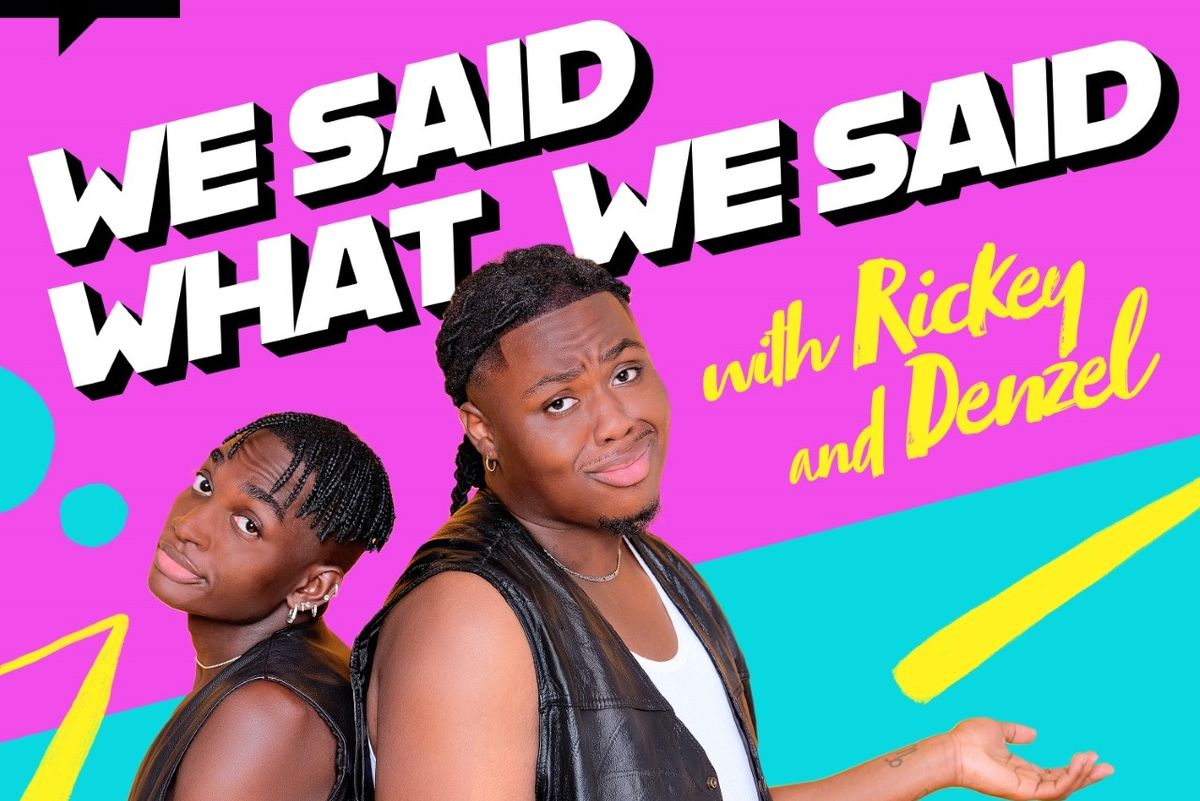 Rickey Thompson and Denzel Dion Were Born to Host Podcasts

Surprise! Internet superstars Rickey Thompson and Denzel Dion's podcast, We Said What We Said, is now available to stream exclusively on Spotify. Described by the two besties as covering "everything that matters," the show will see them discussing topics such as pop culture, sex, partying, love, music and friendship, as well as dishing hot takes and advice.

Speaking to PAPER from Denzel's apartment in LA, the social media entertainers shared their excitement for the project. The last time we caught up with the duo, they had just released the Snap Original series Road Trippin'. The series was filmed in January, before the coronavirus pandemic took over our lives, so working on We Said What We Said has been a motivating distraction from all they had planned for 2020.

The project was born out of demand from fans, but also because the creators wanted to explore a format without the time constraints of TikTok or Instagram: "We've always wanted a podcast — a lot of people have been asking. I guess people just like hearing us talk and they wish there was more, and 30 minutes of audio, works better than 30 minutes of video and audio. You can listen to a podcast while working out, cleaning, cooking," shared Dion.

Thompson and Dion plan to use the opportunity to get more "real and raw" than they have previously in other ventures. While their fans know them for their comedic videos and fashion content, We Said What We Said shares a different side of Thompson and Dion with the world. Thompson says that their presence will be a toned-down version of what fans are used to, all in the effort of keeping it real, "We're over here telling stories a lot of people don't know about us," he says, with Dion adding: "There's just something about having the conversations that we haven't talked about."

And while the show will address important issues, the duo want it to remain a therapeutic time for escape, if only for the duration of an episode: "We want to make a space where you laugh, you cry, you just get all that negativity out and don't think about what's going on in the world right now, even though we have to think about it, but it's okay to step away from it, just for 30 minutes," says Thompson.

Fans can expect guests on the show, but the hosts won't be giving any special treatment. We Said What We Said will be getting to the nitty gritty of what people want to know, with Dion sharing: "We're not holding back. We want all of it, we want all the questions, we want to start the conversation and get the answers to questions they always dodge." But most of all, Thompson and Dion want their show to be inspiring to their listeners. Aware of their unique position as individuals with millions of followers, many of whom look up to them, the duo want to create an aura of positivity around their podcast. "I really want people to leave this podcast with inspiration, just happy about being themselves, just a really good feeling. I want you to cry. I want you to take this time to get away from anything you're going through that's negative and just create a positive space," says Thompson, with Dion adding: "I want people to feel liberated, feel relief and inspired. Because we both come from different walks of life, I feel people can relate to our stories, what we've been through, what we're going to go through, and take our lessons."

With the arrival We Said What We Said, Thompson and Dion have now touched virtually every facet of modern entertainment, having acquired large followings across Vine, Instagram, TikTok, YouTube, Snapchat and now podcasts. So is there anything left that they want to do? "HBO, Hulu, Showtime, Fox, CW," Dion admits, with a laugh, as Thompson eagerly agrees. But for now, you can join them on their latest venture, which comes down to "two friends having real conversations that we all have, but doing it publicly."

Stream the first episode of We Said What We Said exclusively on Spotify below.