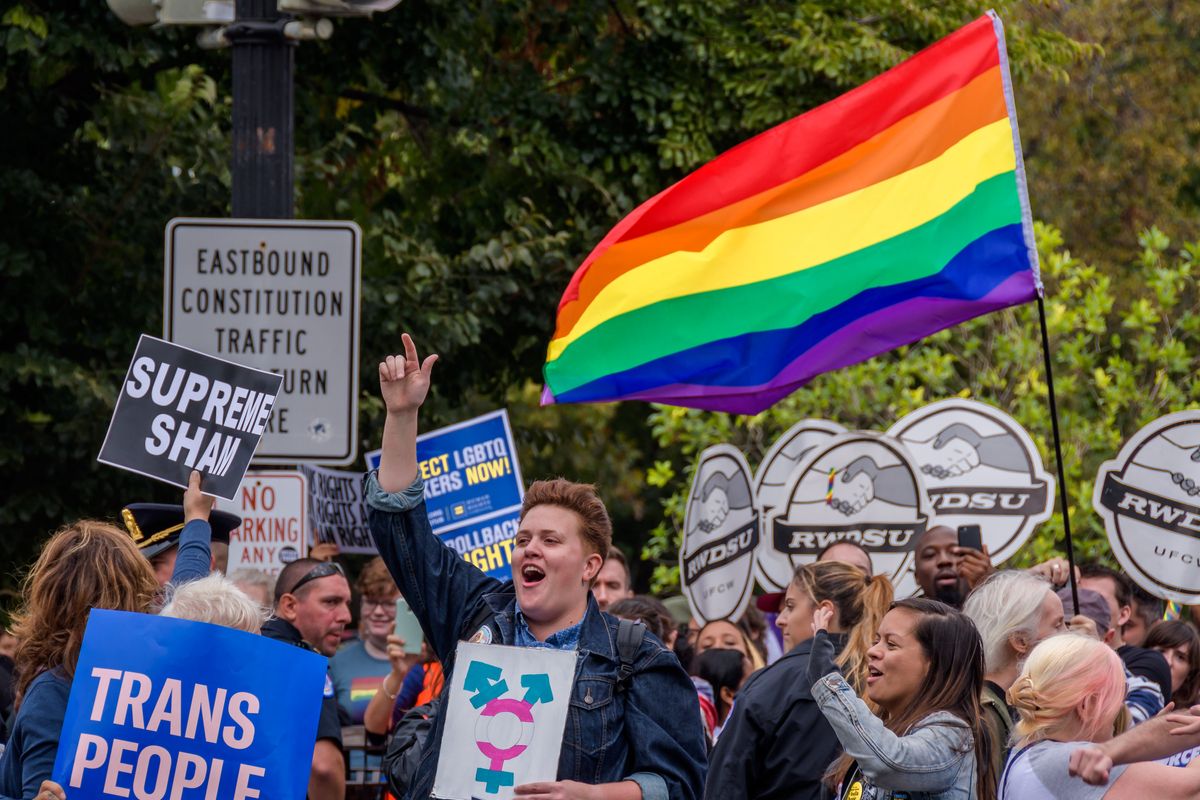 Having definitively failed to pass a series of discriminatory "bathroom bills" targeted at transgender people, Republicans in state legislatures across the country are at it again — and this time they're specifically going after trans kids.

A new crop of bills being introduced in Missouri, Florida, Illinois, Oklahoma, Colorado, South Carolina, Kentucky and South Dakota by state Republicans are taking aim at doctors for treating adolescents with gender dysphoria. They're criminally punishing them for prescribing puberty blockers and hormones with fines, potential prison time, and even going so far as to classify gender-affirming care as child abuse.

FYI the matter of 7 year old James Younger is being looked into by the Texas Attorney General’s Office and the Texa… https://t.co/tIjz5ZXKij
— Greg Abbott (@Greg Abbott)1571875084.0

The legislative push has likely been spurred by the case of a seven-year-old trans girl, Luna Younger, at the center of a contentious custody battle playing out in Texas. Last September, Judge Kim Cooks overruled a jury's decision to award sole custody to Younger's mother, Anne Georgulas, over her father, Jeffery Younger, who refuses to recognize Luna's gender identity. Under their "joint managing conservatorship," or joint custody, the Texas court couldn't justify interfering with either parent's point of view.

In the weeks after the ruling was handed down, the case became a flash point for conservative pundits. The flood of stories, all predictably skewed against Luna's transition, has spawned a mass disinformation campaign aimed at hormones and puberty blockers, rekindling old myths and misconceptions against these treatments. All this despite the fact that puberty blockers only delay the onset of puberty and that medical transition usually only begins after a series of assessments with physicians and psychotherapists.

In effect, these proposed bills would force kids with gender dysphoria into a body that could be potentially even more triggering. It's a move that could put the lives of 150,000 trans youth at risk, effectively cutting off necessary care to those already medically transitioning and removing the option entirely for others questioning their gender identity or considering treatment. It has been well documented that trans and gender-nonconforming youth are 13 times more likely that their cisgender counterparts to develop mental health problems, a statistic that would only be exacerbated by being barred from potentially life-saving medical care.

Following Trump's announced ban on transgender individuals serving in the military in 2017, calls from people who identified as trans to the Trevor Project's suicide hotline spiked dramatically and practically doubled after the aforementioned Texas "bathroom bill" was introduced. The Trump administration has already rolled back protections implemented during the Obama administration that placed transgender students under Title IX, demonstrating a clear disregard for the health and safety of trans lives and deliberately putting them in harm's way. We are likely one Fox News segment away from seeing the President throw his full support behind this latest push to curtail trans rights.

The National Center for Transgender Equality provides extensive information on ways to support the trans and nonbinary people in your life and community.