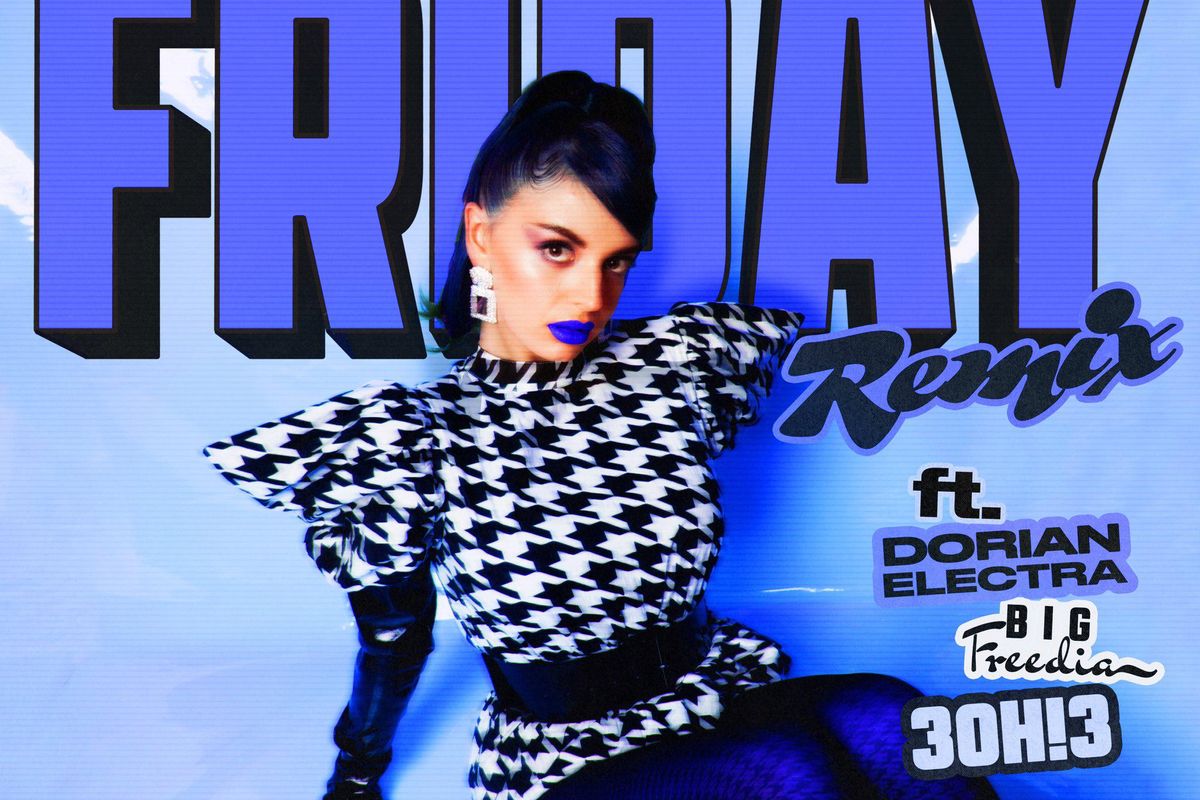 It's February 10, 2011 and life's good. You have a chunky, block-shaped iPhone 4 in the passenger seat, swag rag dangling off your left shoulder and a snapback on while driving down the street. Suddenly, the radio announces a new song by someone you've never heard of. "Friday?" Rebecca Black? You shrug and let it play. By the end of the addicting pop song, you're belting its chorus out the window from the top of your lungs. Fridays will never be the same.

Ten years later, Black is marking the 10th anniversary of the song's release with a remix that looks to capture the spirit of the original while boldly stepping into the world of today. The singer has announced the "Friday (Remix)," which will feature Dorian Electra, Big Freedia and 3OH!3. It's set to be produced by Dylan Brady of 100 gecs, meaning that this will be an iconic reimagining unlike what we heard a decade ago.

"I'd had the idea to do this remix of 'Friday' for years leading up to now, but honestly it was also mildly insane for me to think anyone else would want to be a part of it," Black said of the release. "As I started talking about it with other artists and producers, I couldn't believe how stoked people were about it. I am thrilled to have some of my favorite artists (and people) as a part of the moment."

Big Freedia also declared her excitement, "When they asked me to be on the remix, I was like 'Yass,'" she said. "'Friday' defined an era and changed the music industry! It was a fun project."

Earlier this year, Black made her comeback, after years of dealing with cyberbullies and trolls, with the release of "Girlfriend." On the song, she embraced her queerness with an optimistic outlook. Speaking to PAPER, Black said, "'Girlfriend' represents a new chapter for me, both in its sound and in the fact that since coming out, there is now a whole new layer of myself I'm sharing openly with my audience. It feels so good to celebrate queerness and I hope this song can be a form of that for everyone else when they listen along."

Check out Black's tease about her "Friday"remix, up above, and revisit the original, below.