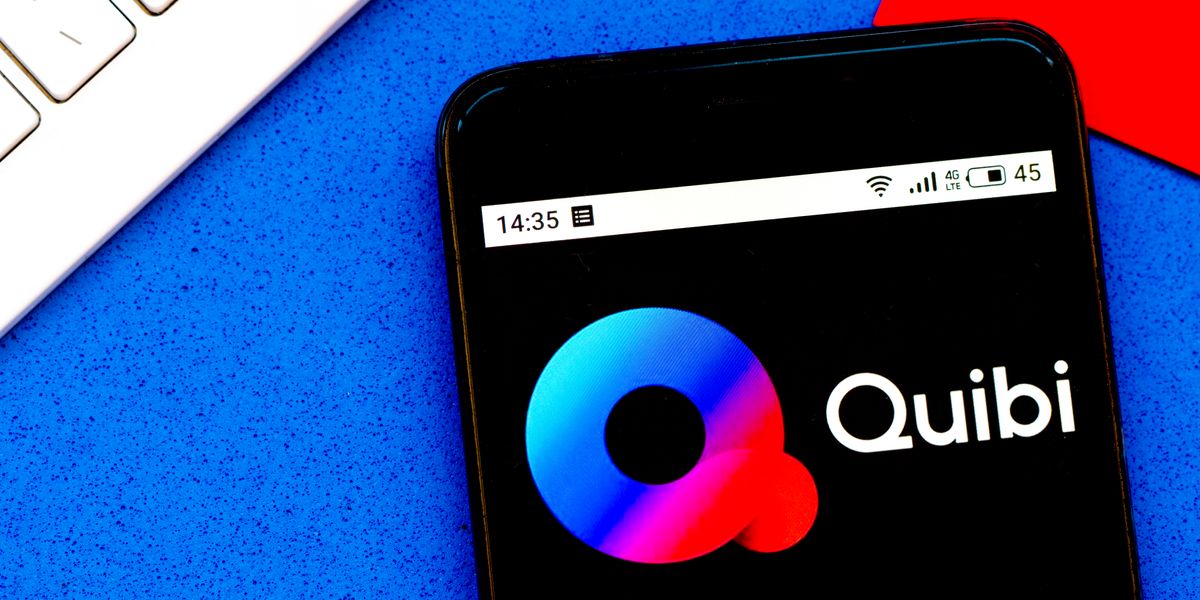 After six months in operation, it's official: Quibi, the short-form video streaming service, has announced that it will be shutting down.

Launched this past April, Quibi looked to take on an already crowded field by setting itself apart from competitors like Netflix, Hulu, Amazon, Apple and HBO by offering 10-minute bite-sized shows that were only viewable on your smartphone.

Co-founded by industry heavyweights, Jeffery Katzenberg and Meg Whitman, Quibi raised nearly $2 billion in venture capital ahead of its launch and promised a massive slate of original programming with tons of big name celebs like Chrissy Teigen, Anna Kendrick, Liam Hemsworth, Sophie Turner, Jennifer Lopez, Chance the Rapper — and pretty much anyone with a verified Twitter account or decent following that wanted a show.

The media hype behind Quibi in the couple of weeks leading up to the platform's launch was almost suspiciously ubiquitous with every several major publications positioning the service as being a bold, new disruptor for the industry. On paper, it seemed like a recipe for success that won over investors and stars, but Quibi's downfall would ultimately be its failure to convince the general public to buy in, as well.

The writing had been on the wall quite some time with Sensor Tower reporting a 90% drop off in viewership after the service's three month free-trial expired in July, which is a number Quibi strongly disputes but has never provided data to back up that claim.

Reports that Katzenberg was trying to convince Apple, WarnerMedia and Facebook to buy Quibi had started to surface in the past couple of months, and when that didn't work he tried to get Facebook and NBCUniversal to at least pick up content. Unfortunately, it seemed that no one was biting.

feel like celebrities treated Quibi the way writers do airline/luxury magazines: fat check AND no one will ever not… https://t.co/XrFYeKUaCw
— Joe Coscarelli (@Joe Coscarelli)1603309676.0

Judging by the reactions that have popped up today across social media, literally everyone saw this coming. Many will undoubtedly spin the news as being yet another casualty of the pandemic, but perhaps Quibi's fatal flaw was its Silicon Valley startup myopism that prevented it from recognizing that its service was simply something nobody wanted.

In an ironic epitaph for the bite-sized platform, the Wall Street Journal noted that Quibi bows out of the game as the shortest-lived streaming service to date.