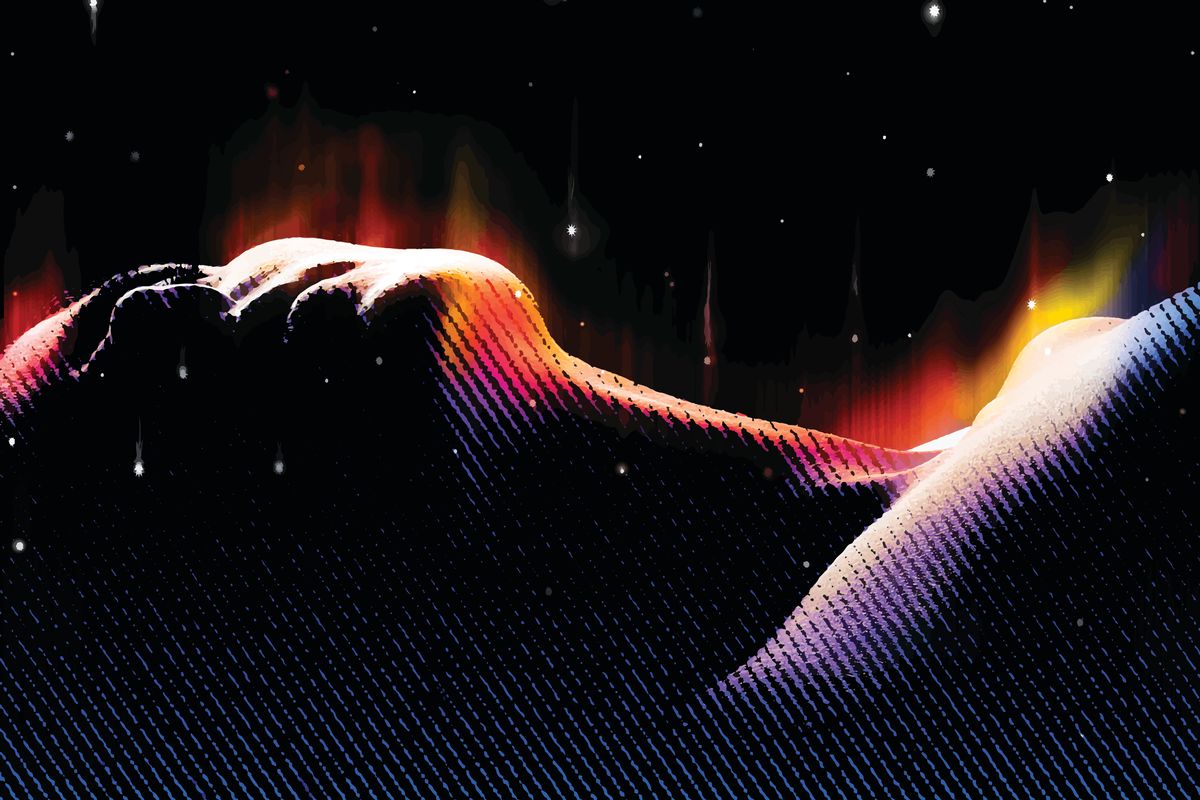 Psychic Sex and the Art of Connecting With Future Lovers

It's no secret that sex is about so much more than just physical touch. But as some people will tell you, this idea also extends to the possibility of experiencing pleasure with your partner from a distance via psychic connections — and the good news is that anyone can feasibly do it with some practice.

In a nutshell, practitioners of psychic sex believe that you are able to connect sexually through the merging of thoughts and souls on another plane, all thanks to the energies that exist between us and our partners. And while you may initially be skeptical of these otherworldly forms of connection, as Urban Tantra Founder Barbara Carrellas explained, these "mystical connections happen to a whole lot of people, but tend to be dismissed" as dreams or made-up fantasies.

"People don't talk about the power of sex energy, but it really is the fast path to the mystic and anything we're erotically attracted to," she said. In addition to having had psychic sex with people "thousands of miles away," she's also received some of her most important visions through these moments — to life-altering results.

"Sex is more than a physical release of tension by touching genitals," she said. "It's something bigger and broader. It raises our energy and releases tension. But this energy also connects us to all that is, something that's way more than what we were led to believe."

Carrellas — a sex educator who's written several books on the subject — founded Urban Tantra to teach people how to tap into the innate power of their sexual energy through a combination of several conscious sexuality practices. And according to her, while the process itself takes practice and belief, it all starts with achieving an "altered state" from concentrated breathwork that involves getting a "lot of oxygen in the brain."

"All of our energies are connected like a spider web."

"There is a chemical change that happens in the brain," Carrellas continued. "It's like a portal opens up. It's why people have always found connections between spirituality and sexuality. The deeper you go into sex, the more you find a sense of spirituality."

However, connecting to someone you already know isn't the only potential use for psychic sex techniques. By harnessing your sexual energy to open these mystic portals, some practitioners also contend that you can explore future and parallel lives — meaning that you can potentially connect with the energies of future lovers as well through these experiences.

Oftentimes, these occurrences come to you as hard-to-ignore premonitions, which is something psychic Kristine Fredheim recently experienced for herself. According to Fredheim, three months prior to meeting the man she's currently seeing, she began "absorbing his masculine energy" while visiting a friend in LA.

"I could see it wasn't a spirit. It was more of a prediction. I noticed it especially when I went to bed. I would feel what it would feel like to be in his arms and hear his laugh," Fredheim said, explaining that she also had a vision of him during this time that ended up coming true. "I could sense his presence and the really powerful draw we had between us."

After all, as she said, "all of our energies are connected like a spider web" and that people often respond to the subconscious direction of your energy toward them — just think of the times when you "pick up your phone and all of a sudden someone you were thinking of calls."

"I think we all link up [with our future partners] before, energetically," she said. "You meet these people throughout your life, like soulmates and twin flames. And there are some relationships, especially these powerful ones, that [are pre-determined]. So I think it's natural that energies come together before we're physically together."

"I think it's natural that energies come together before we're physically together."

Granted, Carrellas said she believes these sort of occurrences also need "a certain amount of sex magick," to manifest. In the most basic sense, this means that if you harness your sexual energy and direct it toward a desire — whether it be energetically connecting with your current lover, or envisioning a future partner — by using sex magick techniques, "you can actually wind up attracting ways to make it happen."