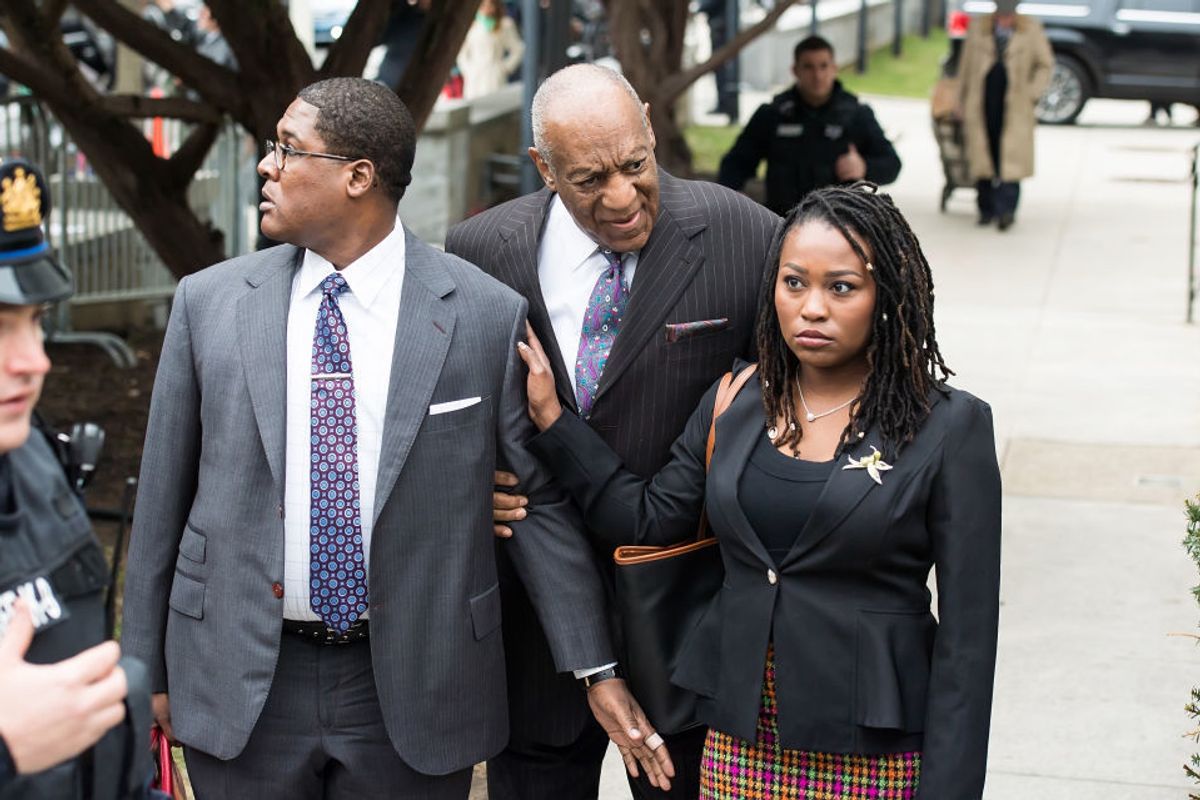 An unnamed protester in Philadelphia jumped a barricade outside the courthouse where Bill Cosby's sexual assault retrial started today. The European group Femen says she was part of their group. Femen's leader, Inna Shevchenko said the protest was the group's, "contribution to the global revolt launched by #MeToo."

WATCH: A protester jumps a barricade and rushes Bill Cosby as he walks into court for the first day of his sex assa… https://t.co/osWqbLalGw
— Mike Sisak (@Mike Sisak)1523278380.0

The protester was topless and had the names of Cosby's accusers as well as the phrase "Women's Lives Matter" written in black and red on her body. Jezebel reports that she was not aiming for Cosby, but rather for the news cameras in front of him. She was tackled and handcuffed by the police.

A topless protester is wrestled to the ground after jumping in front of actor Bill Cosby on the first day of his se… https://t.co/6wQk8pLYPz
— David Maialetti (@David Maialetti)1523280698.0

Cosby, who has been accused of rape and assault by around 60 women, was originally tried last year for drugging and assaulting Andrea Constand at his home in 2004. The trial was deemed a mistrial, as the jury could not come to a conclusion. In the new trial, 5 additional women will speak to show that Cosby had a history of abusing women. In the original trial, 1 additional woman testified. In this case, the jury will also be privy to the amount of money Cosby paid Constand when they originally settled the case. That information was not available during the first trial.