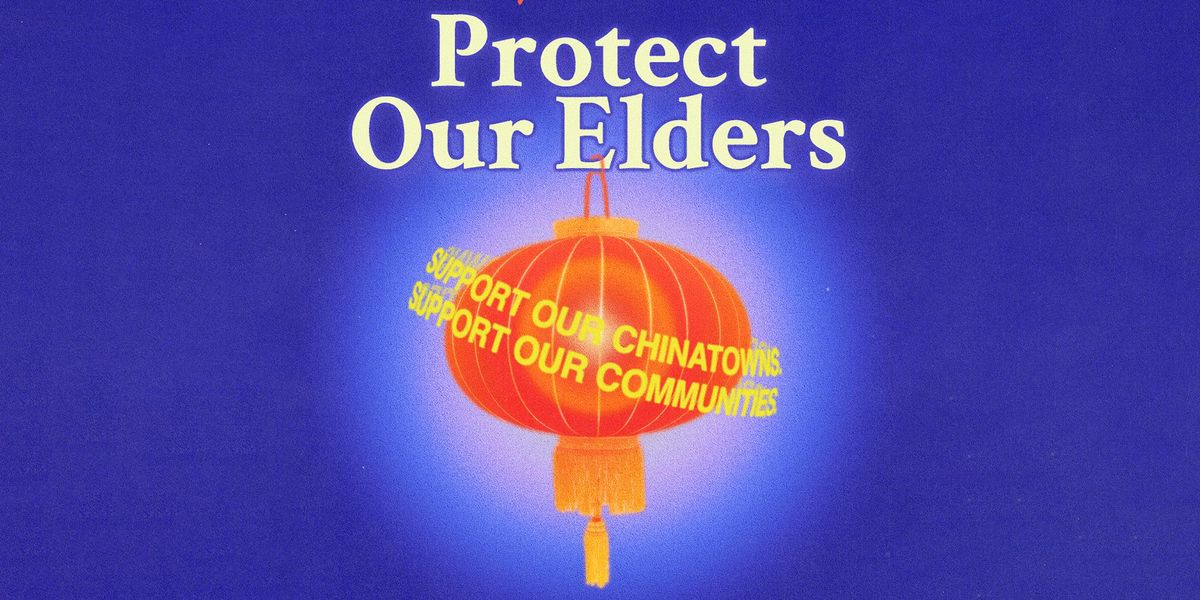 Protect Our Elders: A Movement Against Anti-Asian Violence

This silence is overwhelming, I thought to myself as I scrolled past post after post on Instagram, searching agitatedly for anything related to the recent spike in anti-Asian violence the last couple weeks, particularly against the elderly and in Chinatowns. It was Friday, February 5. My partner and I had spent the last couple weeks preparing for Lunar New Year, a time usually filled with celebration and joy, but I felt heavy with grief and exasperated by the silence around these attacks.

The week before, 84-year-old Thai grandpa Vicha Ratanapakdee was killed on the street in San Francisco. Days later, a 91-year-old, 60-year-old man and 55-year-old woman were attacked in Oakland's Chinatown. And that Friday, I learned a 61-year-old Filipino man had been slashed across the face on the subway in New York. His wounds needed a hundred stitches, and they were so deep he couldn't talk. But what got to me the most was reading about how nobody helped him — he had to go all the way to the station's ticket attendant for them to call 911.

Since COVID-19 was first confirmed in the US last year, anti-Asian sentiment has been steadily growing across the country. (Stop AAPI Hate, a national coalition aimed at addressing anti-Asian discrimination amid the pandemic, reported 2,808 firsthand accounts of anti-Asian hate between March and December of 2020.) Due largely in part to xenophobic rhetoric in the national conversation around COVID-19, many people mistakenly believe that people of Asian descent are responsible for the spread of the novel coronavirus.

Last year, while living in New York, I followed attacks in the city — half from fear and half from rage — with a frenzied, persistent intensity: An Asian woman was kicked in the face at a subway station, another punched in K-town. A man was doused in water while smoking on the street. Another sprayed with Febreeze on the train. Then there were the more violent attacks, in New York and beyond: A woman had acid poured on her while taking out the trash. An 89-year-old was slapped and set on fire while walking in Brooklyn. A student was brutally beaten on the street in London. A two-year-old, six-year-old, and their father were stabbed in a murder attempt in Texas.

Our people were in danger of losing their lives. And yet, there again was the silence — even within our own community.

For many Asians in America, much of this hesitation around speaking up — especially in matters of social justice — comes back to the infamous "model minority" myth, which falsely characterizes Asian Americans as a monolithic, law-abiding group that achieved success in America because of their cultural values.

While the myth as we know it today was circulated by white journalists and politicians in the '60s, its origins actually go back to the mid-1800s, when the first Chinese laborers were brought to the US. In "The Racial Triangulation of Asian Americans," Claire Kim describes how, during that era, white elites directly pitted Asians against other marginalized groups fighting for civil rights. They propagated the stereotype that Asians were successful immigrants because of their lack of interest in politics and social justice — overtly letting Asians know that they had to remain apolitical and keep appealing to whiteness to maintain their "superior" minority status.

Knowing that, it hardly comes as a surprise that many Asian Americans now have trouble engaging in public social advocacy — even when it comes to our own interests.

Even so, my frustration with the lack of response on both social and mainstream media ultimately led to the Protect Our Elders project, an informational poster and fundraiser created in collaboration with my partner Myles Thompson. We wanted to create a call-to-action rooted in Black and Asian solidarity — something I hoped would contrast the anti-Black rhetoric and harmful generalizations vocalized by many in the Asian community in response to the attacks. And rather than depend on institutional systems or police for help, we wanted to advocate for true community action. At the deepest level, we wanted to remind people that their individual actions matter — that every share, donation and show of solidarity counts.

Just like the silence I felt a week earlier, the response was overwhelming.

The first day, we exceeded our $10K goal. Seven days later, at our fundraiser's close, we had raised over $150K. People from all backgrounds participated in the work, and the week made me realize just how pivotal community-oriented movements are in raising awareness for and helping support social causes.

We strongly believe there's value in taking the time to research, cite your sources and make room for accessible design. Because of that, we fact-checked our information, focused on legibility, and worked with Sammie Albaza Wills, the director of API Equality Northern California, to put together a list of community-oriented organizations dedicated to Asian wellness and safety in the Bay Area, Los Angeles, and New York folks could donate to. Ultimately, I think those resources were one of our most widely-shared slides as they helped push people to take action in ways they couldn't before.

At the end of the day, I'm extremely grateful for what we were able to create. We hope that the funds we've raised will have a big impact on the 14 grassroots organizations we're distributing to. And we hope that we've been able to play a small part in helping this cause reach the level of national conversation it deserves. These attacks are still happening, and we need to do our part to help protect our communities.

Even though the work is not — and will never be — over, it's comforting to know that I'm no longer surrounded by silence. And, despite the heaviness that we're facing right now, I'm so grateful to be Asian.

I'm so grateful to be doing the work together.