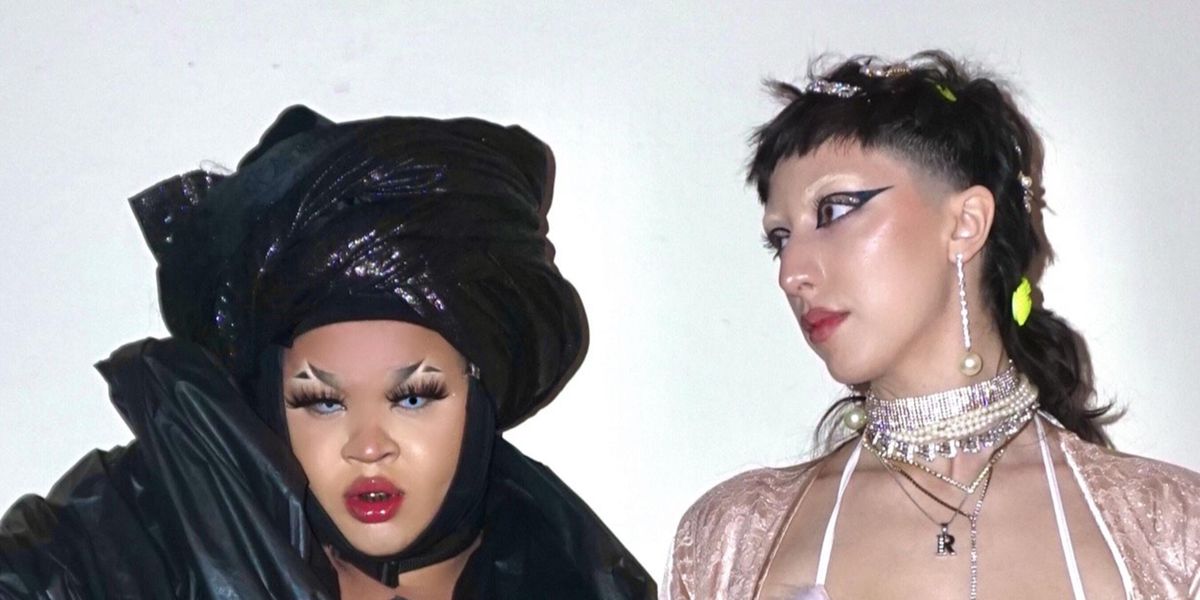 The Chicago trio, composed of vocalist Lukea and bandmates Jonathan Freund and Tyler Ommen, are known for filling crowded, sweaty spaces with this kind of manic and subversive energy. Obviously, that whole scene has been on hold for a while, but "Demon Chaser" fantasizes about inhabiting it once more.

Featuring a memorable appearance from queer Chicago nightlife fixture Cae Monāe, known for her freaky wordplay and mesmerizing live performances, the song came together after sitting around in a demo folder, sheepishly cast aside by Ommen.

"I must've been over-caffeinated and looking aimlessly through our files when I decided to pull it open on Garageband and record those demo vocals," Lukea says. "The verse had this shout-y rhythmic vibe to it, and then I ripped myself off on the chorus."

The accompanying video is directed with glee by Todd Diederich, who depicts what he calls "the chaos of freedom, time's relentless melt, twirling with death drops into the unknown." In other words, it's a total trip from start to finish, with Pixel Grip and Monāe tunneling deeper and deeper into a night of dangerous pleasures at a post-apocalyptic nightclub. "The Greeks called it the cosmos," Diederich says. "We call it just another night in Chicago."

Pixel Grip's sophomore album ARENA is out May 21 from Feeltrip Records, right on time for a summer that very hopefully involves an underground club night or two.

Watch the PAPER premiere of "Demon Chaser" and stream it, below.