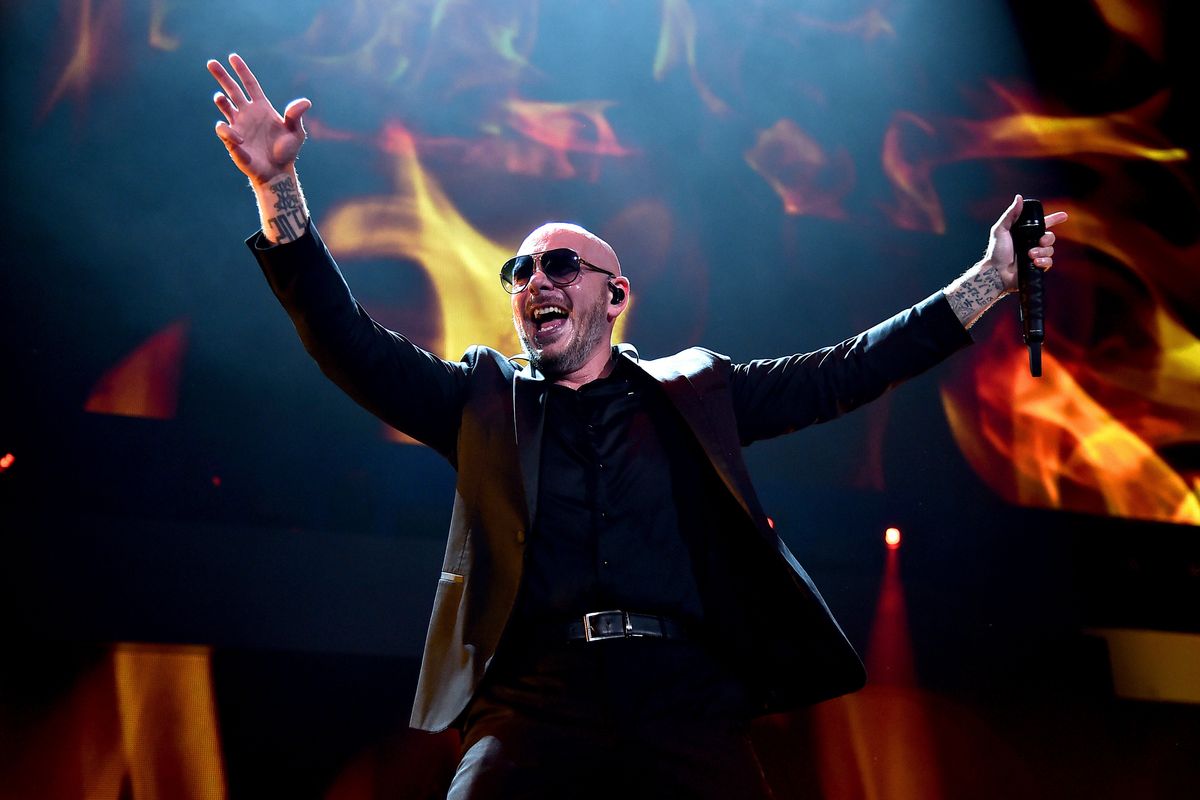 Pitbull Just Released a Strange Take on 'Africa' by Toto

The simulation is coming apart at its seams.

In a year that seems to have thrown every possible bizarre pop culture moment that we could have never anticipated at us, you would have thought that we would have become numb to the world's surprises by now. From strange saga of Azaelia Banks, Grimes, and Elon Musk ending with the tech billionaire getting sued by the SEC and having Tesla forcibly taken away by investors to whatever the hell Kanye has been on all year. 2018 has been one prolonged fever dream but surely we must be coming out of it some time soon, right? Wrong.

As evidence that man's hubris will be its ultimate downfall, Miami rapper Pitbull, Mr. Worldwide himself, has just released his newest song off Warner Brothers' Aquaman movie soundtrack and it heavily samples "Africa" by Toto. To describe the track as weird would being doing a massive disservice to just how utterly surreal it is to listen to all two minutes and twenty-five seconds of the Rhea featuring "Ocean to Ocean."

Within the first 20 seconds we already have head-scratching lyrics like "I'm living like Great Gatsby/But these boys are with you quick and then disappear like Banksy" and "These boys act like they're hard/But we know that they're sweet/They wouldn't bust a grape at food fight" Pitbull somehow manages to top himself and get progressively more perplexing as the song goes on. He raps about being underestimated and being one of the greatest (which is debatable) but there is almost no explanation or understandable reason as to why "Africa" by Toto, of all songs, is taken for the chorus.

It is admittedly, an all around flawless song. One that generation after generation has rediscovered and persistently remains culturally relevant, with Weezer notably covering it earlier this year. But "Africa's" presence in this song is given absolutely no context and sounds almost like someone tried to imagine what the song would be like if Shakira were to cover it.

"Ocean to Ocean" is an absolute an enigma of a song and listening to it feels like staring into the abyss. How did something like this come into existence? Who asked for this? Why is this song on the Aquaman soundtrack of all things? There are way too many questions that "Ocean to Ocean" poses and simply not enough answers.