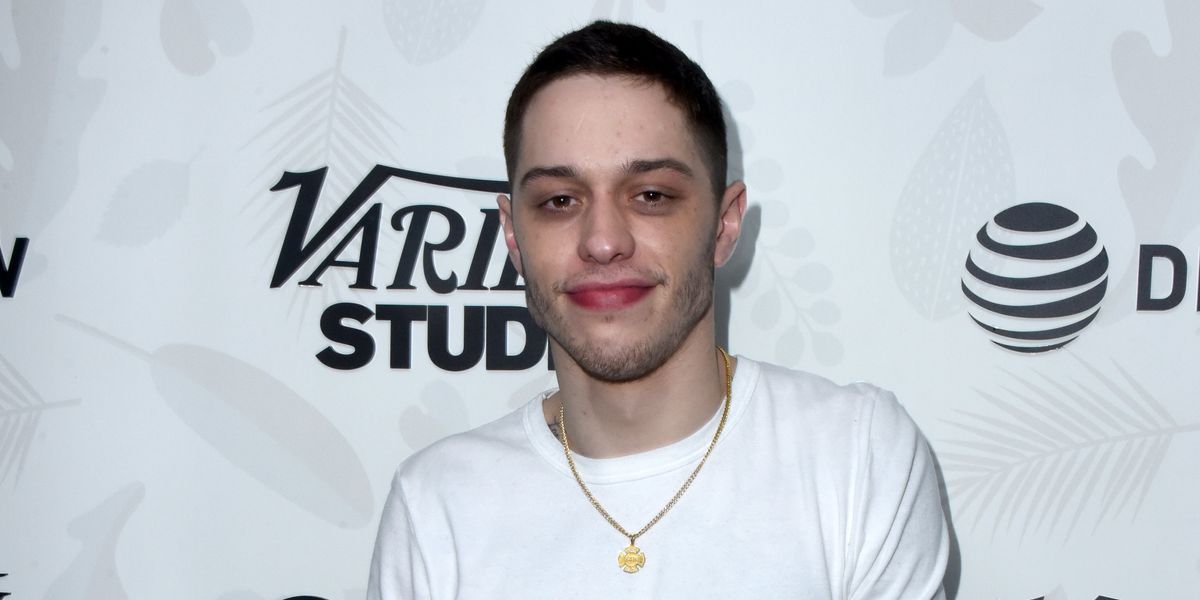 Pete Davidson may be quarantining at his mom's house, however that hasn't stopped die-hard fans from flouting social distancing guidelines in order to check on him from time to time.

Last night, the comedian joined Judd Apatow on The Tonight Show to talk about his new film The King of Staten Island. However, before talking about the project itself, Davidson mentioned that he recently had an unexpected visitor show up on his doorstep bearing gifts we're not quite sure his mom would approve of.

According to Davidson, it all started earlier this week after he posted a seemingly innocuous promotional video for the film's VOD release.

"I mentioned that I wasn't doing drugs, that I was trying not to," he explained, "And then literally three hours later, a lady rang my doorbell with a full bag of weed and gave it to my mom and said 'I heard your son needs this.'"

Not only that, but according to E! News, Davidson told Apatow in a separate video that the woman gave him "a couple weeks' worth" of weed — though he made it clear that he didn't keep the gift.

And while we're sure Davidson appreciated the sentiment, he went on to tell The Tonight Show that he wants people to stop delivering drugs to his mom's house.

"So, if you see this, please do not do that because I will sell it," he said with a wink.

Watch him tell the anecdote for yourself, below.