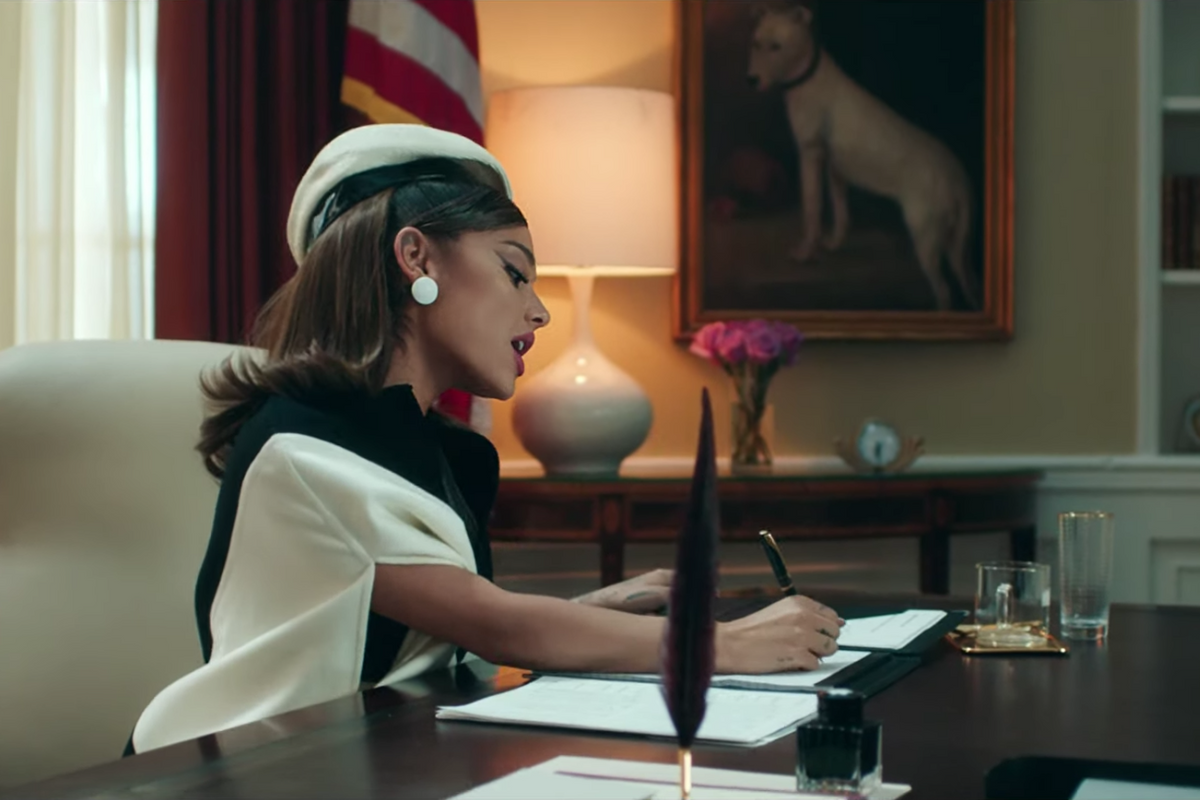 Election day draws near, but Ariana Grande is already POTUS in our fantasies... and her new music video for "Positions," the first single from her forthcoming sixth studio album of the same name. (Out October 30.)

"Positions" is a catchy, tongue-in-cheek sex jam, and the clip features Ariana Grande in the White House, in various cabinet "positions." During some scenes she's also making pizza. It doesn't have to make sense!

What stans are actually talking about? The cheeky little reference to Ariana's now-infamous ex, Pete Davidson. You will recall their summer of love in 2018, which began with a rushed engagement and the meme-ification of "Big Dick Energy" and ended in tears.

Arianators have honed in on this lyric from "Positions": "Heaven sent you to me / I'm just hoping I don't repeat history." The word "repeat" is purposefully drawn out, so it sounds very much like, "Re-PETE." A lyricist!

This isn't the first time Ariana has referenced her ex in a song — let's not forget the Sweetener track that's actually titled "pete davidson." So there's precedent here. While some stans are calling Ari's move shady, it seems more like convenient wordplay than anything. Pete's probably happy to still be living rent-free in her mind!

Watch the video for "Positions," below, and don't forget to vote on or before November 3.