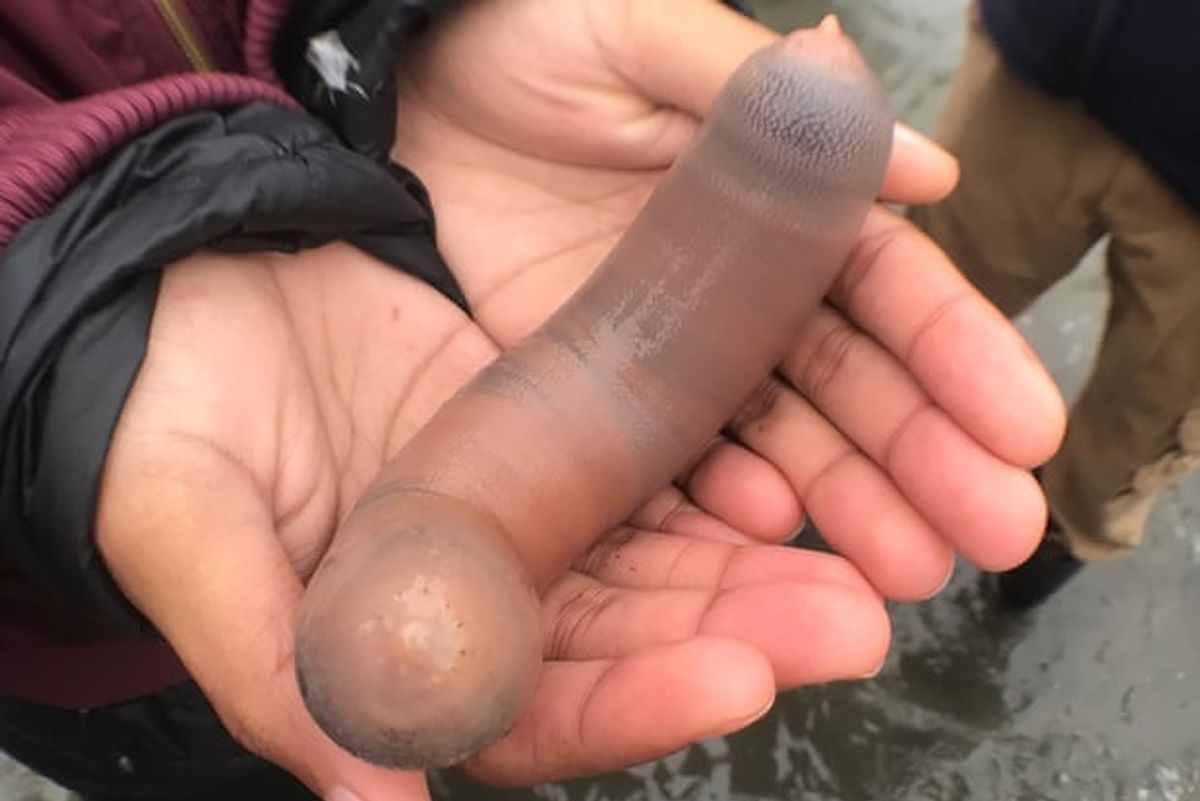 Sorry to These Dick-Shaped Fish

Our feeds are currently plagued by a photo of two hands tenderly cupping what looks like an erect, blushing pink disembodied penis. Thousands of the unsightly members have been washing up this week on beaches in Northern California, as close to San Francisco as Point Reyes National Park.

No, they're not the aftermath of a misandrist massacre. They're a type of marine worm called "fat innkeeper worms" (because, according to Wikipedia.com they often lodge vacationing bivalves and worms in their… tubes) or simply "penis fish." Also, they pulsate.

Such obscene creatures are an unusual sight. Usually, the naughty worms have the decency to burrow far, far beneath the sand where our darling children play. Unfortunately, recent coastal storms swept away enough layers of the shore to expose them, and therefore us, to their disturbing multitude.

While humans are freaking out, other ocean dwellers are enjoying the liberation of these bottom-dwelling dicks. Look at this otter munching on a penis fish without a care in the world. In the words of Saweetie, "Eight-inch big, ooh, that's good pipe." Truly cursed stuff, folks.

It might look like a terrible fate for the otter, but their species (along with sharks, rays, gulls and otters) are the organism's natural predators. Penis fish are also considered a delicacy to some people. In South Korea they're called gaebul, appreciated for their naturally salty flavor and chewy texture when grilled and dipped in a tasty sauce.

I personally am taking my children inside and never letting them out again. California is a land of fire, draught and genital animals. Our democracy is crumbling. Good day.