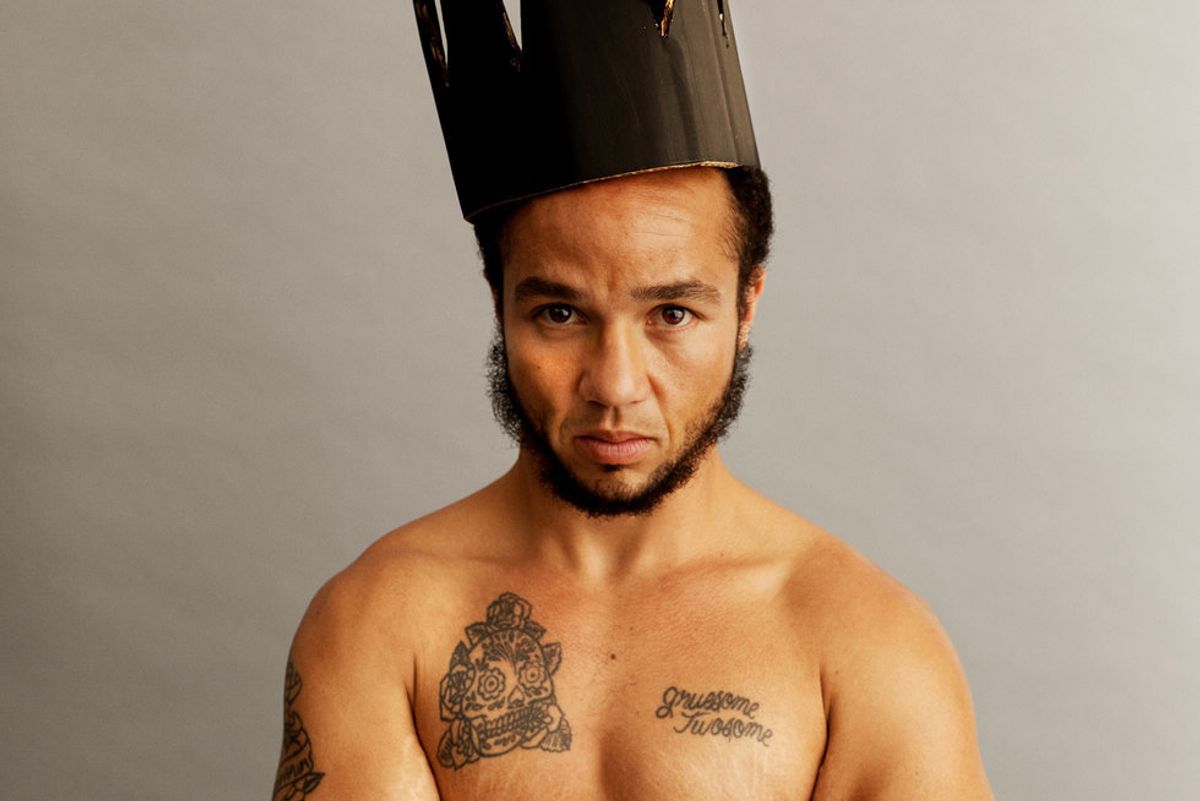 "We are not limited by the labels society assigns us."

Over the weekend, Patricio "Pat" Manuel made history. As the first-ever American transgender male boxer to fight professionally, he debuted with a big win, defeating Mexican super-featherweight Hugo Aguilar in just 12 minutes.

The match, which took place at the Fantasy Springs Casino in Indio, California, was also an important personal victory for 33-year-old Manuel, who overcame a shoulder injury that caused him to withdraw from the U.S. Olympic Trials in 2012. When that happened, he began his transitioning process from female to male. Then, the International Olympic Committee issued a ruling that female-to-male trans athletes could register to compete ahead of the Rio Olympics in 2016, given they passed certain measures of sex testing to ensure "fair competition."

Speaking with PAPER this spring, Manuel talked about the need to change sports culture for trans athletes, and his own experience transitioning in boxing, even having received approval from the California State boxing commission on his amateur boxing license:

In 2012, I was still an elite female athlete, and USA Boxing created policy around 2016 that served me well as I navigated my hormonal transition. I know I'm lucky. I went to multiple Olympic trials, and once beat multiple Olympians. I had a pretty big cred, so when I started to transition under USA Boxing, people already knew who I was. I had a name, I had respect, and so I think that made it smoother than others may have experience. Let's acknowledge too that I'm a trans man. Most of the policies affected athletes are steeped in misogyny and transmisogyny. 'Someone who is male at birth is therefore superior to anyone female at birth in competition,' is how the sports world tends to view things. I still have to deal that sometimes, with people saying I'm going to get knocked out if I fight a guy (when I was female), but because I'm not battling transmisogyny, it really opened up the gateway for me. If I were a trans woman coming into the sport, this may have been a different issue entirely. For male athletes, they aren't being gender tested or having the same sort of regulations as female athletes. Let's call it what it is. People used to say to me, 'Oh, that's not fair. Pat's actually a man fighting these women.' I was a muscular Black athlete, but I was never gender-tested. I don't think people are looking at the full picture of this: who are we critiquing? Whose bodies are female, effeminate? Who is allowed to participate? People are saying this without any sort of reference or understanding of how hormones actually work.

We followed up with Manuel (aka The People's Champ), in light of his major win, which also marks the beginning of his boxing career. To fund the expenses involved in his professional turn, Manuel launched a successful GoFundMe campaign, which you can still donate to, here.

"I'm feeling a mix of emotions," he says. "I'm thrilled to have been able to compete and to score my first victory as a pro. I am also relieved to finally move past this hurdle of securing my first professional match. Finally, I'm excited that this is just the start of my boxing career."

For Manuel, this match has certainly been a long time coming, involving numerous hours of training and mental preparation. "I've been preparing for this match since I started this sport," he explains. "Every moment in the gym, every sparring session, every amateur competition led to my victory Saturday night."

But really, his victory is a shared one for all who hope to compete in a sport they love at any level, illuminating precisely what is possible with dedication. "I hope my win can show everyone, whether they are trans or cis, we are not limited by the labels society assigns us," Manuel says. "Doing is not only possible but thriving is as well."