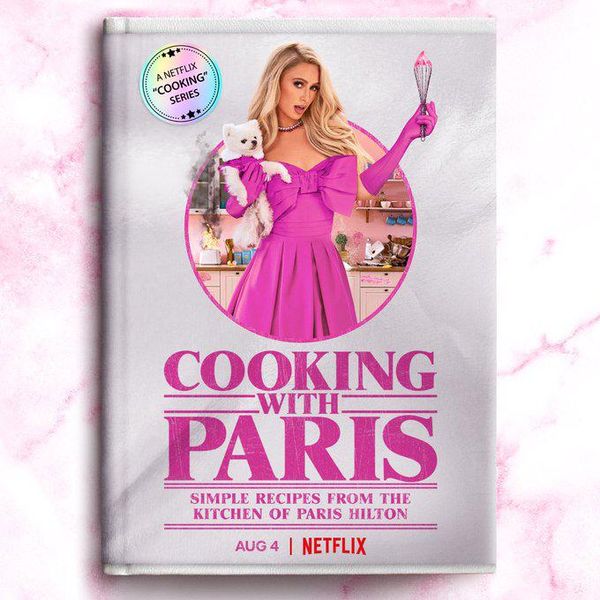 Obviously the Kitchen Isn't Too Hot for Paris Hilton

Paris Hilton's television appearances are, for all intensive purposes, canon. Whether we're watching her cause chaos in The Simple Life, searching for a new best friend, or even forge new paths on The World According to Paris, we can't take our eyes off, for better or worse.

Her latest endeavor has her going headfirst into uncharted territory — the kitchen — where Hilton will be filming Cooking With Paris. As Hilton herself would say, that's hot.

In a true Hilton-esque fashion, the cooking will most likely be a disaster (a performance that could only be described as camp). Although, if it's anything like her viral cooking video from 2020, it'll be one that makes for quality entertainment. Her Cooking with Paris Youtube segment garnered over 5 million views, as Hilton poured pasta into water that wasn't boiled, forgot about the onions and garlic, and grated cheese with fingerless gloves (no judgement; we've all been there).

Her lack of skills is perfectly alright because, as Netflix notes, "She's not a trained chef and she's not trying to be. With the help of her celebrity friends, she navigates new ingredients, new recipes and exotic kitchen appliances. Inspired by her viral YouTube video, Paris will take us from the grocery store to the finished table spread — and she might actually learn her way around the kitchen."

As one user commented, "I C O N I C." Besides, the particulars aren't too important — Hilton has a lot on her plate, even without the grated cheese.

The heiress is engaged to Carter Reum, and is currently filming the wedding preparations for her series Paris in Love. Of Reum, Hilton has said "I've never been with someone who loves and supports me so much, and lifts me up, and isn't intimidated." It sounds like, rest assured, Reum won't be thrown off by her cooking (knowing Paris, the wedding will most likely be catered anyway).

Regardless, we're excited to watch — the series hits Netflix on August 4.