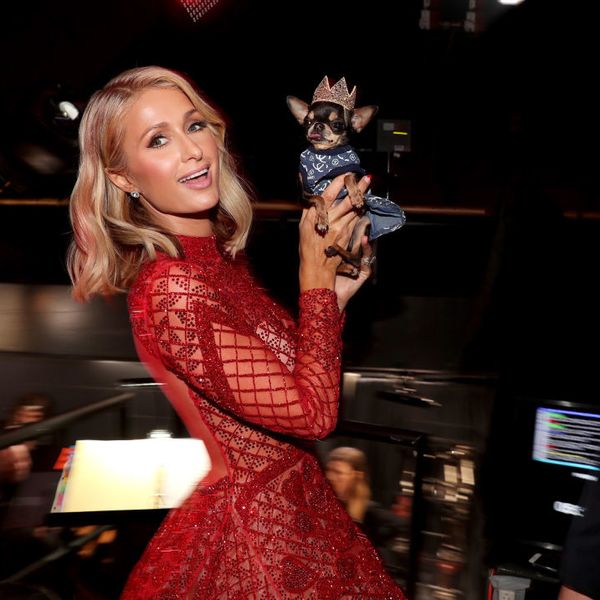 Paris Hilton Loves Her Fans, and We Love Her

Paris Hilton is reminding us that purity and love exist in this world. Let us stand in the rain of her sweetness, because, as you'll see from the clip below, Hilton is uncompromisingly devoted to her fans. It's a rare, honest view of Hilton, and we are even more smitten with her than we were before.

Hilton is a subject of a new documentary, The American Meme, which is directed by Bert Marcus. The film is premiering at the Tribeca Film Festival on April 27, 2018, and follows the lives of Hilton, Josh Ostrovsky (the Fat Jew), Brittany Furlan, and more social media superstars, as they live their lives online and off the web. In an age where #influencers wield enormous power among their followers, the film promises to show these people are just that: people.

It's no understatement to say that Hilton was the first of such stars. Back in the early aughts, she began her career as a model, but her fame quickly exploded, as fans clamored to see her at parties or at fashion events. With Nicole Richie, she starred in the reality show The Simple Life, and dropped a pop record that has stood the test of time. Now, has a variety of businesses and works as a touring DJ. All the while, she's kept us in the loop with her social media presence.

In the clip below, Hilton talks about how much she adores her fans. "I love my fans just as much as they love me," she says, as we see scenes of her greeting fans and taking selfies with them. She talks candidly about bringing her fans into her personal life by giving fans her phone number and letting them crash at her place, to the confusion of her family. Hilton takes her fanbase seriously, and says that every day she is "texting, FaceTiming, emailing" with them, adding that she feels that she can truly be herself around them.

It's that charming, happy-go-lucky personality that has sustained her fanbase for almost 15 years. Hilton muses that she's watched her fans grow up, and finds that rewarding. "It's amazing to watch my fans grow up because I've known them since they were little," she says, with a precious smile. Paris: from the bottom of our hearts, it's been lovely watching you grow up, and we hope you continue to share your light with the world.