We got to know Canadian actor Jacob Tremblay when he rolled himself up in a carpet to escape the eponymous room of 2015's Room, a film that saw co-star Brie Larson win an Oscar as his resilient mom. Since then he's proven himself to be a major young Hollywood contender in movies like 2017's Wonder, where he played Auggie, a fifth grader with a severe facial deformity. This fall Tremblay's equal parts awkward and hilarious in the Seth Rogen and Evan Goldberg-produced Good Boys — think Superbad, but middle school. Next up? Flounder in Disney's big budget live action Little Mermaid reboot. — Katherine Gillespie 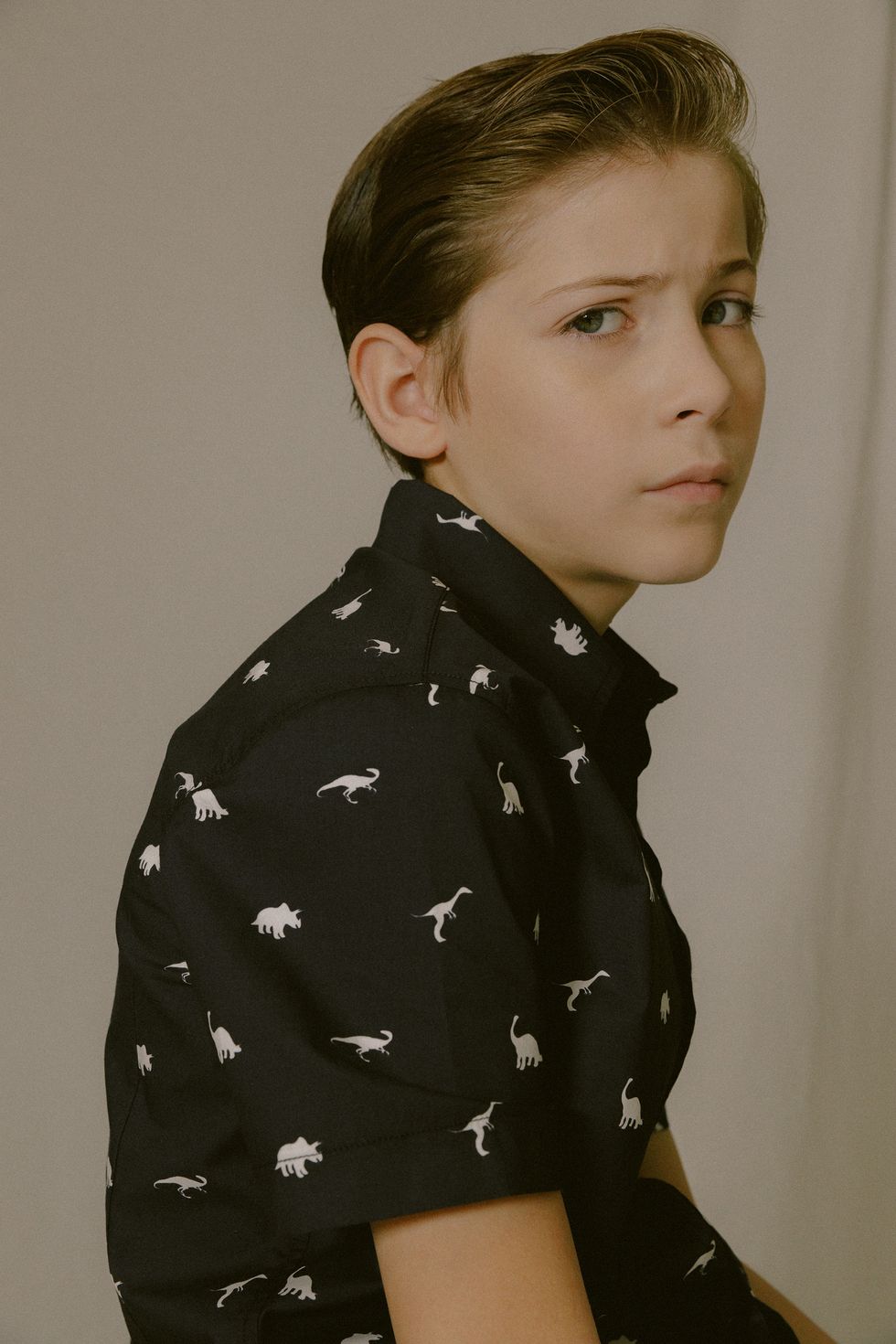 My best night out was when I won the Critics' Choice Award for my performance in Room. I never expected to win when I was so young. It was amazing.

Unfortunately, I don't have a SIM card so I can't text. Hopefully when I turn 13 in October my parents will let me get a phone plan.

I am Canadian, a lot of people assume that I am American, but I am not. I am Canadian through and through.

Probably a Queen song. My Spotify playlist is full of Queen right now.

The question that I never want to be asked again is "What is your favorite movie?" That question is impossible for me to answer. You need to break it down into genre first. Like, what is my favorite horror movie or what is my favorite drama, you know? I just love movies so much.

Nothing, I'm 12. Just kidding! I went indoor skydiving in Las Vegas, that was pretty cool.

Balancing my schooling and work schedule is the most stressful thing in my life. Adult actors are so lazy. During their work breaks they just grab a coffee and I have to do math. Just kidding! My costars aren't lazy.

No I haven't, that would be weird, right?

That is a depressing question.

The floss, the floss is over.