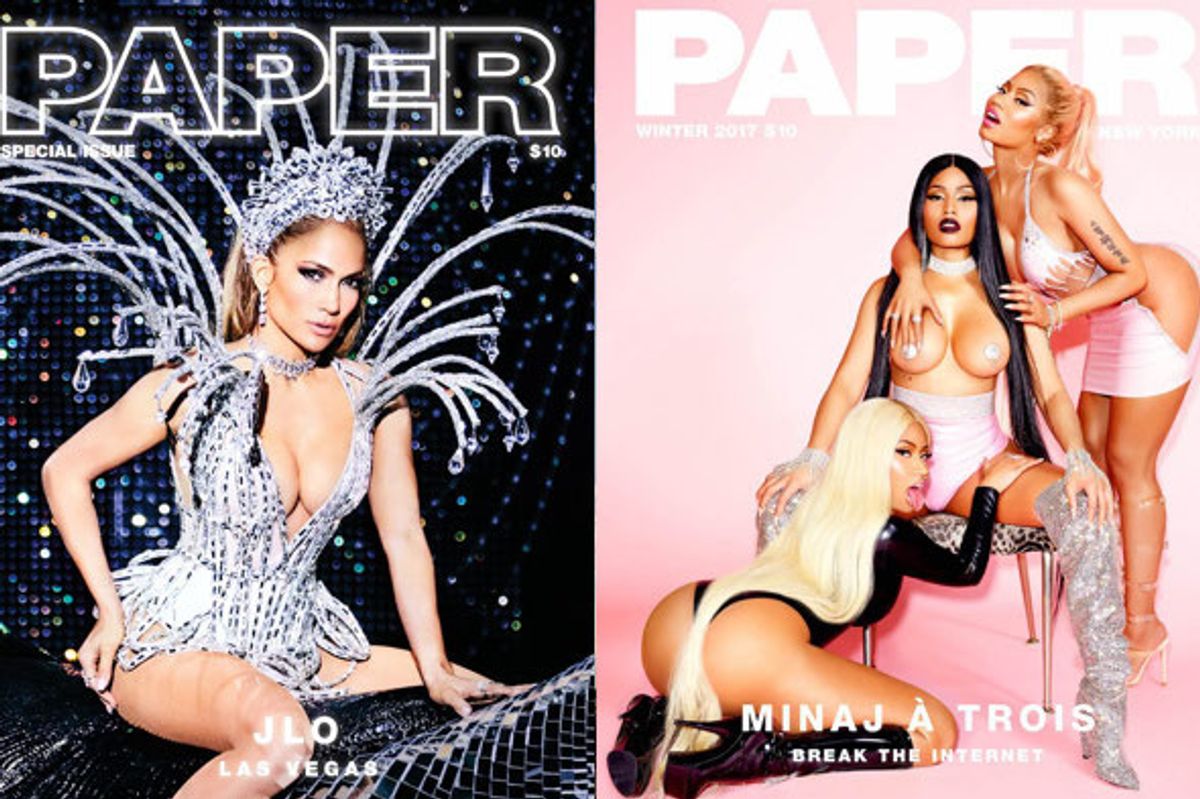 A Look Back at PAPER's Iconic 2017 Covers

2017 was a big year for PAPER cover shoots. Kicking off with Rihanna's "Break the Rules" shoot in a New York bodega, replete with spiked green hair and plenty of Dior, led into a summer marked by breakout bubblegum trap star Lil Yachty as the face of our Youth issue. Summer was also home to PRIDE month, during which a diverse crew of LGBTQ queens sat down to talk with PAPER and shoot covers, including Janet Mock, Nyle DiMarco, Halsey, Beth Ditto, Jeffree Star and RuPaul herself.

French Montana took us all the way to his native Morocco for a digital cover shoot, and some of the most iconic stars of the past generation — Jennifer Lopez, Mariah Carey, the Backstreet Boys and Ricky Martin — joined PAPER in celebrating a very special Las Vegas-themed edition of the magazine.

And finally, the one and only Nicki Minaj helped us break the internet once again with her empowering, racy cover shoot by Ellen von Unwerth in which she gave us not one Nicki's, but three. (Only superbabystar Asahd Khaled could hold a candle to the queen of rap, with his own digital cover that #broketheinternet).

Relive this year's magic and the looks, below, and stay tuned for all that's to come in 2018: