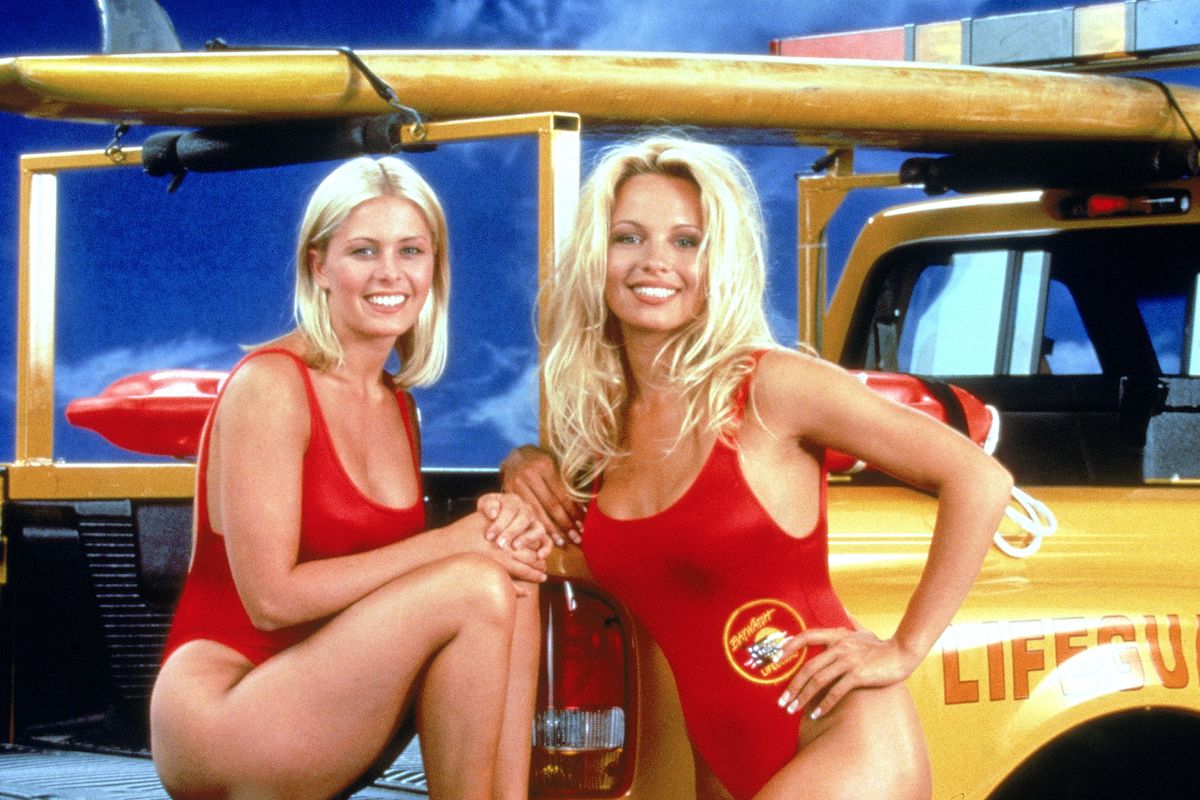 Not only does Pamela Anderson still fit into her original Baywatch bathing suit, but apparently the star even breaks it out on dates to surprise her beaus.

While speaking to The New York Times for a story on how the iconic red swimsuit became a summer staple, Anderson revealed that if the mood strikes, she'll surprise her date by modeling the itty-bitty look that made her famous.

"I jump in the shower with a bathing suit and then jump on them wherever they are in the house, soaking wet," she said.

Anderson — who played lifeguard CJ Parker from 1989 to 2001 — also added that she often signs similar red suits for fans, however, "they are these big bathing suits."

And her revealing response? "I say, 'Listen, my bathing suit was tiny. It just stretched and pulled onto your body.'"