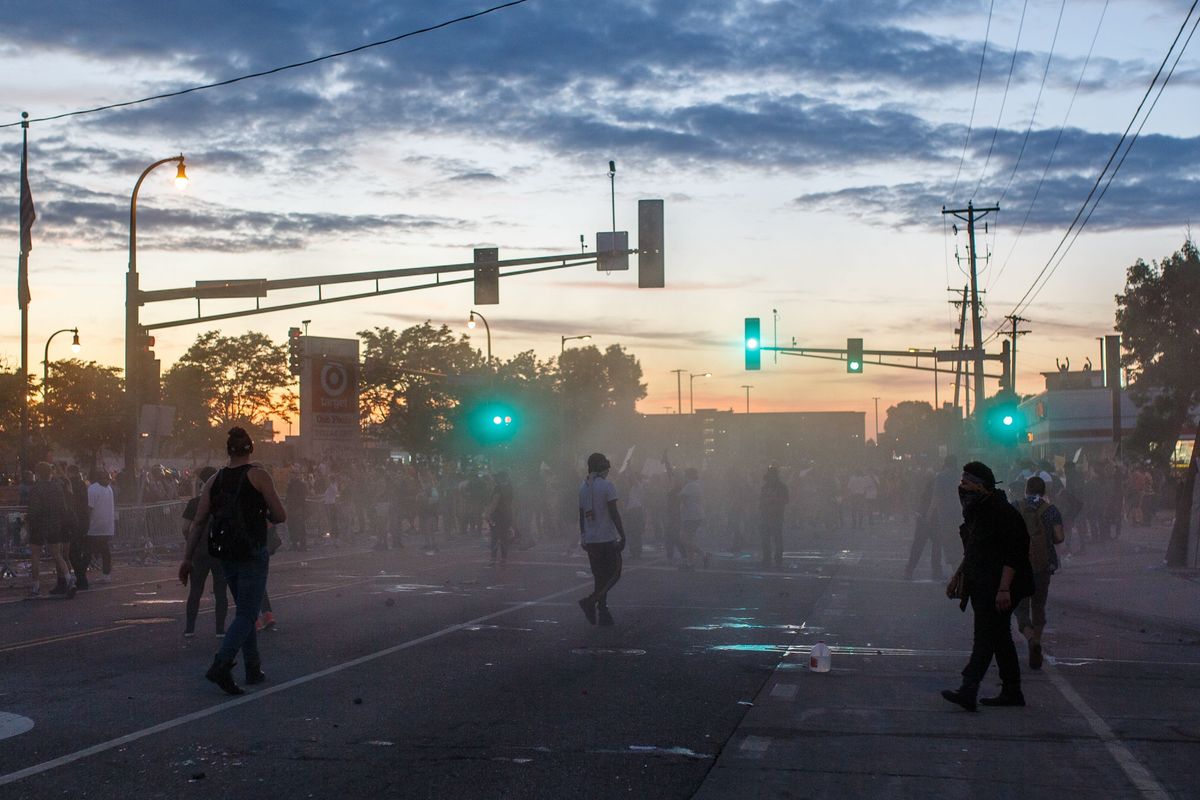 A Black Latinx journalist for CNN was arrested while covering the protests stemming from the murder of George Floyd by Minneapolis police.

CNN reports that reporter Omar Jimenez and his team were taken into custody by state police earlier this morning. They were broadcasting live from south of downtown near the 3rd Precinct police building that was burnt down on Thursday night.

On the broadcast, Jimenez can be seen holding his reporter's badge and identifying himself as a journalist before telling officers they would cooperate and move. However, an officer can be seen grabbing his arm and handcuffing him.

According to a crew member later, the police said they were being arrested because they did not follow instructions to move. Jimenez and his team were released an hour later.

Not only that, but fellow CNN journalist Josh Campbell — who is white — was reporting close to where Jimenez was arrested and said that he was "treated much differently."

"I was treated much differently than [Jimenez] was. I'm sitting here talking to the National Guard, talking to the police," Campbell told CNN anchor John Berman, though he said "did not know whether race played a factor" in Jimenez's arrest, per the network's report.

"They're asking politely to move here and there. A couple times I've moved closer than they would like. They asked politely to move back. They didn't pull out the handcuffs," Campbell continued. "Lot different here than what Omar experienced."

In response, Minnesota Governor Tim Walz apologized to the network and told reporters after the crew's release that he takes full responsibly and that there was "absolutely no reason" for the arrests.

"We have got to ensure that there is a safe spot for journalism to tell the story," Walz said. The Minneapolis State Patrol also responded by saying that they were "released once they were confirmed to be members of the media" — though CNN has since refuted their version of events via a Twitter statement.

"This is not accurate — our CNN crew identified themselves, on live television, immediately as journalists," the network wrote. "We thank Minnesota @GovTimWalz for his swift action this morning to aid in the release of our crew."

This is not accurate - our CNN crew identified themselves, on live television, immediately as journalists. We thank Minnesota @GovTimWalz for his swift action this morning to aid in the release of our crew. https://t.co/3cvtsqbbWz