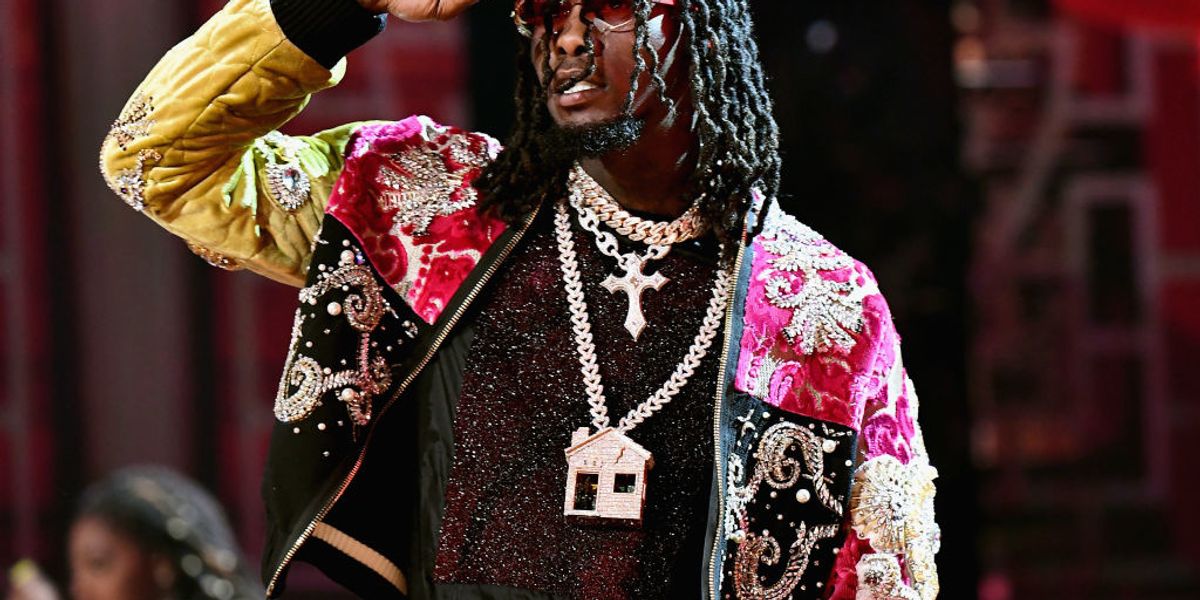 Offset, known as 1/3 of the Migos trio and husband to Cardi B, was arrested in Jonesboro, Georgia on Friday afternoon for gun and drug possession.

The new dad, whose real name is Kiari Kendrell Cephus, was with his bodyguard Senay Gezahgn when he got pulled over while driving his 2014 Porsche 911 Carrera—he was illegally changing lanes. Atlanta news source WSB-TV reports that the police officer from Clayton County found "three handguns, less than 1 ounce of marijuana and more than $107,000 in cash."

This isn't the first time Offset's been arrested. In fact, he and the other Members of Migos have been known to have had a number of run-ins with the law. According to a piece on Migos by Rolling Stone, he spent time behind bars in 2013 and 2015 for drug and felony charges as well. In fact, he's in the middle of his five-year probation period from his eight-month detention in 2015.

As of now, Offset and his bodyguard are currently still being held at the Clayton County jail.