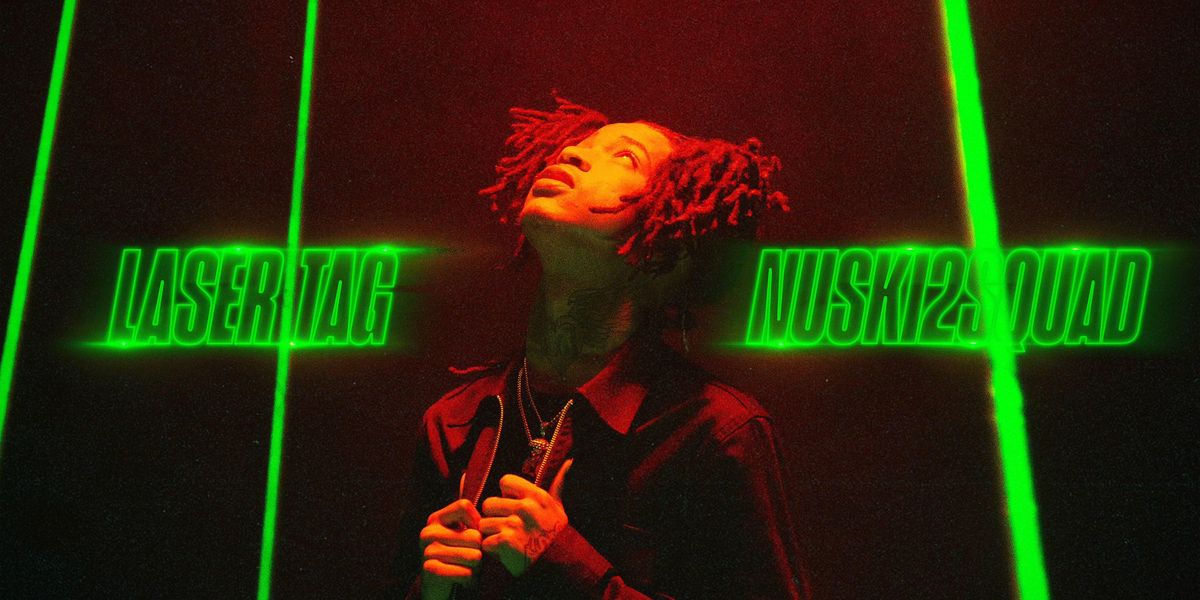 Rising St. Louis rapper Nuski2Squad is only 16 years old, but the man's been through it.

Having had to cope with the passing of his father and struggles with homelessness, the young upstart has had more than his fair share of hardships already in life. Ultimately, he has emerged all the stronger and wiser for it with an incredibly sobered outlook on life. Having already garnered support from other rising rap talents like G Herbo, Quando Rondo, Toosii and Yungeen Ace, Nuski2Squad is well on track to have a breakout year.

Tapping into the "ghetto gospel" subgenre of hip-hop, Nuski2Squad's most recent album, Lil Nuski, features meditations on loss, and the value and precarity of life that feels especially prescient in a current climate where Black lives continue to be devalued thanks to gang violence and an epidemic of police brutality (Nuski2Squad even tapped the brother of Jacob Blake to direct the video for last month's "Live On (Thuggin Days)").

The young rapper also displays a penchant for especially profound lyricism with lines like "Cherish your life because when you gone, ain't no coming back," that come off as koans of wisdom from someone who's already learned that lesson the hard way.

This aura of grit, remorse and perseverance carry over into the somber laser light show that is the official video for "Laser Tag." A hail of shell casings and the shot-up husk of a car are bathed in sheets of laser light, as Nuski2Squad raps about laser dot sights and AK-47s — leaning into the dark irony of a gamified view of violence and the serious consequences that we rarely consider that follow.

Watch the PAPER premiere of the official music video for Nuski2Squad's "Laser Tag" and stream Lil Nuski, below.