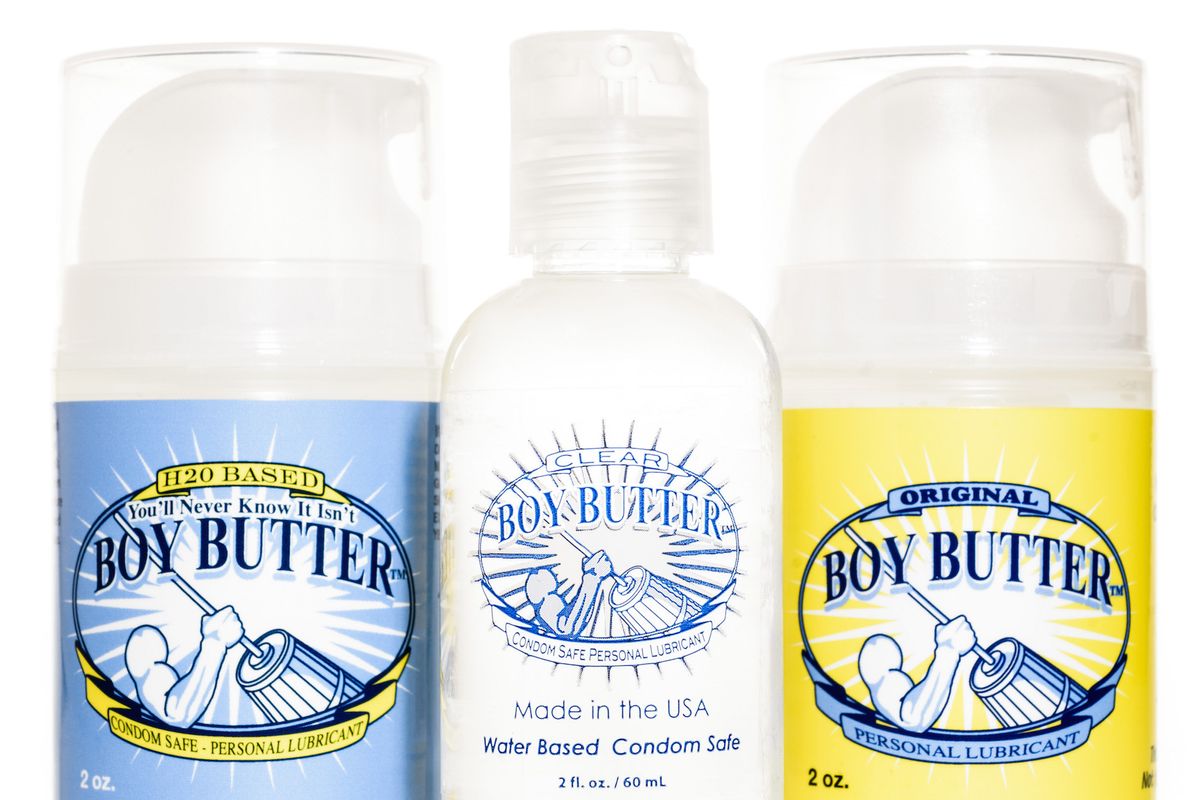 Owner of Boy Butter Talks Sliding into the Mainstream

Back in 2003, Eyal Feldman started his then coconut oil-based lube brand, Boy Butter, with a 16-ounce butter tub-shaped container that he officially launched at the International Mr. Leather competition, the largest "pageant" within the leather community. "My whole goal with it was to make something that was as long lasting as silicone but washed off like a water based lube," Feldman says of the launch, which saw him selling on three continents (Europe, North America and Australia) within a year. Benefiting in part from the mainstreaming of sex culture during those earlier years, which saw lubes make their way out of sex shops and into convenience stories, Feldman's business steadily grew.

But now, as the company begins to ride the mainstreaming wave of gay culture, exemplified by RuPaul's Drag Race moving from Logo to VH1, it's hitting some unexpected bumps and even having to fight censorship. Here, the Boy Butter creator and former Nasty Pig employee talks about the intricacies of the gay market, what demographic has the most sex, and what happened when his ad got censored.

How and why did you start the brand?

Well, I graduated from college at the University of California in San Diego in 2000 and I wanted to move to New York after graduation. Before I did so, I met the owners of Nasty Pig, which is a gay men's clothing company. I got a job working with them and that way I was introduced to the gay men's fashion and fetish industry. While there I learned about the industry and business. I realized I really thrived there and in the trade shows we were going to.

Then September 11 happened and I decided to leave the States. I moved to Spain, and lived about a year there. I learned Spanish fluently in about six months and decided if I could do that I could do anything. The idea of Boy Butter came back to me and instead of the idea that somebody should make it, I thought I should make it. So I moved back to the States and went back to Nasty Pig full time and started Boy Butter as a hobby.

[In 2005] my parents lent me money to become a manufacturer and I was able to manufacture Boy Butter on my own and reduce the cost of the products because I could make a larger volume. I was also able to expand my product line and I went full time.

Having worked for Nasty Pig and starting Boy Butter, what have you learned about gays as consumers?

Well I'm a proud gay man, I came out when I was in the 10th grade. I've lived in the gay community since I've lived on my own when I was 19. When I worked at Nasty Pig, I felt very much a part of that and learned about the gay demographic and gay business. What I find that's different is that it's more intimate in a way. It's kind of like you know each other.

All of my marketing and my advertising, I put into the gay community. I don't really advertise outside of it because I've found the gay community is very loyal. If they like something, they stick with it and it's just more effective for me to market to that community specifically and it kind of branches out from there because gay men are the authors of culture. We push what's cool, what's in, what's now. I think if you get in good with the gays, you've got it made. The message just ripples out from there.

What do you make of others that say that the gay community is quite limiting and you can't have a sizable business targeting them.

That is a very valid statement, but I'll contest that since the very first year, 40 to 50 percent of my clients have been women and I call it the Will and Grace effect: I market to Will, and Grace uses it. Usually a gay man's best friend, or amongst his closest friends, are women. Word of mouth spreads organically through the tastemakers and women ended up liking it.

How important is the fetish community to your business?

Well, when you look at the gay communities it's really divided into subsets: there's twinks, there's bears, there's all these others. But of those, the community that has the most sex is the fetish community, which is the demographic Nasty Pig had. They use the most lube of any demographic and it made sense for me to target to them because I was well known already from my work with Nasty Pig. It was easier to introduce my own product within that community and they are like walking billboards.

RuPaul's Drag Race has gone mainstream as per the move to VH1. I celebrate when gay people are accepted everywhere, and that's what happens when you mainstream, but I also believe in being proud of your community and standing for what we always have and our uniqueness. I could not imagine any other gay show in history that commands so many gay eyes. Just the name Boy Butter alone, no matter what kind of project I'm putting forth, when I'm working with someone like Comcast I have to overcome that obstacle of being a gay brand. I think what happened is [the commercial] rubbed them the wrong way and they didn't feel it was a fit so they rejected it, maybe because they thought it was too gay or whatever. But it's not. Spectrum has been airing it before and there was really no reason not to air. There's much more salacious and graphic things on television. I, on purpose, made it as G-rated as I could just to avoid this thing. But I think it's important for everybody to see what it is we do, what we like and what we sell.

But they ended up changing their minds later about that right?

I knew, because of prior experience, when I was going to submit this to them that they were probably going to reject it. So when they officially did I said, "OK, let me talk to the manager and get an explanation." He said, "It''s just not a good fit for our viewers." So I put that in my pocket and waited for the show to begin to air. Once it did I brought it back up again in public with a blog post and told all my friends to share. Within six days, Comcast reversed their decision and said that they wanted to air the ad for free.

That's all I wanted to do was just run my ad. But you know, thank god they actually said "No" because I could take that and write an article about it. There are gay stores in Chicago that don't even get a response and now it's different. It isn't just for us, this makes it a little bit easier for any gay business in the country who wants to run ads on Comcast.