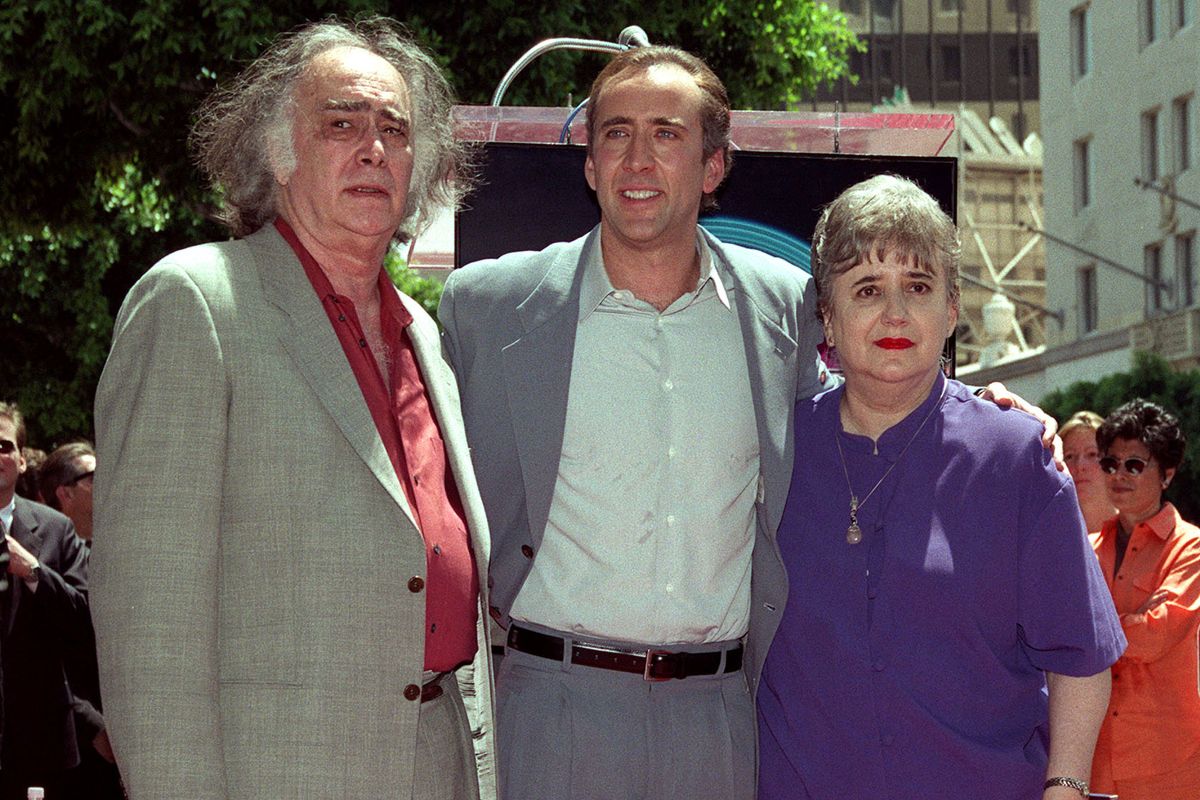 Hollyweird: The Story You Didn't Know About Nicholas Cage's Mother

Nicolas Cage's mother, Joy Vogelsang, was plagued with a double whammy of mental illnesses: schizophrenia and severe depression. For most of Cage's childhood, beginning when he was six years old, she was housed in mental institutions and would receive electroshock therapy.

"Sometimes she would go into Rip Van Winkle mode and forget everything that had happened," Cage reportedly admitted about their rare encounters. "Even when things got really bizarre, I was able to detach and look at it with a scientific curiosity. I'm sure it had some impact on me, though. Maybe her illness was behind the nightmares I had."

Cage was mostly raised by his father, August Coppola (yes, brother of The Godfather director Francis Ford Coppola) in Long Beach, California. Coppola and Vogelsang got a divorce when Cage was 12. He told US magazine in 1998 that children of schizophrenics "tend to become overachievers and become this super-vigilant, overachiever type of personality."

They even have a name, he explained. "I am a 'superfrenetic.' Superfrenetics happen rarely, but they happen... Offspring of schizophrenic people. Charlie Chaplin was a superfrenetic."

Instead of being derailed by his mother's illness, Cage remained passionate and channeled his feelings into his acting work. "For me, acting was a way of taking destructive energy and doing something productive with it, and in that way it was quite a life saver," he told The Guardian in 2007. "Instead of turning it on myself or on somebody else, I put it on film and created characters to express anger or express sadness."

Cage's emotional range runs the gamut, as pointed out by several watch-worthy viral videos. Vogelsang appeared in public with her son on only a few different occasions. First, for the Oscars and Golden Globes when Cage won for Leaving Las Vegas. Next when he received a star on the Hollywood Walk of Fame in 1998, then when his hand and footprints were cemented into the sidewalk at Grauman's Chinese Theatre in 2001. She passed away in 2010, but imparted Cage with a drive to go full-tilt with his roles.