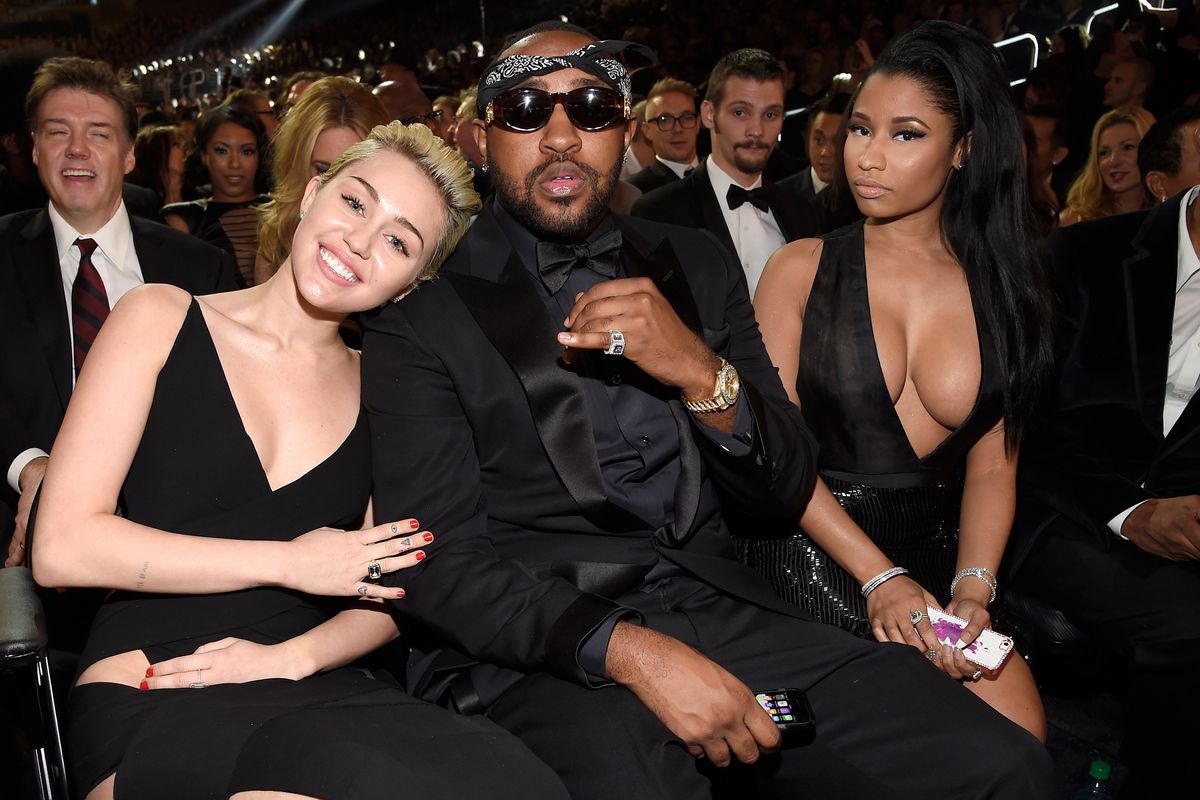 It looks like Nicki Minaj is reigniting the feud between her and Miley Cyrus.

Earlier today, Minaj hopped on her Queen Radio show on Beats 1 to shoot the shit. However, things soon took a shady turn after Minaj was asked about Cyrus' previous comments about preferring to listen to Cardi B.

"Perdue Chickens can never talk shit about queens," Minaj said. "She disrespected me in a magazine article for no reason. I had just seen her after she sucked Mike WiLL's dick in the studio." According to XXL, Minaj then added, "Now you coming out with pink wigs, all you bitches wanna be Nicki."

For a little refresher, in the run-up to the 2015 VMAs — which was hosted by Cyrus — Taylor Swift and Minaj got into it via Twitter after the latter asked where her Video of the Year nomination for the record-breaking "Anaconda" was.

Taylor Swift, whose video "Bad Blood" is nominated for Video of the Year, took the latter personally and responded none-too-kindly.

Read their exchanges below, which also features an ill-advised cameo from On Air With Ryan Seacrest.

Nicki Minaj over the institutional racism of the VMAs/everything was thiiiis close to being successfully resolved -- Swift apologized, and Nicki accepted the apology. Sadly, VMAs host Miley Cyrus -- as great as she is -- has tried to insert herself into the conversation, claiming in an interview with The New York Times that Minaj was "unkind" and not approaching Taylor Swift in the right way. Many people decried it as an attempt to tell a black woman how she should deal with institutional racism, and contributes to the music industry's history of whitewashing (or, in this case, 'whitesplaining'). But it's also not even close to the best beef leading up to and/or resulting from the VMAs.

Because the VMAs are designed to produce so much pageantry, it's not surprising that they also lead to conflict. Some of these conflicts are captured in our look at the awards' most memorable moments, like Moby and Eminem's fight in 2002 or the Kanye West-Taylor Swift interruption of 2009. A few weeks ago, Miley mentioned both Cardi B and Nicki in a song and in it, Miley said that she loved Nicki, but that she preferred listening to the Bronx rapper.

Elsewhere in the podcast, Nicki calls out the Grammy Awards higher-ups and reveals that she and her boyfriend Kenneth Perry have gotten their marriage certificates.leashed it all on the latest episode of her Beats 1 radio show Queen Radio. Her target this time? Miley Cyrus.

When asked about Cyrus' comments about her in the press (not to mention her recent "I love you Nicki, but I listen to Cardi" lyric), Minaj said on Friday's (June 21) Queen Radio episode: "Perdue Chickens can never talk shit about queens. She disrespected me in a magazine article for no reason. I had just seen her after she sucked Mike WiLL's di-- in the studio."he duo have a long-standing feud, stretching back to 2015, when Miley sided with Taylor Swift during a New York Times interview, saying, "What I read sounded very Nicki Minaj, which, if you know Nicki Minaj is not too kind." Days later, when the rapper was presented with the best hip-hop video at that year's VMAs, she called out then-VMA host Cyrus by now-famously saying, "Back to this bitch that had a lot to say about me the other day in the press. Miley, what's good?"j's Queen Radio episode wasn't all Miley talk. She revealed some happier news, too, confirming that she is getting married to boyfriend Kenneth Petty. "We did get our marriage license," she explained.

"I think I have what I was striving for, just happiness," she continued. "It was so hard to get to a happy place. Now that I'm there I don't want to compromise that for anyone of anything. Certain traveling things I don't wanna do it. I'm just enjoying my downtime."