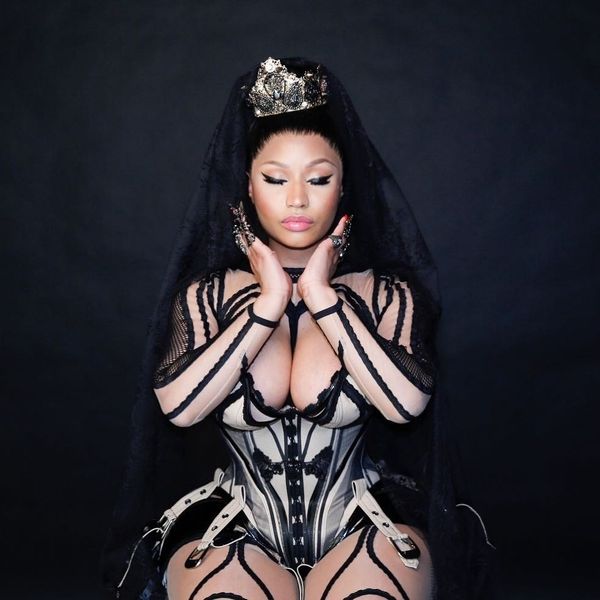 As of today, 100 Nicki Minaj songs have entered the Billboard Hot 100, with her and Tyga's track "Dip" debuting at No. 83. This sounds impressive because it is: the only artists with more entries on the chart are Drake, Lil Wayne, and Elvis. The Glee cast holds the overall record, with 207 Hot 100 appearances.

So that makes Minaj the first solo woman artist to join the 100 club — next in line is Taylor Swift, who has had 77 songs climb the chart. Not only has Nicki dominated the Hot 100 over the course of her career so far, she has also appeared within its Top 10 songs 17 times. That's more than any other female rapper.

The Hot 100, which collates streaming as well as radio play and sales data, has helped define America's pop music landscape for 60 years. Its results are published weekly by Billboard.