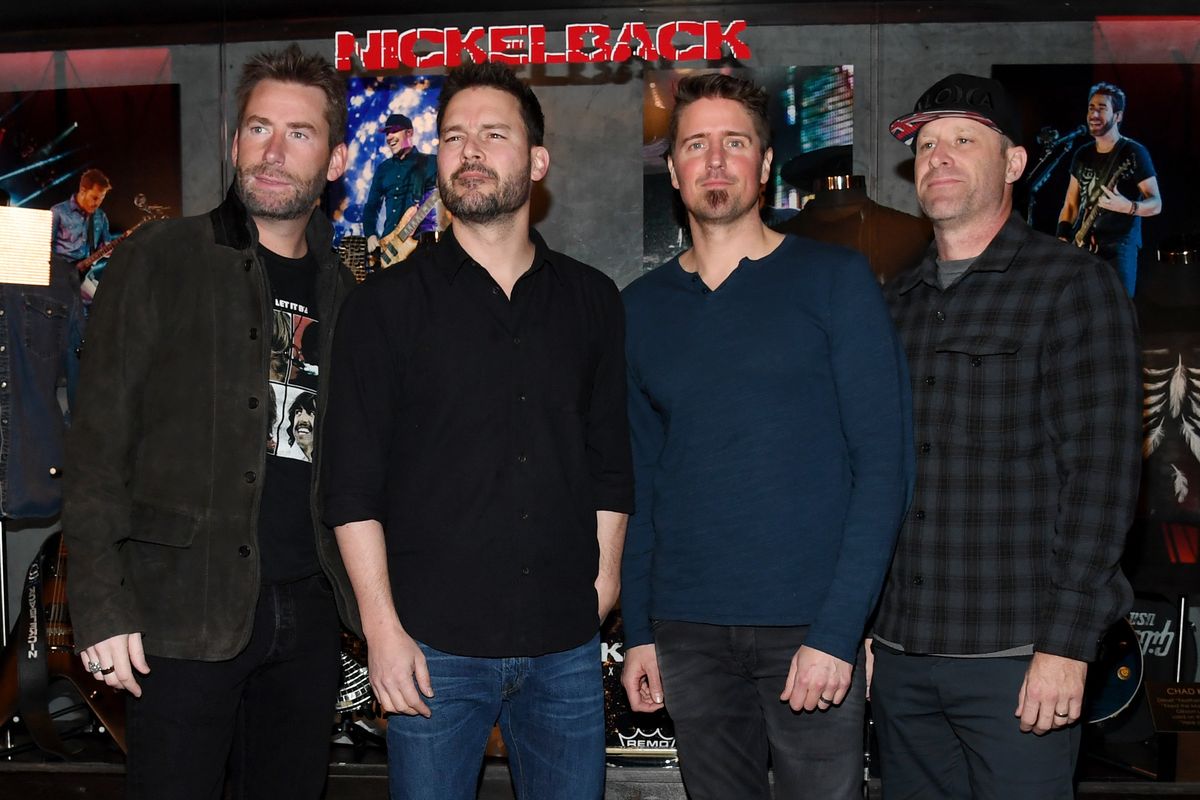 Of Course, Nickelback's Comeback Is in 2020

Pandemic, economic collapse and massive sociopolitical movement aside, 2020 has been a strange year.

There have been murder hornets, Grimes and Elon Musk had a baby (and named it after a military stealth plane), Quibi was a thing for like a week, UFOs are real, everyone got really invested in feud between a gay polygamist who owned a bunch of tigers and a woman who might have fed her husband to tigers, J.K. Rowling is a TERF — and countless other things that we've already forgotten because each passing month feels like it's already years in the past.

This is all to say, nothing phases us anymore so, naturally, cue Nickelback.

In what feels like an incredibly on brand move for a band that's as popular yet arbitrarily polarizing as Nickelback, the Canadian rockers have popped back into our lives with a cryptic post indicating that something is coming. Is it new music? An album? A video? A tour? (Although that seems unlikely given present circumstances.) It could be literally anything. Right now, it is a Schrodinger's box of possibilities.

In all likelihood, it probably has something to do with the band's planned 15th anniversary edition of their album, All the Right Reasons, which is set to come out October 2nd with remastered tracks, new B-sides and live versions.

Even though all of the details regarding the reissue have already been announced, the group was forced to cancel a planned tour, so it could be some sort of livestreamed show as an effort to make up for that. There has also been a documentary about the band in the works that was reportedly finished earlier this year, leaving that open as a possibility.

Regardless of whatever it may be, the timing is impeccable. In a year that seems to have thrown everything at us, at this point we might as well just throw Nickelback into the mix.

nickelback look like if they all joined up together like station from bill & ted it would make simon cowell https://t.co/Wxydyt4zCC
— wet ass p-word (@wet ass p-word)1597181204.0

Stream Nickelback's All the Right Reasons, below.