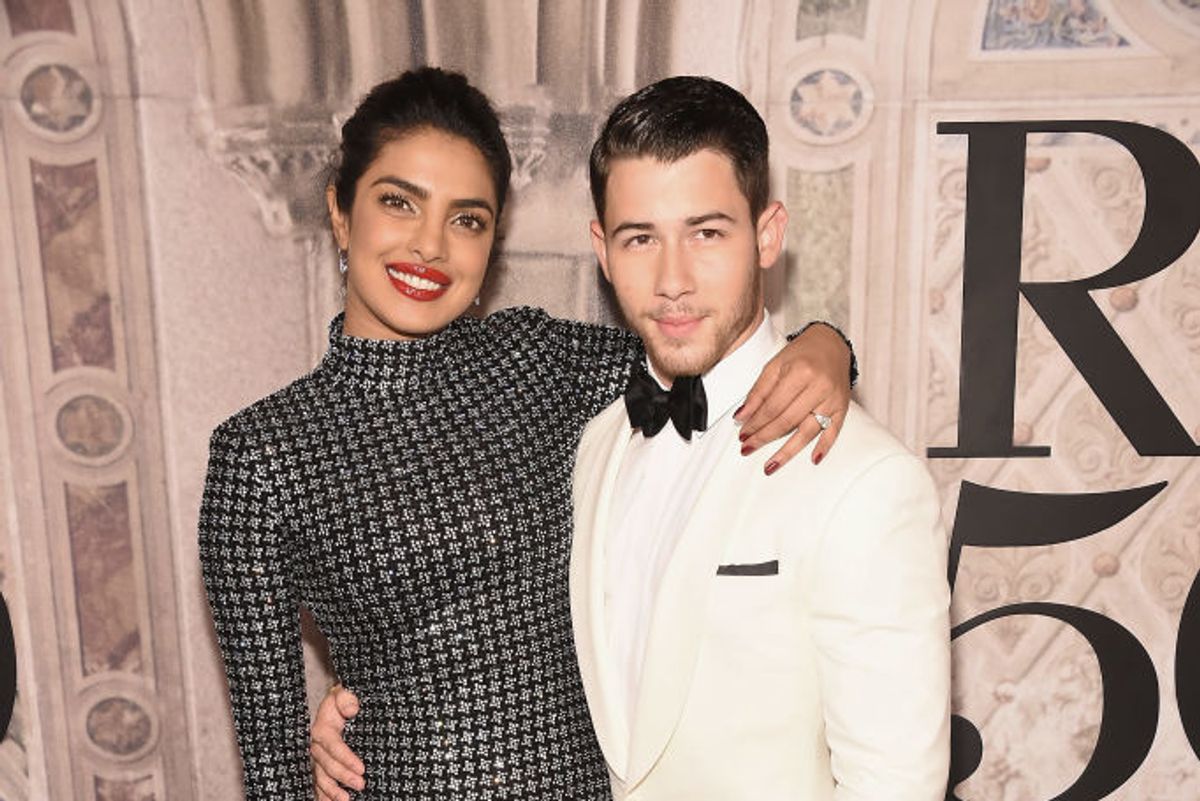 Priyanka Chopra and Nick Jonas are about to get married, and in preparation they sat down to tell Vogue their entire whirlwind love story. The biggest revelation is that it apparently began on social media: he slid into her Twitter DMs, she gave him her number, and things flowed from there. The couple announced their engagement in August, after dating for just over one year.

Jonas and Chopra describe their initial flirtations in dramatic detail. Nick sent the first message: "I've been hearing from a few people that we should meet." Priyanka responded that same day with her phone number. She didn't want to continue the conversation online because her social media team have access to her messages.

They texted for a few months, eventually met up for a drink before the 2017 Oscars, then hung out some more at the Met Gala. Schedules conflicted, and they didn't meet again until the same event a year later. After that, they were inseparable.

But back to the DM thing. We should all be doing this? Twitter is the new Tinder. The success of Nick Jonas, a tween pop star about to marry one of India's most famous, beautiful, and beloved actresses, proves it. Also that woman who got to meet Michael B. Jordan recently.

More fun details courtesy of Vogue: Jonas will ride into his wedding on a horse, carrying a sword. Read the whole thing here.