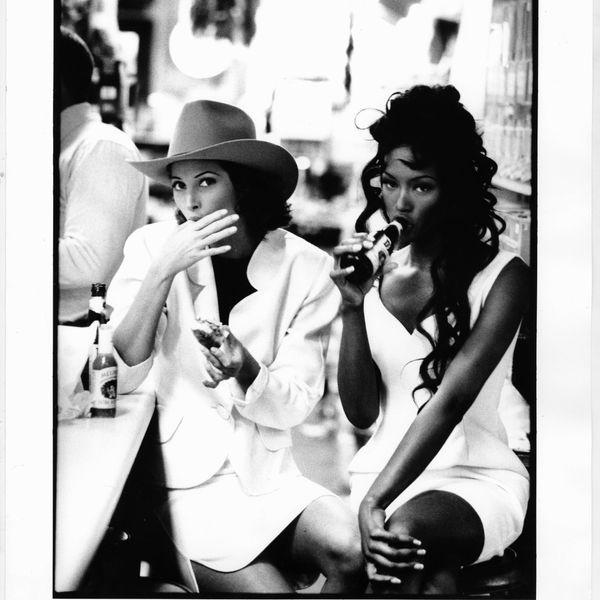 Naomi and Christy on Which Models They're Really Into Right Now

Part of the original crop of supermodels that made waves in the '90s, Naomi Campbell and Christy Turlington no doubt have a ton of juicy stories from their early days of ruling the runways in Milan and Paris.

Related | Naomi Campbell Is Hosting Her Very Own Talk Series

So when the two icons sat down for Campbell's "No Filter With Naomi" YouTube series, we knew we were in for a treat. And luckily, both ladies gave us all the glorious tidbits and more. From their beginnings as young teenagers living in legendary modeling agent Eileen Ford's townhouse to how they felt about that famous fashion documentary Unzipped, no topic was off-limits.

After dishing on some of their favorite magazine covers of all time (including Turlington's stunning yoga cover for Vogue) and sharing which fashion writer they're not too fond of, Campbell turned the conversation to today and asked Turlington which models she thought are the next "us," referring to the OG supermodels like herself, Turlington and Linda Evangelista.

Turlington offered names like Karlie Kloss and Jourdan Dunn, both of whom are super friendly with each other, much like how the original flock of models were at the time. Campbell, meanwhile, said that she's loving Alton Mason and James Turlington (Christy's nephew), as well as Adut Akech, Selena Forrest and Kaia Gerber. See, below, for the full chat between these two legends.