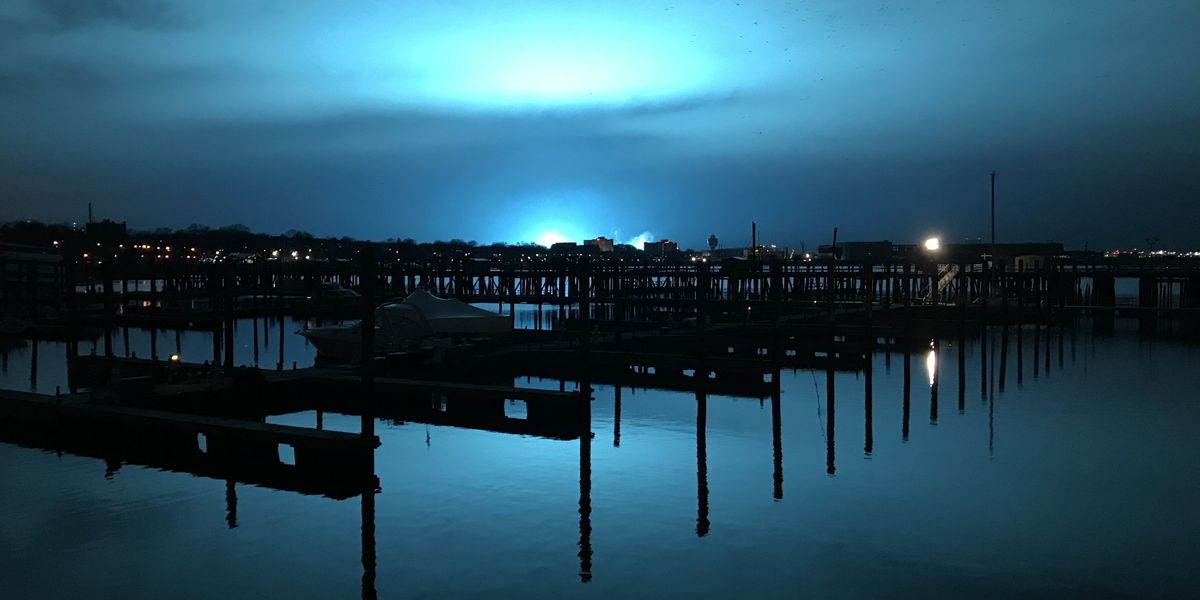 Mysterious Blue Light has Everyone Ready for the Alien Invasion

Last night an eerie blue light lit up the sky over Astoria, Queens. Within seconds twitter was flooded with posts and videos from apprehensive onlookers wondering if it was just them or was everyone actually seeing this? Reportedly the blue light flickered for a solid three minutes before finally dying down, leaving the citizens of New York utterly confused. Was this the start of an alien invasion?

We now know that the mysterious blue light was the result of a ConEd transformer exploding, temporarily leaving LaGuardia Airport and parts of Queens without power. Luckily, we now know that no one was injured in the explosion, power has been restored to those that had been affected, and flights have once again resumed. In what people on Reddit are now referring to as the "Astoria Borealis," it is safe to say that the coast is clear and we can unleash the deluge of memes it has inspired.

Though we all clearly need to give Kelela credit for predicting the beginning of the extraterrestrial invasion well over a year in advance (and providing us with the perfect soundtrack).