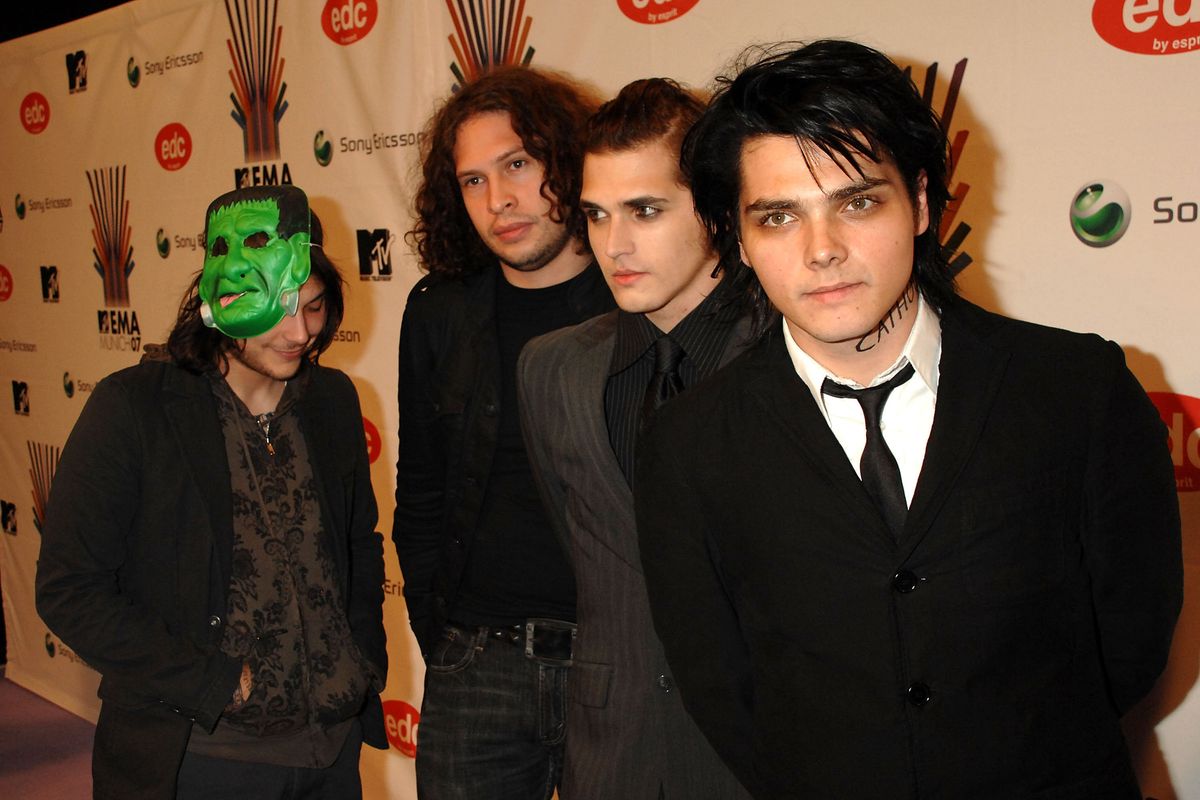 My Chemical Romance Reunite After 6 Years

It's Halloween, and emos are getting a special spooky gift. Mr. Gerard Way has swept into the room in his military coat and announced the long-awaited My Chemical Romance reunion. His beloved group is back, and will play a show in Los Angeles on December 20.

My Chem haven't performed together since 2012, and their most recent album is 2010's Danger Days: The True Lives of the Fabulous Killjoys. In 2014, Way blogged that the group had officially broken up, but hinted they might return down the line.

"Since I am bad with goodbyes, I refuse to let this be one," he wrote. "My Chemical Romance is done. But it can never die. It is alive in me, in the guys, and it is alive inside all of you."

Since then Way has diverted his attentions to a bunch of other projects, including a 2014 solo album, Hesitant Alien, and comic book series The Umbrella Academy, which was adapted by Netflix.

The timing is right for a reunion. Back in March, the band's landmark album, Three Cheers For Sweet Revenge, made a reappearance on the Billboard 200, nestled in at #191 between Chris Stapleton and the Chainsmokers.

There's no word yet about new musical releases, but Hot Topic has already announced a new My Chemical Romance merch line. Say it with me: 20NINESCENE!

Tickets for the December 20 show in Los Angeles are on sale here at 12 PM PT tomorrow, November 1. Welcome back to the black parade.