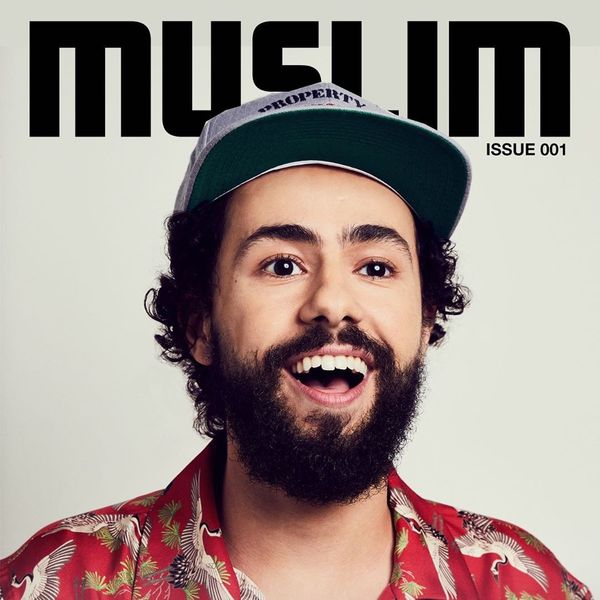 Finally, a New Platform by Muslims for Muslims

In today's heightened xenophobic climate, it's more important than ever to seek out communities that make you feel safe and understood. And that's the exact intent of Muslim, an up-and-coming news outlet and media platform designed for millennial and Gen-Z Muslim youth.

Muslim was founded in February 2019 by Ameer Al-Khatahtbeh, who began studying journalism in 2016. At the time, he was mainly interested in entertainment, but after Trump was elected in the fall, he found himself constantly writing about his Muslim identity. The new wave of prejudice that ensued after the election revealed a deeper issue for Al-Khatahtbeh: most of the news about Muslims was not being reported by those who identified as Muslim.

"I found that there's no Muslim platform, publication, news outlet, or community for us to be having these discussions," Al-Khatahtbeh tells PAPER. "Why can't we Muslims cover news?"

A Zoom meeting between the creators of "Muslim."

The platform was created with this yearning for representation in mind. Muslim teamed up with Muslim Girl, a publication made for Muslim women, and launched a collaborative weekly newsletter featuring everything from news stories, verses from the Quran, Muslim celebrity buzz and memes.

The newsletter quickly grew over 15,000 subscribers and solidified Muslim as a safe, judgement-free space for all Muslims. "From our mission statement, a core thing that we said was this community was meant for all Muslims, no matter how you practice, who you are, or what your race, sexuality or gender is," Al-Khatahtbeh says. By being accepting of all Muslims, the platform hopes to highlight the concept of Ummah, a word that means "community."

Related | TikTok Suspended a Teenager's Account When She Criticized China

The platform's basis of inclusivity has even seen success reach beyond that of the Muslim community. Last September, an illustration from their #CloseTheCamps campaign went viral, being shared across multiple social media channels. Though the illustration was originally designed to raise awareness for Uighur Muslims being held in concentration camps, it became an impactful visual for people from all walks of life.

Through Muslim, which boasts over 25,000 members across 50 states and 100 countries, Al-Khatahtbeh hopes to break down barriers between Muslims and those of different backgrounds. "Alongside creating this safe space for Muslims, because it's needed now more than ever," he adds, "we're also combatting all of these stereotypes and dismantling this negative construction that people have about the face of Islam."

Accessibility has been a key factor in the development of Muslim. By making all of their posts visible to the public, Muslim welcomes those of non-Muslim faiths to visit to their page and learn more about current discussions, beliefs behind their practice and the difficulties the community faces in America's current climate. "I feel like as humanity, we all can relate to each other," he says. "I want Muslim to be everyone's Muslim friend."

The success of the platform's weekly newsletter and social media channels, which sees a combined Instagram following of 280,000 across Muslim and Muslim Girl, have now led to the creation of a new media publication focusing on celebrity and internet culture, as well as the current educational content they share. Launching today, April 20, the first issue features Ramy Youssef, the Golden Globe-winning comedian and actor who is currently spearheading conversations within the Muslim community about subjects that were once considered taboo.

The launch coincides with the start of Ramadan on April 23, so readers can expect an informational initiative surrounding the month of fasting, prayer, reflection and community. "You're not only going to learn so much, but you're easily going to feel like a part of the community," Al-Khatahtbeh says. "We are going to hold your hand and take you with us."

For Al-Khatahtbeh, this expansion of Muslim's mission serves as assurance that members of the community both relate to the current content and still crave more. "It's validation that other Muslims see this as an issue, and that there are so many allies that are on board," he says.

Nowadays, it is crucial that people open their minds and hearts to better understand and support each other. Muslim serves as an example that no matter what background you come from, there will always be a community eager to welcome you.