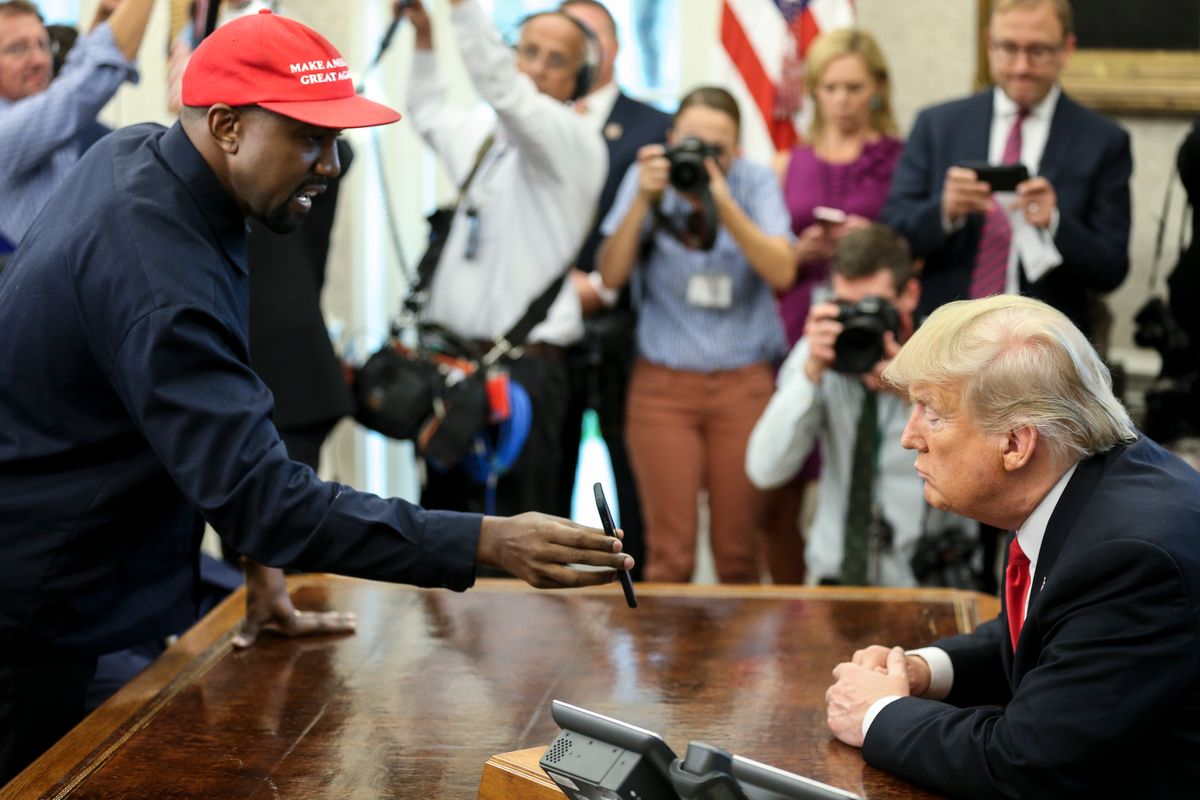 Why Is the Music Modernization Act Important?

But what exactly is this law? Though it was created by Republicans (Senator Orrin Hatch of Utah and House Judiciary Chair and Virginia Representative Bob Goodlatte), the bill is said to have been one of the few issues garnering bipartisan support in an administration where few things do.

Related | Kim Kardashian 'Proud' of Kanye for Meeting with Trump

It primarily benefits those working in the music industry. The White House tweeted that the new law "will close loopholes in our digital royalty laws to ensure that songwriters, artists, producers, and providers receive fair payment for the licensing of music."

Moments ago, President Trump signed the Music Modernization Act, which will close loopholes in our digital royalty… https://t.co/O5czbS7Q46
— The White House (@The White House)1539277161.0

The U.S. Copyright Office says that the Act represents a "passage of landmark legislation expected to benefit the many stakeholders across all aspects of the music marketplace, including songwriters, publishers, artists, record labels, digital services, libraries, and the public at large."

The basic idea is that the new law makes it easier for musicians and songwriters to get paid from digital streams, something musicians like Prince, Taylor Swift, Coldplay, The Black Keys, Beck, and countless others have either spoken out about, or have pulled their music from streaming platforms altogether in protest.

"Without songwriters, there are no songs. It's that simple," says Grammy-nominated songwriter Sarah Hudson, who's penned hits for stars like Katy Perry, Dua Lipa, Nicki Minaj and Charli XCX. "We go into studios every single day with a hope that the song we write will get out into the world for people to enjoy, and we should be compensated fairly for our relentless work. It has been a battle thus far in the era of streaming, but now with The Music Modernization Act finally in place, it gets us one step closer to what we all deserve as creators. I am so proud to be a part of this community and will continue to fight for our rights as songwriters, musicians and artists... since we truly make the world a more magical place to live in, right?"

Jesse Saint John, who's written for Kim Petras and Britney Spears, echoes Hudson's excitement. "This is a major win for songwriters," he says. "A lot of people don't realized how unfairly we were being paid for streaming because the laws were prehistoric, so this gives a lot of new writers more of a fighting chance. I hate our country's current political situation and usually close my eyes when I see the word 'Trump' but this is the first cool thing I've seen in a while."

More specifically, Rolling Stone reports that the Music Modernization Act will make sure that songwriters and musicians receive royalties on songs recorded before 1972, that some royalties go to producers (marking the first time producers have been included in copyright law), and that streaming services will have to pay owners of music rights directly, "in a more streamlined fashion." Additionally, "an independent entity" will reportedly be established to oversee this process

As for the rest of us, if we care enough, we can now stream songs peacefully, knowing that our faves (and the ones who wrote them) are finally getting their due.