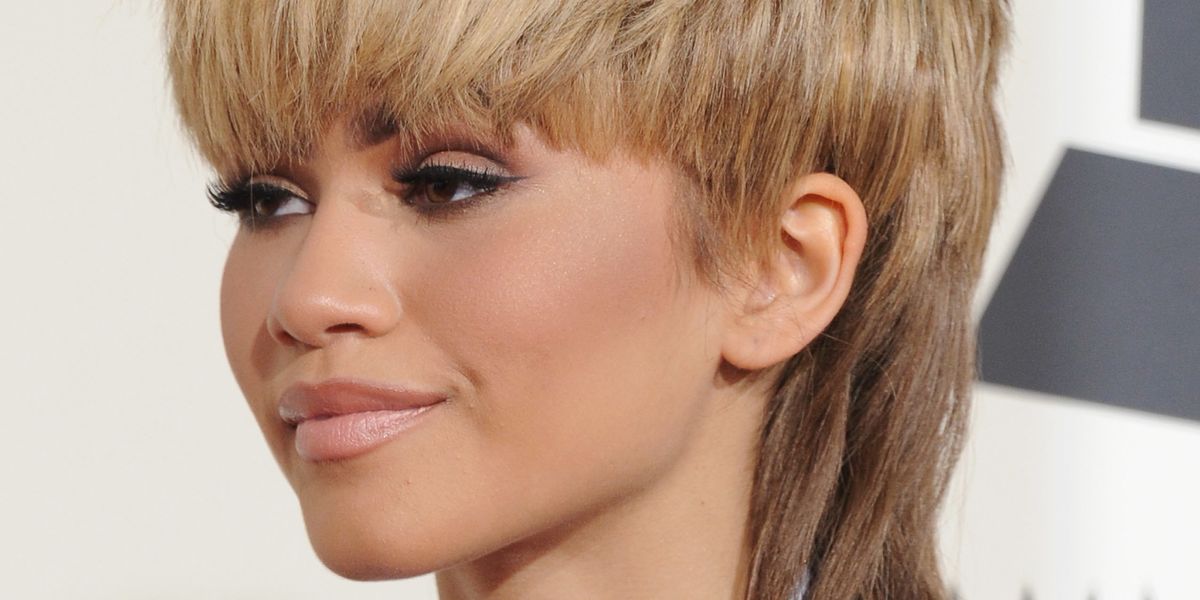 Reintroducing the Mullet: You Wanted It Back, You Got It

You asked for it, not me: the mullet's back, and it's having a full-blown revival. Welcome to Mulletville.

I hope Billy Ray Cyrus is happy with himself, because it seems as if #MulletPride is on the upswing thanks to his track, "I Want My Mullet Back," off of his 2006 album, Wanna Be Your Joe. A simple search for the audio on TikTok will leave you with an endless supply of lip syncs to the songs, in which users show off their luscious back-chopped hair in a variety of poses and situations. So, if you've got it, flaunt it — pull up your Ford F-150 and let those locks fly for the 'Tok, baby!

The trend is a bit of an oxymoron, though, considering Cyrus is pining for his old hairdo and not showing it off to begin with. Some have picked up on this, like one user's #TBT of her father. Despite sporting a dense mullet in his wedding photos, user @jrose.phil pans the camera to show him lusting after his old hair and promises that if the TikTok goes viral, he'll grow it back. There's no official word yet on whether or not he'll follow through, but with over 100k likes, it looks like it's about time.

There's really no way to tell exactly how the trend began, since unlike Lil Nas X's "Old Town Road," or other TikTok challenge songs before it, the "I Want My Mullet Back" has been around for over a decade. Perhaps the trend is kickstarting in the same way Lizzo's "Truth Hurts" did, despite being out since 2017. Renewed interest in Cyrus' discography might also be attributed to his feature on the remix of Lil Nas X's hit TikTok song. Despite its newfound resurgence in popularity, Wanna Be Your Joe as a whole is unfortunately unavailable on streaming services. "I Want My Mullet Back" is available on Apple Music and Spotify for streaming, however, under his 2017 album Set the Record Straight. Praise be the streaming gods.

The country mullet is only one subset of the larger mullet community that's gaining mass visibility at present, though, as can be seen in the hairstyle taking over New York this summer: the Bushwick mullet. With an unclear origin story and no actual metrics as to the trend, the Bushwick mullet is something of a new phenomenon that's collectively taken hold of Brooklyn and parts of downtown Manhattan.

The Bushwick mullet is less flowing and free-falling than the classic country mullet, as shown in the above TikToks. Simply put, it's more of a structured chop with less body and wave. Think about what the 2009 Justin Bieber haircut was to Zac Efron's High School Musical 'do — that's what the Bushwick mullet is to the country mullet. A simple search for "Bushwick mullet" on Google gives me tons of images of extremely accurate representations of the style, presumably sourced from hair salons based in New York, like Tomahawk Salon on Thames Street.

There truly are an endless amount of mullet sub-genres in addition to the country and Bushwick mullets; don't get me started on the very #20NineScene-esque reverse mullet. The trend truly shows no signs of stopping, multiplying and mutating endlessly until each of us ends up with a mullet, a TikTok account, and a playlist of only Billy Ray Cyrus. Actually, it sounds like a pretty good time. I'll have to mull it over for myself.