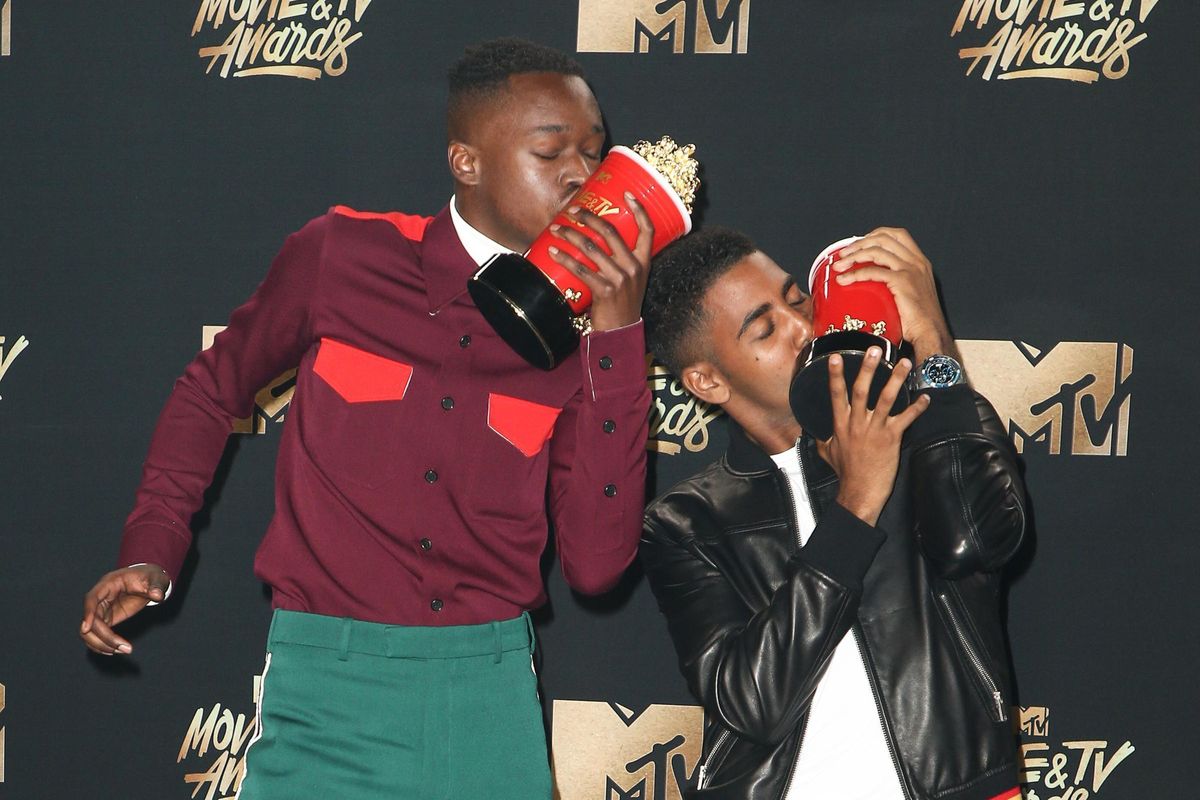 Having just come off his first Met Gala run, where he walked the infamous red carpet alongside Raf Simons in a decadent leather Calvin Klein look (he's the current face of the brand) and took bathroom selfies alongside the likes of Kylie Jenner, Kim Kardashian, and Frank Ocean, it's safe to say that Ashton Sanders' post-Moonlight career has been doing just fine. But that's not to say that the young star is done basking in the glory the movie has left on the world just yet.

Last night, at the MTV Movie & TV Awards in Los Angeles, CA, Ashton Sanders, along with his costar Jharrel Jerome, were awarded the golden popcorn trophy for "Best Kiss" based on the sensual scene the two actors shared on the beach in the Academy Award-winning film. The win is historic for a number of reasons, including the obvious fact that it was the only same-sex kiss nominated in its category, as well as being one of only two kisses that were shared between people of color.

Sanders quickly followed suit, taking the spotlight off of himself and turning it towards the larger community. "This award is bigger than Jharrel and I. This represents more than a kiss. This is for those who feel like the others, the misfits. This represents us."

The moment was really sweet, and everyone in the audience seemed to be genuinely moved. Though it's only a matter of time until Moonlight Mania dies down for good, it's moments like these that prove that the hype is far from being undeserving.