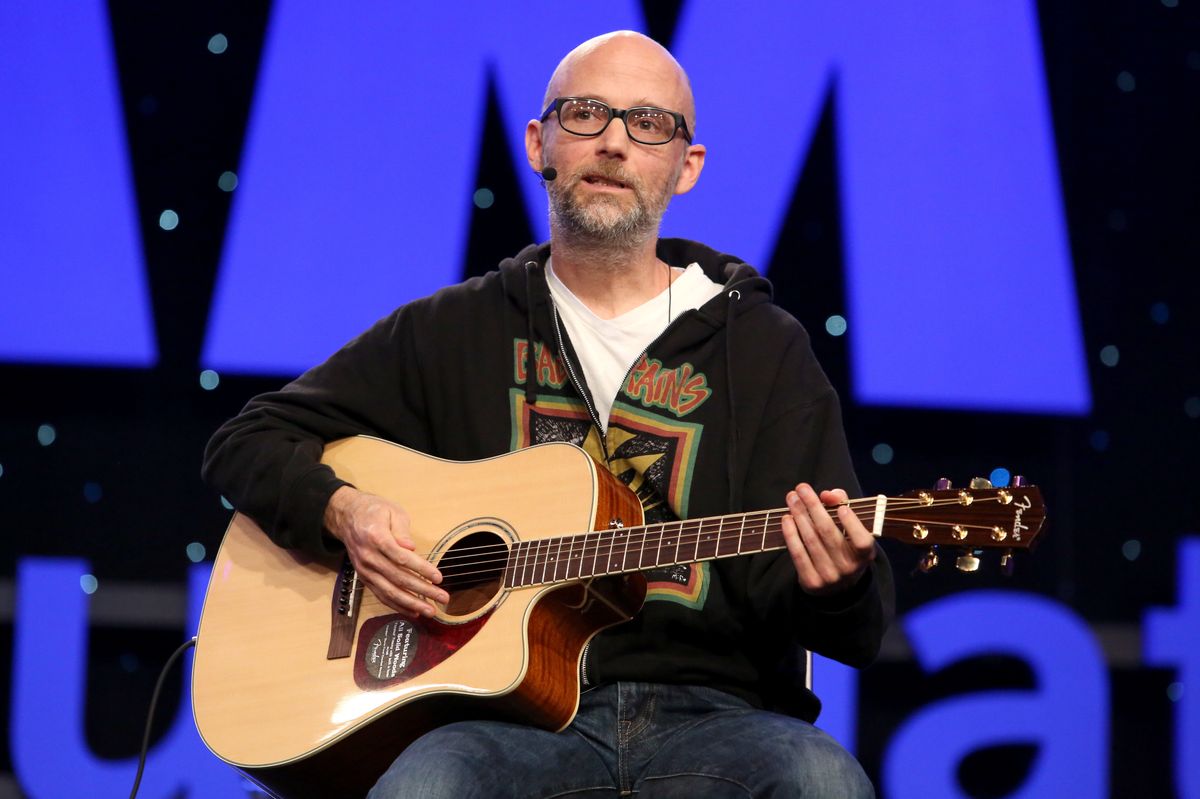 How Moby's Involved in the Trump and Deutsche Bank Investigation

Moby, that inescapable bald man, seems to be dead-set on making us talk about him in 2019. First, he received criticism for bragging about once allegedly "rubbing his penis on Trump." Then, he received much harsher criticism over the Natalie Portman thing — Moby called it "dating," Portman called it "a much older man being creepy with me when I just had graduated high school."

Now, he's back in the news for more noble reasons. Moby apparently played a small but meaningful role in securing evidence for the ongoing investigation of Trump's relationship with semi-criminal, ex-Nazi bank, Deutsche Bank, which had a penchant for committing fraud and money-laundering, while bankrolling the current President's business pursuits for two decades.

Moby's role is so significant that there's whole section of the New York Times' new report on the matter titled "Dinner with Moby." The section outlines how Moby used to pal around with Val Broeksmit, a musician in the band Bikini Robot Army. He's become a major whistleblower in the case, because of his intel relating to his father Bill Broeksmit: a senior executive at Deutsche during the Trump years, up until 2014 when he committed suicide. Sounds about exactly like the kind of person Moby would chill with!

Moby met Broeksmit at a Hollywood party around 2016 and they got along: he told NYT that "he was impressed by Mr. Broeksmit's exploits and existential sadness."

After Moby heard about Broeksmit's past and learned he had a trove of secret documents relating to this father's business, he casually introduced him to Adam Schiff, the chairman of the House Intelligence Committee, who had recently opened the investigation into Deutsche Bank's relationship with Mr. Trump.

Now, Broeksmit's materials have reportedly been seen by the Federal Reserve, Congress, and the F.B.I, and are at the heart of the investigation into Trump's relationship with Deutsche. According to the NYT, despite Moby's encouragement, Broeksmit is a real piece of work and tried everything he could to get paid for the documents before handing them. He even proposed he be hired as a "consultant" to the House Intelligence Committee for the investigation. Eventually, Congress had to subpoena him.

Nonetheless, Congress might never have laid eyes on the documents if Moby weren't the type to take a scamming, estranged bank mogul's son under his wing. Hats off to Moby on this one.