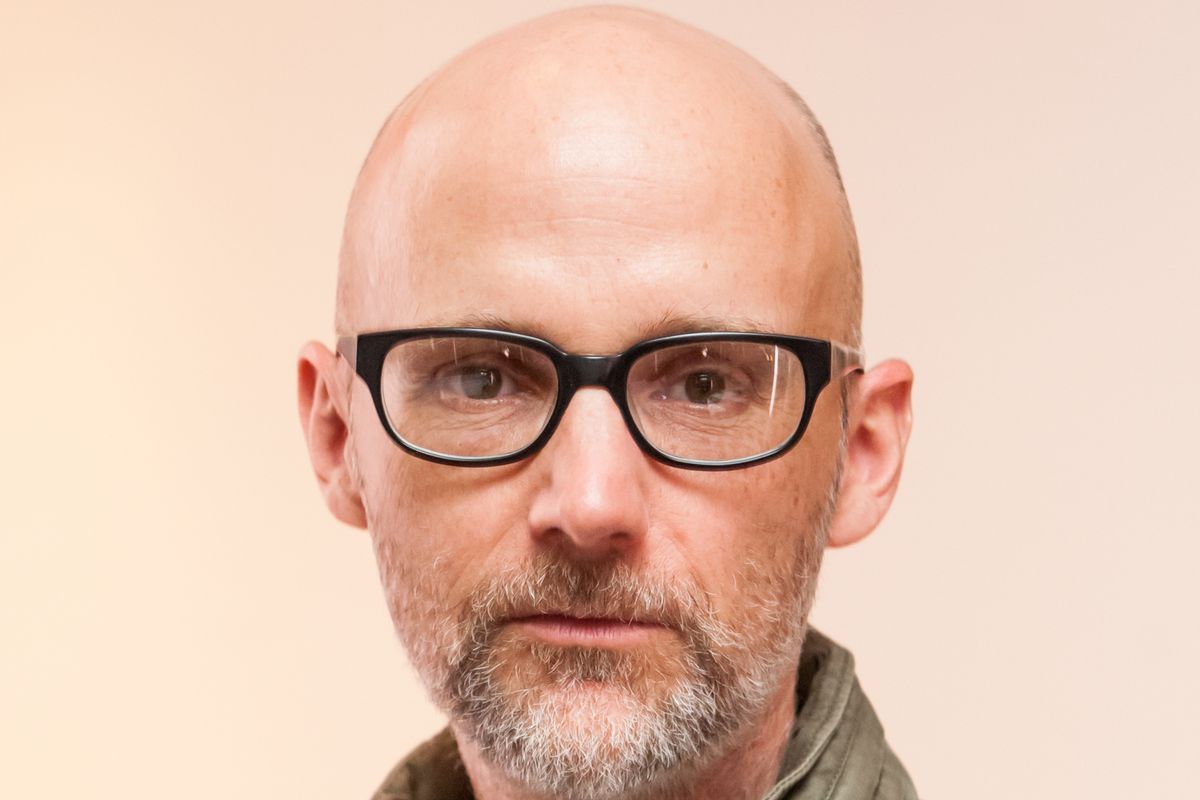 Moby has never been one to fit in, but that's never stopped him. The multi-talented electronic musician stood out in his own way: Religious, a staunch vegan, and a straight, white kid who loved both hip-hop and the club scene. From a young age, he became heavily involved in the New York City club scene of the '80s and '90s (he got his first job spinning at Mars by accident). "It was a time in nightlife that was so diverse. It was very inexpensive and very dangerous," he recalled. "These nightclubs almost became refuges and safe spaces for people."

In May, Moby released his memoir Porcelain, alongside a collection of music that chronicles his time growing up in an era bursting with so much musical diversity. It's a time capsule that pays homage to his days spent in New York City nightclubs like Mars, Red Zone and Nell's. We caught up with the iconic musician to talk about that eclecticism and diversity of that vanished club scene, oversharing in his memoir, and evaluating hip-hop's landscape today.

How does the album for Porcelain go hand-in-hand with your memoir?

Well, the record almost serves as a historical reference. A lot of the music on the first disc is music that's written about in the course of the book, but disc two is a lot of underground house music, hip-hop and dance music that was really inspiring to me and was a huge part of nightlife in New York in the late '80s and early '90s. I wanted to have a way for people to get a sense of what the club kid scene and early rave scene actually sounded like in New York.

Which hip-hop artist influenced you the most during your time in the club scene?

There are the people who made the records and then the DJs themselves. The DJ who influenced me the most was Clark Kent, who I used to play with at Mars, but as far as hip-hop artists go, it would probably be De La Soul. Their approach to production with Prince Paul was so unique and at the time really idiosyncratic. There are other artists that are much bigger, but the first De La Soul record [1989's 3 Feet High and Rising] really seemed new and revolutionary at the time.

Tell me about playing at Mars. What was that experience like for you?

For me, it was unexpected and remarkable in so many different ways. I write about this in the book, but I almost got my job there by accident. I dropped off a demo tape and somehow I got a job and started working there. In the few years I worked there, I played house music, hip-hop, funk, reggae and techno. You basically had to bring all of your different records, depending on what floor you were working on. It was a time in nightlife that was so diverse, meaning, you would walk into Mars and it was black, white, Latino, gay, straight, male and female. You would have rappers standing at the bar next to drag queens. That eclecticism hasn't really existed in New York in a very long time. I love New York City, and it's the city of my birth, but there was a phenomenal melting pot of eclecticism in the late 80s and early 90s. It was very inexpensive and very dangerous. People were dying of AIDS, crack violence, drug addiction and gang violence. So, these nightclubs almost became refuges and safe spaces for people. A lot of people would go there and [the clubs] would represent a chance to drink and dance for a couple of hours and a chance to escape the people dying outside. It was very special. Also, the music being played was very underground in ways that I don't think people can conceive of today because there was no internet, Spotify or Soundcloud. Clubs like Mars, Red Zone, Nell's and The Tunnel played records that were huge, iconic anthems that no one outside of lower Manhattan had ever heard.

How does your music really play into your memoir and your experience growing up in New York?

I've been making music since I was ten years old. I grew up playing classical music and played in punk bands. I got into electronic music in the mid-80s. Music is the spine of the book: it's the connective tissue of the whole book. In the course of the memoir there's me, of course. Then there's New York City, which is a huge character in the book. Really the connective tissue is music and the culture around music. It's this constant thread. Clearly, the only reason anyone has ever been able to pay attention to me is music. I might get very involved in different types of activism and write books, but ultimately, music has been a constant in my life for many decades.

Is there anything you regret sharing in your memoir? Anything that made you feel too vulnerable?

I'm not troubled by anything that embarrasses me or might make me feel ashamed. The only thing I might regret are that there are a few places where I might have compromised someone else's privacy too much. There's a chapter where I accidentally slept through my mom's funeral, and it's a very private moment in my family. Luckily everyone in my family seems to like the book so they weren't too upset. That was the only moment that really gave me pause. I have no problem throwing myself under the bus or sharing anything about my personal life, but I don't really want to do anything that would compromise anyone else's privacy.

Obviously being in this club scene in the '80s and '90s exposed you to really the early years of hip-hop. What's your take on the genre today?

On one hand, I feel like the fact that I'm a 50-year-old Caucasian guy kind of disqualifies my opinions about certain things. The other day, I was talking with my friends and we were all bemoaning the sad state of pop music. We're all in our 40s and 50s. We're not the target demographic for Justin Bieber records. With hip-hop, I have an opinion, but I also have to qualify the opinion with the fact that I'm a 50-year-old white guy. When hip-hop first started, it was so sonically experimental and as the '80s progressed, it became incredibly political. It became a force for social change. Then, something happened in the mid-to-late '90s when hip-hop just became about bottle service. It feels like a let-down. Here's this movement that could have truly been involved in shaping the world and it retreated into this sad materialism of nightclubs and bottle service. I think for hip-hop to evolve and grow, it needs to regain its social conscience. It has to really concern itself with politics, because the issues we're facing globally are a lot more important than bottle service and being in a nightclub.