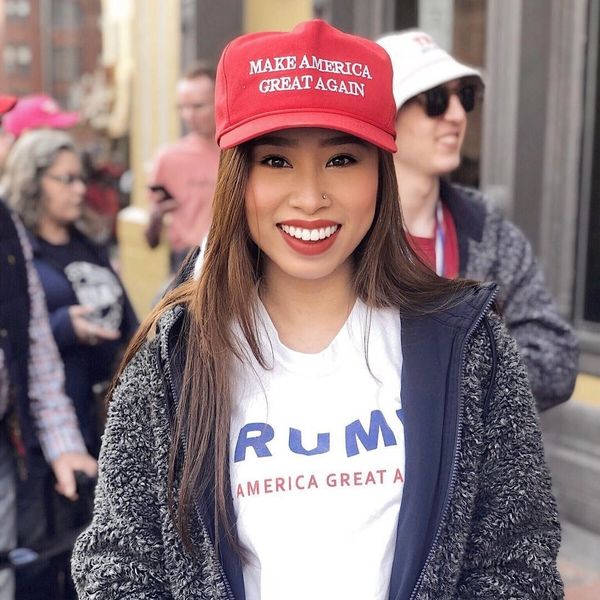 Miss Michigan Stripped of Her Title For Racist Comments

A day after being crowned Miss Michigan, Kathy Zhu, a vocal Trump supporter, has been stripped of her title for making racist comments.

The conservative activist, who is a student at University of Michigan and the social media director for Chinese Americans for Trump, was reportedly given the boot after a particularly disturbing tweet aimed at African Americans.

In response to another tweet that said: "Stop killing black people!!" Zhu wrote, "Did you know the majority of black deaths are caused by other blacks? Fix problems within your own community first before blaming others."

Zhu, however, seemed to have tried to argue her expulsion with the organizers, following which she was told to stop any mention of her winning the pageant or using any images from the event.

Shortly after, she took screenshots of the letter and posted it across her social media accounts with the caption: "Miss World America's State/National/Chief Director accused me of being racist, Islamaphobic, and insensitive," she wrote. "They stripped me of my Miss Michigan title due to my refusal to try on a hijab in 2018, my tweet about black on black gun violence, and 'insensitive' statistical tweet."

Her hijab mention is referring to a now deleted tweet from February 2018, where Zhu called out a World Hijab Day awareness event at the University of Central Florida."There's a 'try a hijab on' booth at my college campus," the tweet said. "So you're telling me that it's now just a fashion accessory and not a religious thing? Or are you just trying to get women used to being oppressed under Islam."

Although she has been "disqualified" from entering the Miss World America pageant this October, she continues to defend her stance and has appeared on numerous news segments including one on CNN and Fox News voicing her opinion.

"They just immediately assumed that I was a racist," she told The New York Times. "They should have let me explain myself."

No word yet on who's going to replace Zhu, but the 20-year-old seems to have amassed a fair range of support after her dismissal from like-minded conservative voters who claim she's being punished for "voicing her opinion."

"Kudos to you for not compromising your principles to an Anti-American Socialist organization. So disgusting what these lunatics are trying to do and are getting away with in our country," one follower wrote under her Instagram post.

Another added, "I'm sorry but this is who the left are: they despise freedom, including the first amendment, unless you agree with everything the say."

Interestingly, since being elected and even during his 2016 Presidential campaign, Trump has routinely and consistently attacked China for "mooching off" America. In 2015, Trump accused the country of "one of the greatest thefts in the history of the world."

In one instance in 2016, a New York Times editor was allegedly harassed and told to "go back to China" by a supposed Trump voter while out in Manhattan, which has become reflective of the standard rhetoric spewed by a number of his supporters. The President himself has attracted intense criticism for similar racist comments. Most recently, in attacking four progressive democratic candidates of color on Twitter, he called for them to "go back" their country.