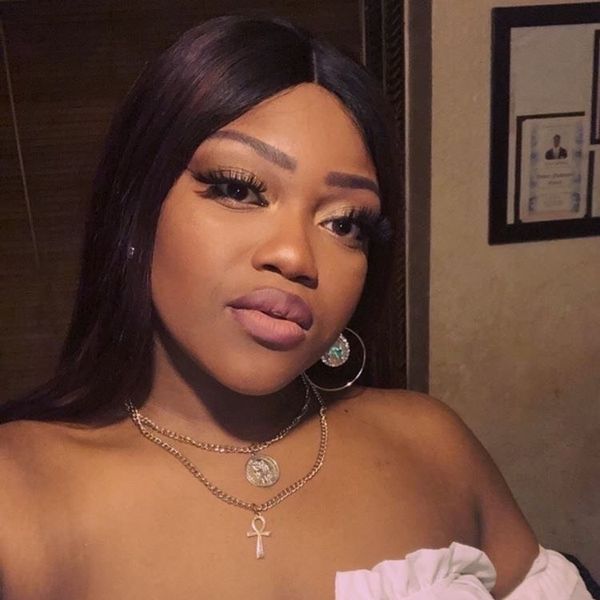 What Happens When Your Tweet Becomes a No. 1 Hit?

Everyone wants to go viral, but the trappings of that phenomenon aren't always as pleasant as one would imagine, and that's something London-based singer-songwriter Mina Lioness knows all too well.

But little did Mina know that her spur-of-the-moment comment would result in a belated writing credit on a record-breaking hit song, not to mention a much deeper discussion about intellectual property rights in the internet age and the debate over viral content ownership.

To understand the nuances of the situation though, we need to go back to the chart-topping song in question: Lizzo's anthemic "Truth Hurts." The popularity and success of the hit, two years after its initial release, has also ushered in a litany of headline-making controversy — the most prominent of which is a plagiarism allegation leveled at the artist by songwriters Justin and Jeremiah Raisen.

Last month, Justin Raisen took to his Instagram to allege that "Truth Hurts" was adapted from a track called "Healthy," which the duo wrote in 2017 with Lizzo and other members of her team. In his post, Raisen also mentioned that the song's melody and iconic "I just took a DNA test, turns out I'm 100% that bitch" lyric was "inspired" by a meme that utilized Mina's tweet — a claim that Mina herself previously tried to assert in a brief 2018 Twitter exchange with Lizzo. However, at the time of the exchange Lizzo asserted that she had "never seen ur viral tweet but I'm glad it exists."

"Truth Hurts was written in June fyi," Lizzo responded. "Someone made a meme on IG that said "I'm 100% that bitch" and we were inspired, I give that meme credit when I talk about making the song."

And though Lizzo eventually recanted and gave her a writing credit, at the time, her initial response wasn't anything new for Mina, whose assertion of ownership over the line kicked off an online maelstrom of dismissive arguments encompassing everything from the bad faith "no content is original content" tangent to flat-out assertions from others that she was lying.

"I was just being gaslit. People trying to accuse me of lying and telling me, 'Well, I saw that on Tumblr in 2016, this has been on Instagram for years, or my friend in Liverpool once said this,'" Mina says. "But when I asked for proof, I wouldn't hear back."

And while Mina acknowledges that "everything has an origin," including her own tweet that can (technically) be considered a riff on Lovato's post, what many forget is that contextual intent and reworking makes all the difference. But Mina's case also brings up an important question pertaining to the intellectual property rights debate surrounding the internet's favorite form of communication: Memes.

Legally speaking, it's still a pretty murky question thanks to a number of moving parts. As pointed out by TheLawTog, memes are inherently derivative, and while there's fair use and free speech parody defenses, sometimes that's just not enough. However, the website is also primarily focused on a slightly simpler meme format — i.e. memes that utilize someone else's photograph, image, or artwork.

But what exactly happens when we're talking about a line of text? Technically, even a line of text or phrase should be copyright-able, but to what extent? And are we entering dangerous territory when we apply a hardline argument to things like a "Nobody: Me:" meme?

That said, as Mina's representative Ibrahim Ojaali — managing director of intellectual property firm MarkIt IP— puts it, "This should not add to the confusion, as the simple answer is the content creator retains the rights in the content." But Ojaali also acknowledges that "with such ease of publishing and sharing content, it can be easy to lose track of your creation, particularly once it has gone viral through sharing and reposting, on that platform and beyond." Coupled with a lack of awareness surrounding IP right on both the third party and content creator's ends, we're presented with another tricky consideration within an already-complicated situation.

So without a lot of legal precedent when it comes to copyrighting text-based memes, it all becomes a much more-nuanced and, oftentimes, case-by-case discussion. In Mina's particular situation though, the answer seems quite clear, especially since her tweet — while technically informed by Lovato's — is, conceptually, very different from the original, thereby morphing into its own standalone commentary.

Another thing we do know for certain is that there's still a huge disconnect between traditional IP rights and the way culture-at-large thinks about ownership of viral content, as evidenced by the vitriolic response to Mina's initial claims. And perhaps it has something to do with the way we participate in meme culture nowadays, as anyone with an internet connection is privy to participating within viral discourse by putting individual spins on a trending format or base image. Or perhaps it also has something to do with the way people tend to view memes and viral content — as a "lesser" artform that, to some extent, the public is entitled to as it's their participation that makes it a thing.

Nevertheless, as Mina points out, it becomes a problem when other people (i.e. large meme accounts) begin to monetize and profit off lifted content, especially when they post screenshots that crop out the original account.

"I've had it happen to me quite a few times," Mina explains, though she says there's "only so much you can do" when it happens. "You can ask them to remove it or make claim on the internet that you started it, but there's [just so much] information on the internet." Even more unhelpful, she adds, is the fact that your tweet is inherently "out there for the public," where there's "no authority, no regulation, no one to say, 'No, that's not right."

Mina continues, "We're [relying on people adhering] to a mutual understanding. But I enjoy creating content and putting it online so, to an extent, it goes with the territory. You gotta be ready to fight, but you also have to remember that it's the internet."

That said, when asked why the pushback to her IP claims was so antagonistic, Mina is just as baffled as the rest of us, though she ultimately attributes it to an inherent desire to "undermine" her.

"Black women aren't given the benefit of the doubt... online and offline."

"In your head, I don't deserve the credit for something as popular or iconic as this phrase," she says. "It's sad. I'm not asking you for money or anything. I'm just asking for you to believe me" — a point that launches us into a lengthier discussion about the way Black women get written out of the narratives attached to many of their significant cultural contributions.

Though it's been a long-standing conversation, Mina's case demonstrates that there's still a lot of work to be done in this arena, and it starts with "being believed."

"A lot of times, Black women just aren't believed," Mina says, though she's also quick to point out that there's a definitive paper trail backing up her assertions. "If there's a single lie in anything I've said, someone would've been able to find it," she adds, before explaining that, "Black women aren't given the benefit of the doubt... online and offline."

In the midst of this all, Mina does express gratitude toward Lizzo for eventually giving her credit, though she's unsure of what exactly changed. However, she speculates that through all the discussion, Lizzo likely just felt that "ownership and ownership rights are important."

"Ownership is everything," Mina says, before adding that her only misgiving about the way things played out lie in the fact that her initial response fed the backlash against Lizzo.

But, as Mina puts it, there's only so much about this particular situation she can do — especially when it comes to things like Etsy stores utilizing her tweet for pins, earrings, and whatnot. Instead, she says she's more interested in moving forward with her own career endeavors at this point, which include a project "dedicated to Black British girls" and the multitudes of their experiences, as well as a joint business project with her friend, Jam.

"It'll be a double-sided project that will encapsulate different life experiences, because that's what I'm good at," she says. "I'm good at social commentary, whether it's through tweets or music, and that's what I pride myself in."