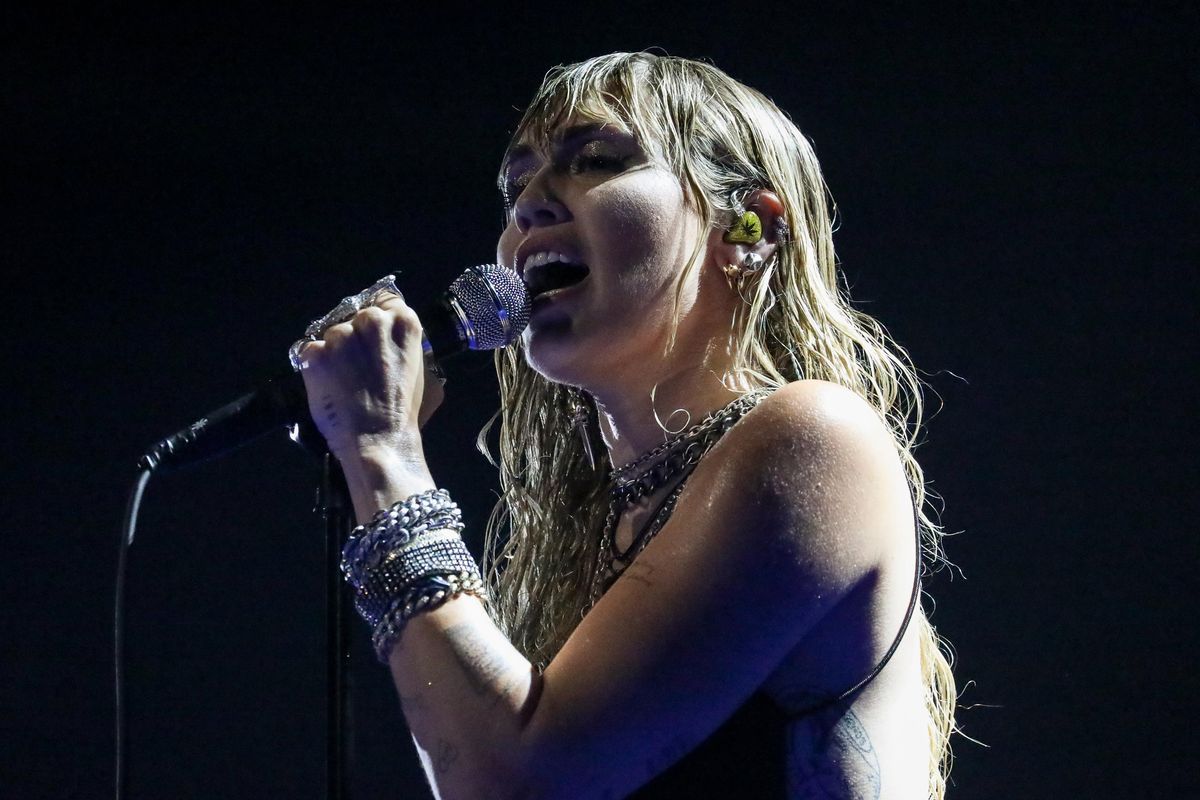 On Friday night, Miley released "Mary Jane 5EVR" on Instagram, a song she says she wrote years ago in her and then-fiancé Liam Hemsworth's old Malibu home, which was destroyed in the California wildfires. She wrote it in honor of her dog Mary Jane, a rescue she adopted back in 2012, that died recently of cancer.

Related | How Miley Cyrus Likes to Use Sex Toys

"Music is my medicine. This song revolves around loss & heartache. Which I am currently experiencing after Mary Jane's passing," the singer wrote. "MJ was a true queen. She wore her grace, dignity & kindness like a crown. She will never be forgotten and will forever be missed. To know her is to love her. It has been my honor being her mom and best friend."

Miley announced MJ's death on her Instagram Stories earlier this week, writing of the 10-year-old pit bull mix, "Our connection was purely DIVINE. An incomparable love."

This isn't the first time the artist has written songs about her pets. She made a whole album with The Flaming Lips called Miley Cyrus & Her Dead Petz, which included a song about her fish entitled, "Pablow The Blowfish." Her cover story with PAPER also featured her pet pig Bubba Sue.