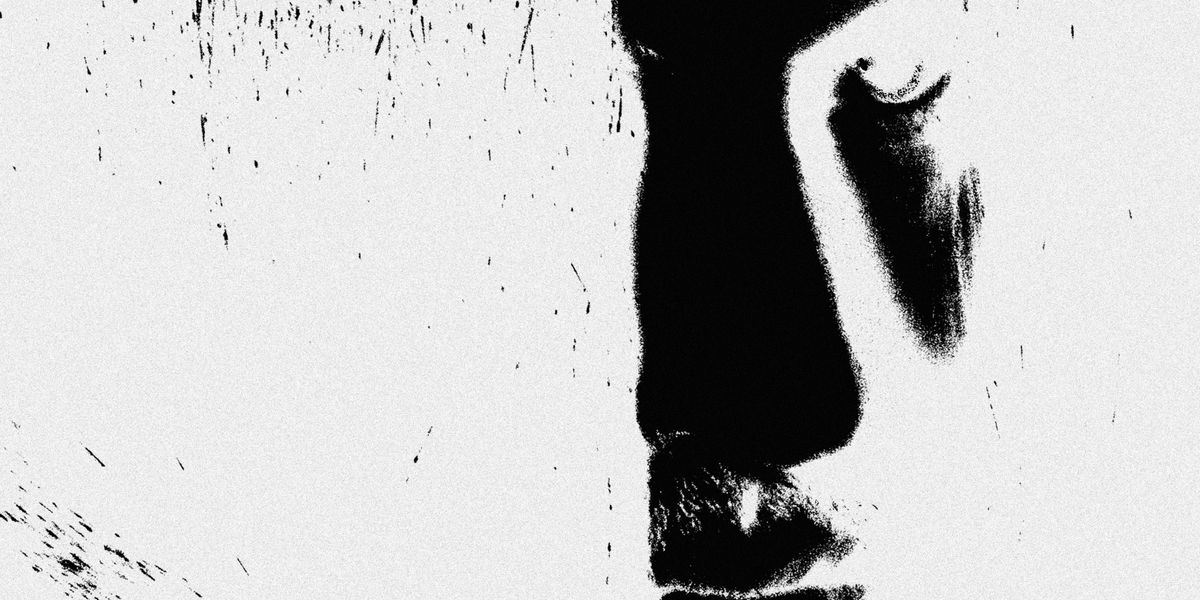 Messer, the experimental music project from Mitch Grassi, is already proving to be multi-dimensional.

Earlier this month, he made an official debut with "Machine," an efficient three-minute single we previously described as a "pop banger in sheep's clothing." Indeed, it's unassuming but relentless — a driving '80s-inflected anthem that never once drops its tempo.

Paired with Messer's darker visual identity — a witchy brunette wig, long latex talons and the occasional ultra-femme fashion accessory — it's clear there's no one way this all could unfold.

Today, Messer premieres the next track off his forthcoming Roses EP, which pushes the music in a more gothic direction. "Angels Pray," also produced by Max Hershenow, sees Messer singing about running away to "a secret space where the devil waits and angels pray" — a dramatic storyline, but lifted up by yet another addictive, power-pop melody.

"'Angels Pray' came from a place of longing, specifically longing for an escape," Messer tells PAPER. "It's that inexplicable desire to run out the nearest exit and leave everything behind in search of a higher personal truth. It's the need for a bird's eye view."

He continues, "When we find ourselves in the midst of chaos, it is often very difficult to view our circumstances from a wider perspective. The voice of this song is searching for solace, perhaps in a new place or perhaps in another human being."

Watch the "Angels Pray" visualizer — featuring an eerie, lo-fi parking lot scene creative directed by Austin Macedo — and stream Messer's new single, below. The Roses EP is out August 27 and can be pre-saved, here.