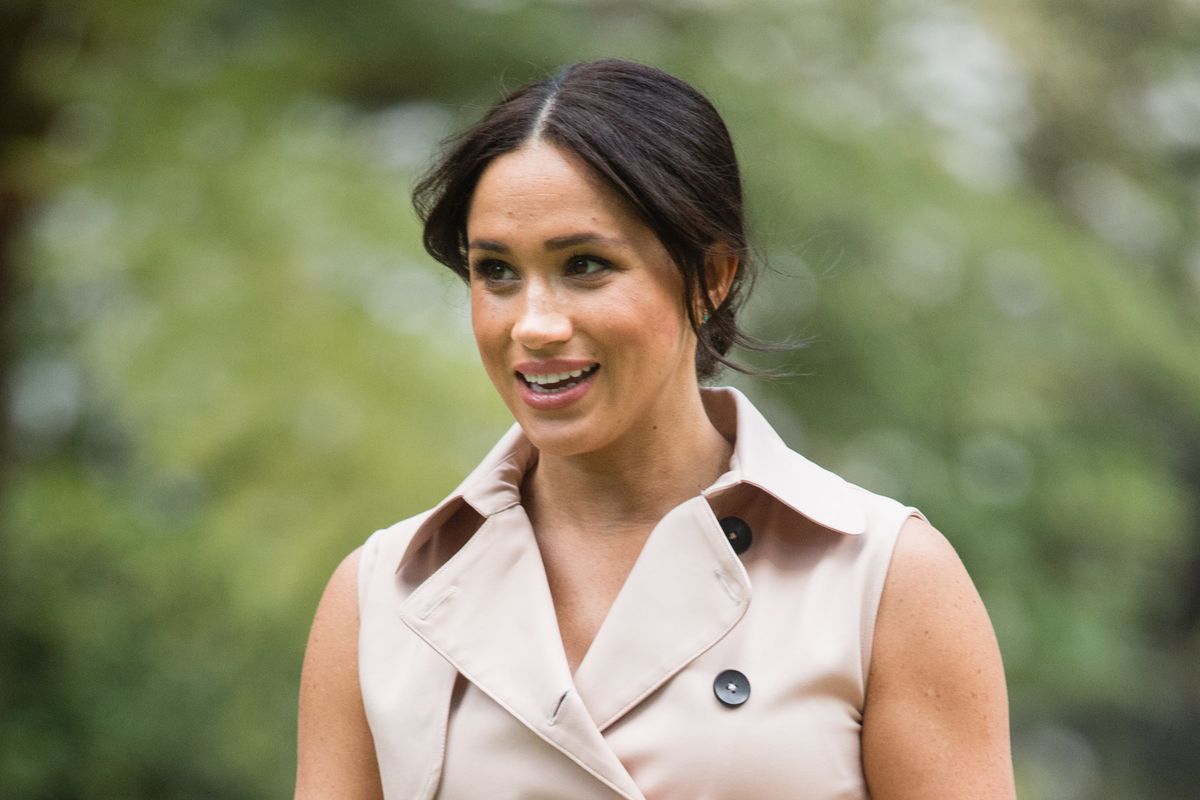 It's hard to feel sorry for a member of the literal aristocracy, but Meghan Markle makes a pretty good case for it. Since marrying Prince Harry last year the former actress has faced an onslaught of vicious tabloid attacks in the UK, far crueller than any sustained by Prince William's wife Kate Middleton over her eight years as a Duchess. (At times it has felt like Meghan's only real ally is Beyoncé, which is admittedly extremely cool.)

Up until now Markle, who royal protocol dictates cannot interact with fans on social media or other public platforms, has dealt with all this criticism behind the scenes. But in an upcoming interview with ITV, she'll reveal the extent of her pain these past months.

World Exclusive; Meghan tells me of the intense pressures of a life in the spotlight and the toll it has taken on h… https://t.co/AjfBpIG09F
— tom bradby (@tom bradby)1571400004.0

In a teaser clip being shared on Twitter, interviewer Tom Bradby asks Markle whether she's been feeling pressure on her physical and mental health. Not only her answer to the question but the way she answers it is frankly heartbreaking.

"Look any woman, especially when they're pregnant, you're really vulnerable, so that was really challenging," she tells Bradby. "And when you have a newborn, especially as a woman it's a lot." She continues: "But also thank you for asking, because not many people have asked if I'm okay." Bradby then asks whether it's fair to say that she's not okay. "Yes," she replies.

This is the first time Meghan has spoken publicly of these struggles, but we already knew she and Harry were going through it. The Prince has made several attempts to calm down the tabloids, and the couple are suing the Daily Mail over the publication of a private letter Markle wrote to her father. Harry has particularly noted the "racial undertones" of some anti-Markle tabloid reporting, which, yeah.

ITV's Harry and Meghan: An African Journey documentary about the royal couple's recent tour of South Africa airs in the US on ABC this Sunday. Say it with me: Leave! Meghan! Alone!