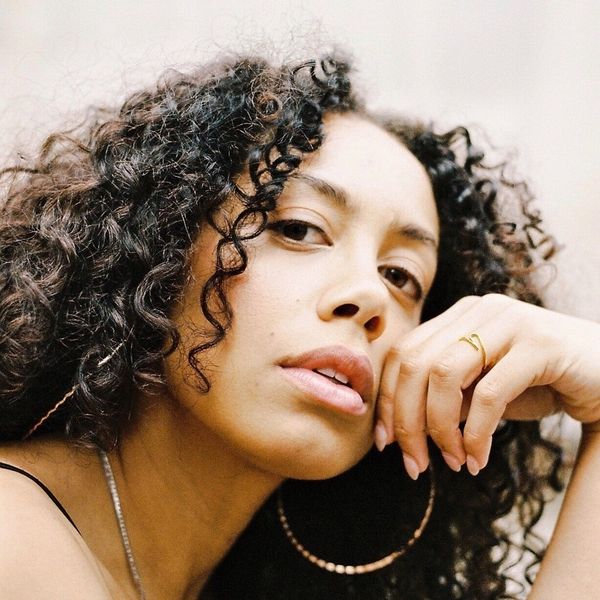 One year ago, Jayda Guy was fresh off her DJ set at a London festival when she had to fly to Vancouver, Canada, to defend her master's thesis. She passed and graduated with a master's degree in resource and environmental management, but not before quickly flying out of Vancouver, playing three more festivals in Europe, and promptly getting "really sick, of course." She's lighthearted about it, saying that "all was worth it." This is the life of Jayda G: environmental toxicologist, DJ, and producer making a name for herself in the world of house music, from Vancouver to Berlin..

This past March, Jayda G released her debut album, Significant Changes, a project she completed while living in Berlin, gigging almost every night, and writing her thesis on the effects of chemicals on whales off the coast of Vancouver. The album is structured similarly to her thesis, with track titles named after parts of it and excerpts from environmental activists mixed in. On "Orca's Reprise," Jayda G samples orca sounds, weaving them seamlessly into a beautiful, calming melody. The result doesn't feel like a gimmicky science-class tactic to get you to listen; it just feels natural.

Alongside whale sounds, the album has a few standout bops: "Stanley's Get Down (No Parking on the DF)" is a groovy track that pokes fun at Instagrammers who take up space on the dancefloor by taking selfies instead of letting loose: "Hey you, I see you / With your phone, looking at Instagram / This is the dance floor, baby / This is where you're supposed to get down!" From the scientific field to the turntable, Jayda G is all about getting down, having fun, and following her heart.

PAPER caught up with Jayda G to talk her debut album, environmental activism, Pride, and her upcoming appearance at the LadyLand Festival.

Your debut album, Significant Changes, came out in March. You've been on the album tour for a few months now. Have you had any unique experiences touring with the album?

Totally. I did a residency at Phonox — it's this lovely club in London. I played there every Friday night for the month of February. That was when we were launching the album campaign, putting out the singles. The first single "Leave Room to Breathe" came out a couple weeks earlier, and I was playing my last show at this residency, and I played that song. There were all these girls in the front row, and they all started screaming the lyrics. I was like, "Oh my God, this is insane!" [LLaughs]. It was amazing. It was so cool. It's such a weird feeling to be working on something in your own little bubble for so long and then, all of sudden, to see these complete strangers relating to it and singing to it. It's a pretty mind-blowing experience, I'm not going to lie [Laughs].

You're from outside of Vancouver, but you've lived all over. How has that influenced your work?

I grew up in a tiny town called Grand Forks… three hours directly north of Spokane, Washington, on the Canadian side of the border [Laughs]. Just to give you a geographic placing. 4,000 people, very picturesque, surrounded by lots of trees and lakes, really revolved around nature. I grew up there, and then I moved towards Toronto for my undergrad. Then I moved around a lot. I lived in LA for a time. I moved to Maui for a little, where I was working on sea turtles. That's what you do when you're in biology, you try to get as much fieldwork experience as possible. So I was moving around in order to gain that experience, and then eventually it landed in Vancouver. Now I'm in Berlin. I don't know how I got here [Laughs].

Was incorporating science into your music a natural direction for you, or was your intention to become a kind of musical activist?

In a lot of ways, as a musician and as an artist, your environment informs your art. So, for me, when I moved to Berlin in 2016, I had finished my coursework for my master's, but I hadn't finished my thesis. And when you're writing your thesis, you're in it. Your head is deeply in it. So there would be moments where I'd be researching killer whales. I would be Googling, going down the internet rabbit hole, and end up finding a clip. You're like, "I wonder what orcas sound like with this?" I just found all these samples and put them on my desktop. Music for me was really an emotional outlet, so when I would make music, I'd be like, "Oh, hmm, here's this sample that's on my desktop," [Laughing]. So it started off very organically.

Related | The Gossip and Honey Dijon to Headline LadyLand

Oh, wow. What happened after that?

Yeah! Exactly. It's amazing. The Canadian government had to put together a plan for how they're going to save these whales, and in that plan was: "Fund the research for a master's student." I was that master's student. So in honor of all that I had to write a whole chapter in my thesis about this. And Misty MacDuffee, who's the woman talking on "Missy Knows What's Up," was one of the main advocates for the environmental group suing the Canadian government. So I actually asked her: "Hey, there's this clip that you were talking on the radio show, I'm the student from this court case, is it okay if I use your voice?" She was so excited. She was like, "Really? Wow!" [Laughs].

So, in that sense, it's a little bit of both. On one end, it's just organically my environment, it's what I was immersed in, so it informed my music. Later on, it's still important to me. It's an experiment in a way. I thought, Okay, I'm using these little clips and naming the track titles after my thesis in a way, does that help inform people? I don't know. I might as well try, because that's where my heart is.

You're coming to New York soon to play the LadyLand Festival. Have you ever played a festival that centers queer music like LadyLand does?

Not to the extent that LadyLand does, but I've played parties that definitely center Pride and queer people. The first time I played in Korea, it was a queer party, and it was so fun. In April, I did an Asian tour — India, Korea, Japan, China. India was just so cool. The club that I was playing [was part of] a chain of clubs in India, and they're really big within the queer and LGBTQ community and it has a huge drag scene, but they're trying to build the club to be a club for DJs, so what they did is they had Violet Chachki, Season 7 winner of RuPaul's Drag Race and she did this amazing drag performance. They had all these local drag queens from Delhi. And then I DJ'd for a bunch of hours after the drag performances. It was such an odd pairing but it worked. It was so fun. I was having the best time. To sum it up, it was an amazing experience, and so I feel like LadyLand is just going to top this off even more, to an even greater extent.

What does Pride mean to you, and what does it mean to be part of that celebration?

I think it's incredibly uplifting and inspiring, because in the end, house music — which is what I play — is made for people to truly be themselves, and feel safe to be themselves. That's what it's all about. To be able to play for a show that is really Pride-centered is the ultimate. It's the music coming together with the right people, and I just feel like it's going to be fantastic.