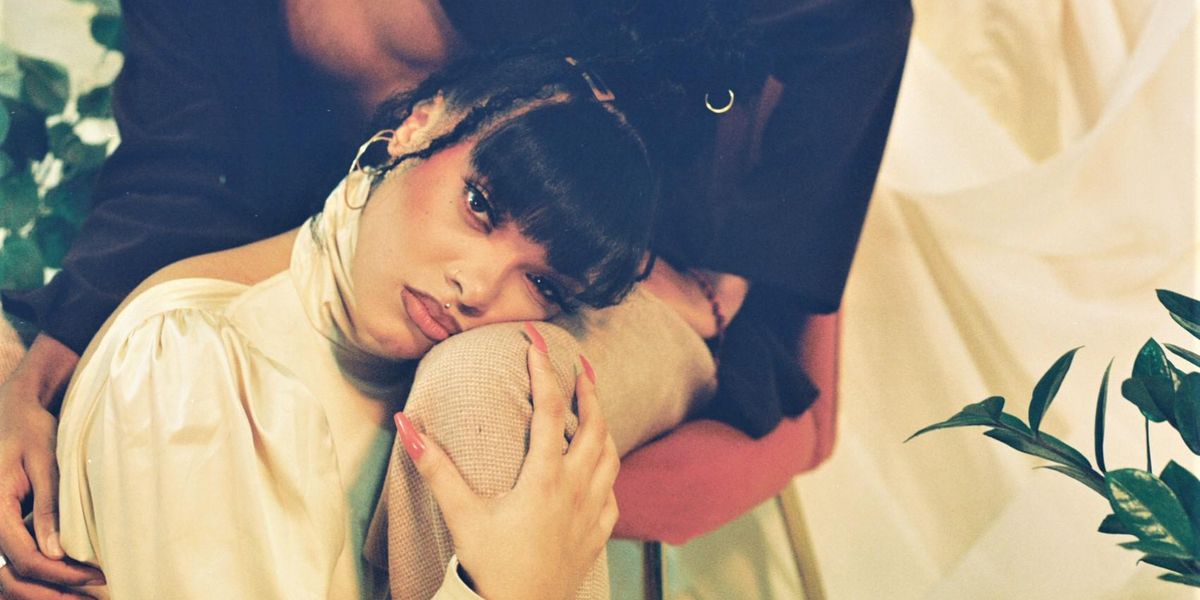 D.C.-bred and LA-based musician Marti wrote her new single, "Easy," towards the beginning of the end of her last relationship — a period ripe with emotion and, if you're a singer/ songwriter, endless inspiration.

"We were going through a rough patch and I knew we may not make it," says the self-proclaimed "vampire songstress" and "moody earth sign." Her personal life was filled with "so much turmoil" and her relationship, "which was once a safe haven," began feeling more like a prison.

The result of her pain is now a relatable, bluesy track that's chilled out in a wash of drunken guitars and sludgy drums. "Baby, won't you be easy?" she asks, pleading repeatedly for a love that's "easy, easy." It's beautiful and cinematic, milking heartbreak for all its worth.

For Marti, the song's repetition was intentional and "out of urgency." As an admittedly "emotional person" that tends to "take things very to the core," she was "pleading to be heard that I needed things easy, which to me meant with softness in love." And while she never played "Easy" for her boyfriend at the time, now he finally knows Marti's true feelings.

The self-directed music video, premiering today on PAPER, builds off her single's vintage instrumentation by honoring Marti's ancestors in subtle ways throughout. Its muted color palette pays homage to "old sitting portraits from the 1800s and early 1900s," she says, "where Black families would wear their absolute best and pose together to be encapsulated forever."

The vintage props were included to amplify Marti's lyrics and "signify the idea of old love being 'tainted' as those marriages back then were not perfect and had a lot of secrets behind them. They also serve as "somewhat of an altar," she adds, "pointing to old divination and spirituality of our ancestors past and present." Because, ultimately, Marti wanted "to pay homage to Black excellence and opulence of yesteryear."

"Easy" follows Marti's previously released singles "Mothers & Fathers" and "Lust," the latter of which she dropped through OnlyFans as both a celebration of sex workers and a powerful statement about their rights. "Tell me all your fantasies," she sings in that recognizable, smokey voice. "Dirty fantasies you know I'll keep."

Formerly a fixture of downtown NYC and D.C. nightlife, Marti's signature live performances eventually caught the attention of artists like Duckwrth and Dev Hynes, who invited her onto his 2018 Blood Orange effort, Negro Swan, alongside names like Janet Mock, Ian Isaiah and Tei Shi.

Related | For Duckwrth, Happiness Is an Era

Now a rising leader in neo-soul and gothic R&B sounds, Marti is gearing up to continue carving out her lane in 2021. And if her three singles so far are any indicator, it should be an "easy, easy" process for the breakout artist.