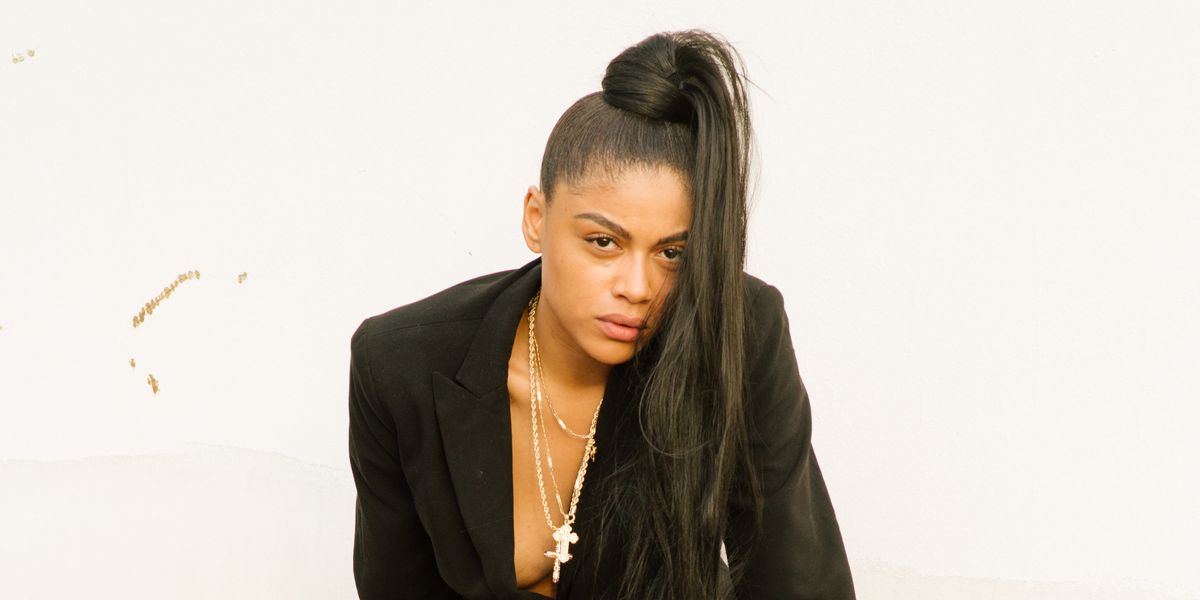 "Why can't it be Big Pussy Energy?"

As those of you Internet savvy culture-vultures may know, The Cut released an instantly viral piece about "Big Dick Energy" (#BDE), described as "a quiet confidence and ease with oneself that comes from knowing you have an enormous penis and you know what to do with it. It's not cockiness, it's not a power trip — it's the opposite: a healthy, satisfied, low-key way you feel yourself."

On The Cut's Instagram promoting the post, everyone from Ariana Grande to yours truly wondered aloud into the echo chamber of the world wide web: "Do I possess big dick energy?" For me, honestly, I was ready, willing, and able to accept whatever Rihanna was/is packing (apparently to receive her BDE, one needs "a Teflon cervix") and made a joke as such.

The thing about BDE though, whether or not we want to acknowledge or accept it, is that it can be triggering for those who see the association of penises with types of power as rooted in oppressive and harmful patriarchal rhetoric. The concept of BDE, while playful, essentially posits that penis, even if it's "not cockiness," is power, so what does that make everyone else?

Electronic musician Maluca Mala posted this comment to The Cut's Instagram page, and it was an ah-ha moment that made us reach out.

Read on as Maluca chats with PAPER about the ways in which patriarchal ideas unfortunately entrap us, de-programming, mindfulness, and the gentler, more inclusive philosophy behind BPE (Big Pussy Energy).

The first thing I noticed about the Big Dick Energy moment is how deep patriarchal ideas are ingrained in all of us. When all of this came out about #BDE yesterday, I think many of us probably got swept up in it as the latest Internet meme and cultural language, myself included. I even wrote on The Cut's page as a joke that I had Teflon cervix and was ready, willing, and able.

Tell me more about your take on this whole moment.

When I saw it, I was like ugh, I hope this doesn't turn into anything. I hope this is nothing, because I'm really over it. I'm over this idea that a man or his genitals have anything to do with being strong, confident, or powerful. This is just reinforcing the narrative and the stereotype that having a pussy is weak; that being a woman is weak. First of all, have you ever seen a man when he's sick? They're babies! And also, can everybody just get with the program? We're trying to debunk patriarchy and harmful gender roles anyway!

We're in the era of #MeToo and people are fighting a president who said "grab 'em by the pussy." Big dick this, big dick that just reinforces ideas of male control. I understand the playfulness intended, though.

Yes, but it does reinforce those ideas. First of all, I looked at the list. Justin Theroux and Justin Bieber? It just restates that men are at the top, and white people are at the top. It reinforces all the things that we are trying to fight against at the moment. There are so many no-nos in this whole message. Justin Theroux? No shade to him, but are you fucking kidding me? I can't!

I think there are multiple truths at once. There's this, and also more than ever, women artists are coming out and owning their stories and themselves and reclaiming pussy power. What would you say to anyone who says that maybe we're taking the #BDE meme a little too seriously?

Well, it's playful and I get it, they were being cute and funny, but also, were reiterating a narrative and a stereotype that myself and a lot of people are just sick of. They can't coexist. You can't be celebrating pussy power one day and then be like, it's all about having big dick energy. So it's disrespectful. It doesn't make any sense, and it feels like a put-down.

Patriarchal ideas are ingrained, but it doesn't let us off the hook, especially if we know better. When I read your message, I was like, oh shit, she's right, but I didn't think of it right away. People just buy it as truth without even questioning.

I'm in a point in my life where I'm constantly and consciously trying to debunk and de-program colonialism and patriarchal messaging. It's not about shaming people; it's just about asking questions, like why? Why is this so? A lot of the messaging I got as a girl is like "pussy's ugly." Girls around the world get those messages in society and pop culture. Even DJ Khaled was talking about how he didn't eat his wife out.

I remember that moment. In a weird way, though he was expressing sexual preference, it was also yet another way of saying "pussy is bad or gross."

Right, so it's not about shaming, but it's just about questioning why we absorb things like this so easily. I don't want to get to deep into it because I have my own issues with the whole Kanye West controversy, but when he talking about going with the program — are we just going with what everyone else is saying? Because it's cool?

De-programming is like breaking out of an eternal REM cycle. It's interesting to think of how things like these catch fire on the Internet and just become accepted immediately as truth.

I thought this morning about men and women who are transitioning. It's not about having a penis or a pussy. Who knows how triggering this is for them? If we have to take it there, though: yes, I love my pussy. My pussy is big, fat, and strong. I don't want to have big dick energy, I'll stick with my big fat pussy energy anyway.

When I think of colonization, it looks like cisgender men entering spaces and violating the people within it. In this context, some would say that #BDE is also about men who possess a quiet confidence but everyone knows they have a big dick, which feels like a subversion of something that could have more harmful historical roots. It's interesting to look at it that way, too.

These are also the sorts of energies to be wary of, too. Sometimes, the quiet confidence hides more predatory inclinations. Not for everyone, but if you're shifty in the world, or on the DL, there are other layers to consider. It's worth being a little more mindful and asking these questions before we react. What does confidence really mean? What does power really mean? How do those of us who have been marginalized reclaim our own?